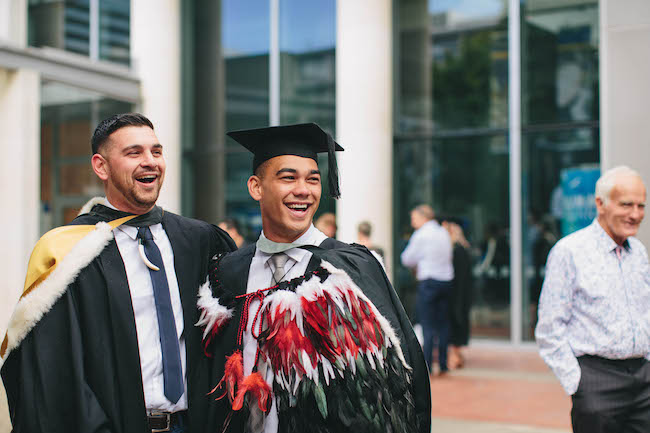 Honouring Otago’s proud tradition of parades and processions, while at the same time showcasing who the University is today, the “Colours” street parade on Saturday 16 March starts at the Dental School at 10:30am, moving down George Street and finishing in the Octagon.

The wider University community including staff and students will be joining together to share the “colours” of the University with residents and visitors to the City of Dunedin, wearing the colours of their academic regalia, colleges, cultural dress, sporting or club uniforms, or T-shirts organised with colleagues.

Leading the parade wearing korowai will be members of the Māori community associated with the University, reflecting the University’s Memorandum of Understanding with Ngāi Tahu.

More than 25 clubs will be taking part and some will be performing as they march, including those from dancers and cheerleaders associations. Each cultural group will be waving their country’s flags and all the colleges will have their own banners. Capping Show cast and alumni will be dressed in costumes, stiltwalkers will be in Otago’s colours alongside historic university characters and others in Victorian costume.

At the Octagon there will be an official welcome to the city from mana whenua, the Mayor David Cull, the Chancellor Dr Royden Somerville QC and the President of OUSA James Heath.

After the welcome, the Sextet will perform, followed by the band Loose & Colourful. The community is encouraged to ask staff about the meanings of the different colours of the gowns and hoods. Volunteers will have colour charts of the regalia to engage people and there will be an information tent in the middle of the Octagon providing details about 150th anniversary events and other information about the University.

On Wednesday 13 March, the OUAFC starts the season with a special launch at the Otago Business School at 7pm to celebrate the new Māori name that has been chosen for the club and to showcase the commemorative 150th anniversary kit.

In what is believed to be a first for a South Island football team, the club has adopted a Māori name - Te Kapa Poiwhana o te Whare Wānanga o Ōtākou. The club went through the Treaty of Waitangi Committee process in adopting the name which resulted in the name being gifted to the club.

On Friday 15 March the history book Otago, 150 Years of New Zealand’s First University by Dr Alison Clarke will be launched at the University Staff Club at 5.30pm. Dr Clarke, an experienced historian and author, spent five years part-time researching and writing the history.

Pacific at Otago has planned a weekend of anniversary events, including a Masters Golf Tournament at Chisholm Links, walking tours from 2pm leaving from the Visitors’ Centre, and an “Evening at the Pub” at the Union on Friday 15 March.

On Saturday 16 March, a Pacific Corporate 150th Dinner with the theme O le Folauga – The Journey will be held at the Dunedin Town Hall. This will be an evening to celebrate, reminisce and re-strengthen the “daring” spirit for tomorrow, and features the Otago Pacificana Students’ Choir and Performing Arts Group. 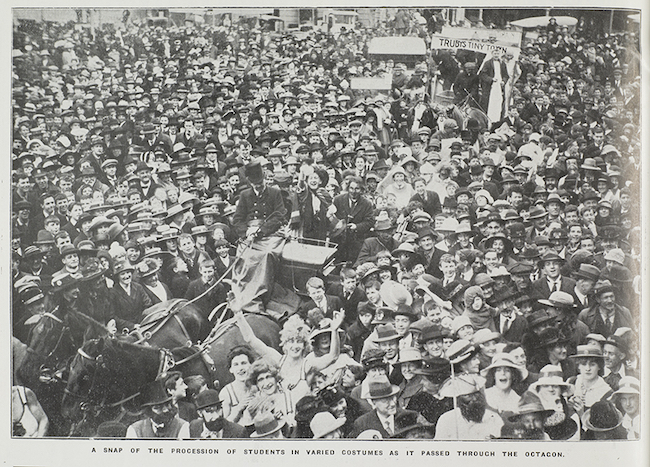