1869 Conference and Heritage Festival to celebrate a range of ‘firsts’ 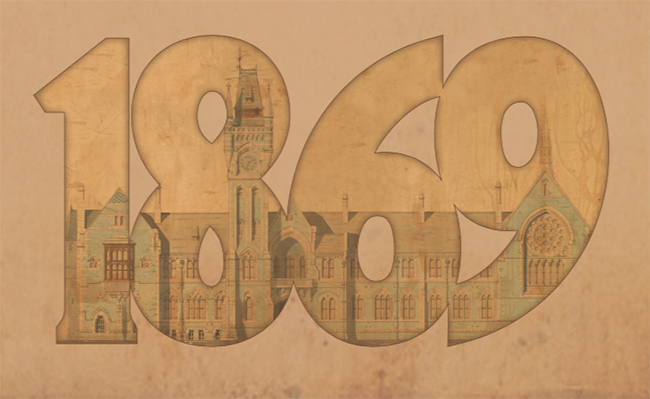 The many important scientific, political, commercial, cultural and medical milestones reached 150 years ago are set to be explored and celebrated during the 1869 Conference and Heritage Festival, which starts in Dunedin on 25 September.

University of Otago History programme Associate Professor Angela Wanhalla says 1869 featured many “firsts”, which were to have lasting historic significance. 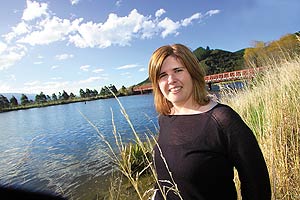 A hemisphere away, the University of Otago was founded.

To explore the impact of these, and a host of other developments more relevant to New Zealand’s history, the line-up for the conference and festival combines a traditional academic programme with a range of public heritage festival events, special forums and social engagements.

Associate Professor Wanhalla, who is also a member of the University’s Centre for Research on Colonial Culture (CRoCC), says the conference offers an opportunity for both the public and academics to critically explore what was a crucial decade in New Zealand, Otago and the University’s history.

“In that decade the Otago goldrush began, there was war in Taranaki, the Waikato and on the East Coast of the North Island, and at the end of the decade British and New Zealand writers and intellectuals argued for women’s political rights.

“This was also an important decade in scientific, literary and cultural production. We have invited speakers and keynotes who embody these diverse histories and we look forward to sharing all these important discussions with our academic and wider communities,” Associate Professor Wanhalla says.

CRoCC is excited to be partnering with the AVSA to deliver the 1869 Conference Heritage Festival, and to present a theme inspired by the commemoration of the University’s founding, she says.

In addition to the conference, the 1869 committee will, throughout the week, be offering optional add-ons:

2019 marks the 150th anniversary of Nature, the most authoritative scientific journal in the world. The history of Nature mirrors how science and its role in society have changed over that time. 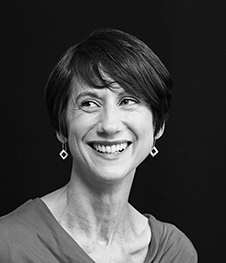 As Chief Magazine Editor for the journal Nature, Dr Helen Pearson oversees its journalism and opinion content. She will talk about the journal’s rich legacy and its continued mission to serve the global research community and communicate the results of science worldwide.

Dr Pearson’s own work as a science journalist and author has won accolades including the Wistar Institute Science Journalism Award and two best feature awards from the Association of British Science Writers. Her popular science book, The Life Project, was published in 2016 to critical acclaim. It was named best science book of the year by The Observer, was a book of the year for The Economist, was longlisted for the Orwell Prize, and Highly Commended in the British Medical Association book awards 2017. It tells the story of the British birth cohorts, a remarkable series of scientific studies that have tracked generations of children growing up in Britain over the last 70 years, and the far-reaching discoveries that came from them.

150 years of Nature: the past, present and future of a leading science journal

Marion Thain is Professor of Literature and Culture at King’s College London, and Dean of the Faculty of Arts and Humanities. She began her career as a Junior Research Fellow at Cambridge University, and worked in English departments at Russell Group universities before moving to New York University as a professor of Arts and Literature in the school of the interdisciplinary global liberal arts (Liberal Studies), and as Director of Digital Humanities.

She publishes primarily on aestheticism; poetry and poetics; technology and the arts. Her publications include The Lyric Poem and Aestheticism: Forms of Modernity (2016); The Lyric Poem: Formations and Transformations (2013); Michael Field: Poetry, Aestheticism, and the Fin de Siècle (2007); Poetry of the 1890s (1998).

Megan Potiki hails from Ōtākou and is of Kāi Tahu and Te Ātiawa descent. She teaches at Te Tumu: School of Māori, Indigenous and Pacific Studies at the University of Otago. Her research interests are focused on the loss of te reo Māori at Ōtākou, traditional mōteatea and new waiata composition, takiaue (death and Māori customs pertaining to the dead), and the written Māori archives of the past that have a particular geographical focus on her tribal region of Kāi Tahu.

Tilly studied microbiology at university and looked forward to a glittering career in bossing around lab rats. It hasn’t quite turned out that way.

After university, a love/hate relationship with pipettes and RNA extractions drove her from the lab and into the arms of the Australian Broadcasting Corporation (ABC). There, she discovered a natural talent for science gossip – she liked talking about other people’s science more than doing her own.

At the ABC, she talked about science on the radio, coordinated and hosted live science stage shows for young people, researched for science TV shows like Sleek Geeks and managed a science festival. Tilly then morphed into a curator at the Museum of Applied Arts and Sciences in Sydney, developing exhibitions about health, medicine, engineering, experimentation and the human voice. And there’s no stopping her now. As the Curator at Science Gallery Melbourne, Tilly will be busy delivering the DISPOSABLE season in 2019 and developing the opening show – MENTAL – in 2020.

Wellington-born Lisa Chatfield grew up in Auckland, trained in Christchurch, and in 1999 produced definitive Dunedin movie Scarfies, before time in Sydney and a return to Wellington to work at the NZ Film Commission.

Telling the story of a group of students who run into trouble when the owner of their squat shows up, Scarfies was chosen for Sundance, and became New Zealand’s third highest grossing Kiwi movie of the 90s (behind Once Were Warriors and its sequel). The NZ Herald's Russell Baillie called it “the most outlandishly entertaining New Zealand film in years”. The Dominion Post declared it “a bona fide Kiwi classic”.

Dr Catherine Smith is a Senior Lecturer in the University of Otago’s Archaeology Department. She has research interests in material culture, in particular analysis of early Māori textiles, as well as developing innovation in provenancing, materials investigation, and textiles preservation.

Professor Liam McIlvanney is the inaugural Stuart Professor of Scottish Studies and head of programme at the Centre for Irish and Scottish Studies at the University of Otago. His second novel, Where the Dead Men Go, won the 2014 Ngaio Marsh Award for Best New Zealand Crime Novel. His most recent novel, The Quaker, won the Scottish Crime Book of the Year Award in 2018.

Tina Makereti writes essays, novels and short fiction. Her latest novel, The Imaginary Lives of James Pōneke (Vintage 2018), tells the story of a young Māori man who is exhibited in Victorian London.

She is co-editor of Black Marks on the White Page (2017), an anthology that celebrates Māori and Pasifika fiction. In 2016 her story Black Milk won the Commonwealth Writers Short Story Prize, Pacific region. Her first novel Where the Rēkohu Bone Sings won the 2014 Ngā Kupu Ora Aotearoa Māori Book Award for Fiction, also won by her short story collection, Once Upon a Time in Aotearoa (2010).

In 2009 she was the recipient of the RSNZ Manhire Prize for Creative Science Writing and the Pikihuia Award for Best Short Story in English. Tina teaches creative writing and Oceanic literatures at Massey University. Her collection of personal essays, This Compulsion in Us, will be published early 2020.