Which charities do you support and why? 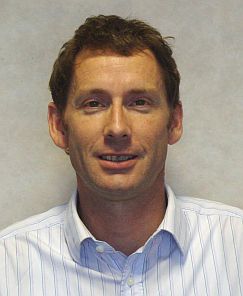 Do New Zealanders prefer to support charities with a local or global focus? And what reasons do people give for supporting different types of charity?

University of Otago Business School Professor Stephen Knowles is interested in the “landscape” of New Zealand donations – what affects people’s decision to donate, and what underpins donor preferences.

He and Dr Trudy Sullivan’s field experiment on charitable giving has found that charity in New Zealand really does begin at home.

A group of New Zealanders invited to take part in a survey on charitable giving were “rewarded” for completing the survey, with money to be donated on their behalf to a charity with a local focus (the Salvation Army) or with a global focus (World Vision).

Knowles was surprised that so many (77 percent) supported the local charity, given there is a growing trend known as the “effective altruism movement“. This argues that because there is much more need in developing countries overseas, donations spent there can achieve more good than the same amount of money spent in a rich country like New Zealand.

Professor Knowles’ results are not particularly good news for the effective altruism movement.

While many New Zealanders do care about need in a developing country, how do they decide which developing countries would they prefer donations were spent in?
Another Otago research project (conducted by Professor Knowles, along with Associate Professor Paul Hansen, Nicole Kergozou and Dr Paul Thorsnes) identified some key characteristics that influence New Zealanders’ donations to charities like World Vision.

This study found that most participants would prefer that aid money goes to countries with high rates of hunger and malnutrition and to countries where children mortality is high. Average income, and quality of infrastructure such as schools, roads and electricity supply, were less important factors. Ties to New Zealand was considered the least significant issue.

Professor Knowles has found in other research (with Maroš Servátka and Dr Sullivan) that donors are more likely to give to charities when there is no deadline specified by which they need to donate.