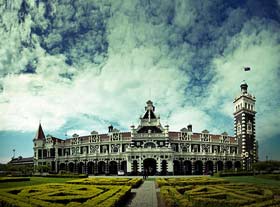 Historic and sophisticated, Dunedin is the quintessential university city.

Modelled on Edinburgh in Scotland, it is one of the best preserved Victorian and Edwardian cities in the Southern Hemisphere.

A long, natural harbour gives way to the church spires and towers of the historic town centre and university, set against high, green forested hills.

A golden trail of beaches and dizzying cliffs skirt the city’s thundering Pacific Ocean flank, where seals, penguins, albatross – and incredible surf – can be found.

Deservedly, Dunedin is now a popular tourist destination in its own right. 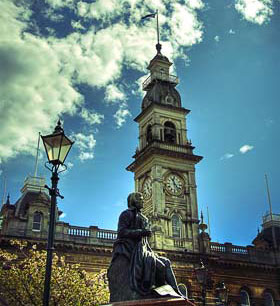 The heritage feel of Dunedin is a legacy of the region's 1860s gold rush, which briefly turned the city into the industrial centre of New Zealand.

The boom did not last, but Dunedin developed a solid tradition for education, while retaining its sophistication and grandeur.

It occupies a special place in the nation’s heart as a haven for creativity and a producer of fine minds.

As well as the lure of the spectacular coastal landscape, other attractions include the fairytale-like historic Dunedin Railway Station, and reputedly the world’s steepest street, Baldwin Street, which runs an annual (and literal) gut-buster race.

A popular addition to the city is the peaceful Chinese Gardens, created to remember the city’s Chinese industrial past.

The colourful city centre, just a few minutes’ walk from the campus, is full of cafes, restaurants, bars, boutiques and shopping centres of an international standard.

The harbour, a popular place for kayaking, rowing, windsurfing, fishing and yachting, is also a short distance from the eastern side of the campus.

The Botanic Garden's 28 hectares of trees and park-land is located a few hundred metres from lecture theatres, and is a popular lunchtime venue with students and staff.

Modern infrastructure, including an airport, public transport and health facilities, service the population of more than 120,000. 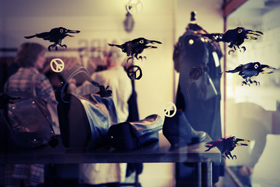 Dunedin is known for its culinary experiences. Award-winning restaurants serve fresh local seafood and delicacies, quirky bars are found in intriguing alleyways, funky cafes filled with coffee purists and connoisseurs and an entertainment precinct that thrives on the vibrancy, brought about by being a university city.

Dunedin has an iconic style. Visit the studios of the country’s top designers; browse the contemporary designer boutiques, artisan jewellery workshops and the hidden delights of our vintage shopping precinct.

Dunedin is often dubbed ‘Rugby City’ for the infectious carnival atmosphere that takes hold every time a major rugby match is hosted. The hospitality of Dunedin at these events is the envy of the rest of the country.

Significant snow-falls occur perhaps once every two to three years, although frost can make a more persistent presence in winter.

Other attractions further from Dunedin include the Catlins native forests and the ski fields and wineries in the Queenstown Lakes/Central Otago region – just a few hours’ drive away. 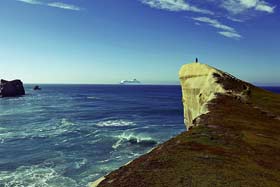 Historic Oamaru and Moerakei Boulders are les than an hour away, with many idyllic coastal villages to visit along the way.

Dunedin is a vibrant, stunningly beautiful and peaceful place to live and study – and the gateway to the rest of the best New Zealand has to offer.