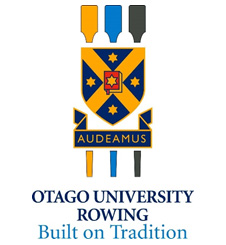 September is a special month for two of our annual fundraising appeals.

This weekend, alumni from the Otago University Rowing Club will gather to celebrate the club’s 90th anniversary, with a weekend of events including fun races for alumni on Saturday.

Following the reunion, as part of the University’s 150th anniversary celebrations, the club is hosting an International Universities Rowing Regatta from 2-5 October, with crews coming from as far afield as Russia, China and Japan.

The regatta is hot on the heels of the OURC Men’s Eights success in Nanchang, China, where the team won gold in the 6km and silver in the 1000m races - beating crews from the Chinese National team, Harvard, Oxford, Cambridge, MIT and Tokyo.

Racing begins on Wednesday 2 October at 8am on Otago Harbour with the 5000m finishing at the OUSA Aquatic Centre in Magnet Street.

On Thursday racing moves to the International Rowing Course on Lake Ruataniwha, Twizel, at 11am, for the 2000m, and on Saturday it’s back to Otago Harbour at 8am for the 250m sprints.

OURC was formed in 1929 to provide students with the opportunity to compete against other universities in New Zealand. Today the club boasts a membership of around 230 and runs a high-performance rowing programme in conjunction with the University and Rowing New Zealand’s regional performance centres, which attracts both domestic and international students keen to develop their sport alongside their study. 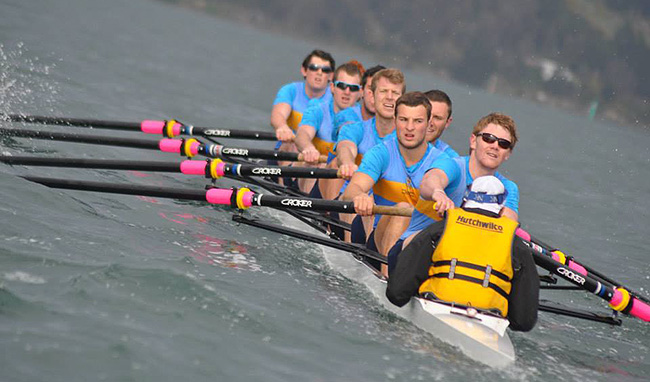 As part of Otago’s 150th anniversary fundraising appeal, the University is seeking to raise an endowment fund of NZ$1 million so that interest generated from the endowment can support a full-time Club Manager and Club Coach.

By financially supporting this very valuable student club you will be contributing towards its continued success and provide our student rowers with the opportunity to compete, travel and grow as athletes and as people. Club boats, facilities and awards may be named in recognition of your generous support.

Make a donation to the Otago University Rowing Club

Alzheimer’s and other dementias are often diagnosed when the quality of life for a loved one has already begun to deteriorate. There is no way to stop, or slow the progression of the disease, and current treatments can only address symptoms.

The first step in finding a cure for Alzheimer’s before it impacts the next generation, is to develop a way to diagnose the condition as early as possible.

A team of researchers from The University of Otago’s Brain Health Research Centre and Brain Research New Zealand is actively working to develop a better way of diagnosing Alzheimer’s disease. The researchers come from a range of departments, including Anatomy, Biochemistry and Psychology, and have been working together for a number of years to develop a blood test which can identify people with Alzheimer’s disease. Their work is at a very promising stage.

Researchers developed the test using donated blood samples from people who have already been diagnosed with Alzheimer’s disease. The research team want to extend their work to identify at-risk people before they show signs of dementia.

The team leader on this project, Dr Joanna Williams, believes that this is where the work needs to go in the future:

“Our ultimate goal for this blood test is that it will not only help diagnose Alzheimer’s, but could also spot the disease before people show any clinical signs.”
- Dr Joanna Williams

“Our ultimate goal for this blood test is that it will not only help diagnose Alzheimer’s, but could also spot the disease before people show any clinical signs. Alzheimer’s begins some 10 to 20 years before it’s clinically diagnosed, so development of such a test would mean that doctors could start treatment for the high risk population much earlier than is currently possible.”

All over the world, September marks Alzheimer’s awareness month. If someone close to you suffers with Alzheimer’s you know that there are struggles every day of the year. But during this month, we all come together in support of people living with Alzheimer’s, their caregivers, and to remember those we have lost. You might want to do something special in honour of someone you love who has been affected by this disease. Donating to Alzheimer’s research is one way to honour your loved one and help find a cure.

When you donate to Alzheimer’s research at the University of Otago, your money will directly help the research team working on this early diagnosis test. You can donate in honour of a loved one and, as a special thank you, we will display their name in our Brain Health Research Centre.

Make a donation towards the Alzheimer's blood test research