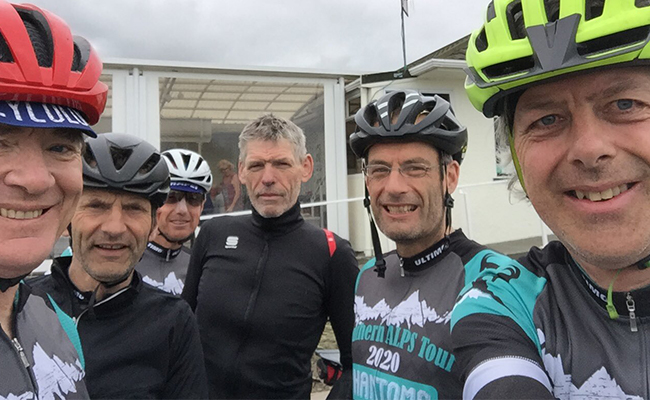 In November he and his fellow professors Gerry Closs (Zoology) and David Lont (Accountancy and Finance) spent nine days on the road cycling from Dunedin to Nelson via the West Coast as part of a larger team of riders and support crew from the Phantoms cycling group.