An inspirational group of 21 University of Otago alumni and staff received Queen’s Birthday Honours at the weekend. The 18 alumni and three staff members were recognised for their outstanding contribution and service across a diverse range of areas, including ecological research, art, music, health, business, rural communities, sport, conservation, special education and local government.

The highest honours of Dame Companion and Knight Companion of the New Zealand Order of Merit were awarded to Otago’s Emeritus Professor Carolyn Burns CBE and alumnus Grahame Sydney ONZM. 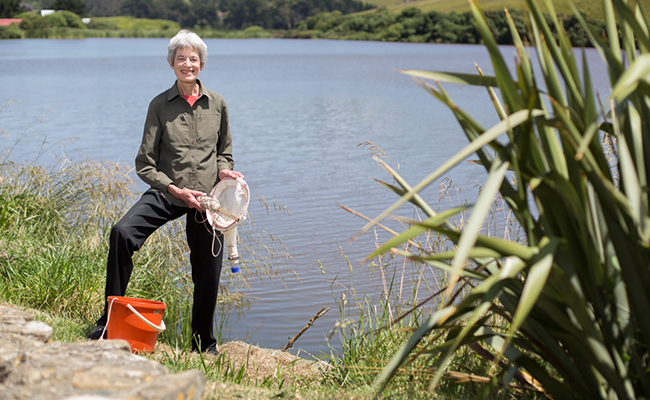 Dame Carolyn Burns has been recognised in the Queen's Birthday Honours.

Dame Carolyn is a leading international authority on the ecology of lakes and was recognised for services to ecological research. She says she felt a “whole lot of emotions” when she heard she had been awarded the honour.

“I was obviously very surprised and overwhelmed. I feel very, very honoured by the whole thing, and also very humbled. I also feel considerable gratitude for all those who helped support me along the way and continue to support me now.”

She says she feels encouraged by the award because it gives recognition to the importance and value of our freshwater lakes.

“With the focus more on the quality of rivers, our lakes have been undervalued and slipped under the radar in terms of public profile, and also in recognition of their role and value not just as places where we swim. We’ve taken for granted how much they underpin our tourism industry – when you look at New Zealand in pictures, there’s always a lake.”

Lakes also feature in New Zealand’s spiritual and cultural fabric, including being central to many Māori legends, have huge recreational value, and have inspired generations of photographers and artists.

She says government and local bodies, research projects and local communities need to come together to protect our lakes.

She has been involved with the Lakes380 project, which is co-led by GNS Science and the Cawthron Institute and involves sampling 10 per cent of New Zealand’s lakes across the country. Measurements are taken from sediment cores and the overlying water to establish baselines against which to measure climatic and vegetation change. Community groups are also involved with collecting samples and learning about how to monitor the health and take care of their lakes.

Dame Carolyn has also used the samples from Lakes380 to study two invasive species of Daphnia to try to determine what has allowed them to spread into so many of our lakes.

“It’s looking as though dispersal might be related to distance to the nearest road – how accessible lakes are to humans.”

Dame Carolyn’s pioneering research on the ecology of zooplankton has underpinned much of the modern theory of lake biomanipulation, whereby lake food webs are managed to maintain water quality and lake health. For her research, she was awarded the International Limnological Society’s Naumann-Thienemann Medal in 2007, and more recently the Marsden Medal and the Thomson Medal from the New Zealand Association of Scientists and Royal Society of New Zealand respectively. She was the first female President of the International Limnological Society, Chair of Nature Conservation Council and member of the National Parks and Reserves Authority. She was a regional councillor of the World Conservation Union (IUCN) from 1984 to 1990, chaired the New Zealand committee of IUCN members from 1986 to 1990, was elected a Fellow of the Royal Society of New Zealand in 1993, and was subsequently the first woman to chair the Society’s Academy Council.

Dame Carolyn began teaching at Otago in 1969, was Head of the Department of Zoology from 1998 to 2005, and continues to tutor fourth years, supervise PhD students and undertake research.

Sir Grahame, best known for his landscapes of Central Otago, was honoured for services to art. His career spans five decades across mediums including oil painting, watercolour, egg tempera, lithographs, etching and photography. His works are represented in the collections of all New Zealand’s major galleries and in private collections both nationally and internationally.

Sir Grahame’s photographs comprise two books, White Silence and Grahame Sydney’s Central Otago. His works are the subjects of several books including Grahame Sydney Paintings 1974-2014 and his own publications have included Promised Land: From Dunedin to the Dunstan Goldfields (2009). He was a driving force behind the creation of the Henderson House Artists in Residence Programme in Alexandra and he now chairs the Henderson Arts Trust.

Sir Grahame has advocated on various environmental issues, including the successful ‘Save Central’ campaign, and he was a founding member of the Central Otago Wildling Conifer Control Group. He graduated with a BA (English and Geography) from Otago in 1970 and was a Frances Hodgkins Fellow in 1978. 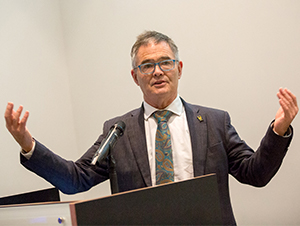 The former mayor of Dunedin, Otago alumnus Mr David Cull was appointed a Companion of the New Zealand Order of Merit CNZM for services to local government in April, shortly before he died. Mr Cull was a Councillor from 2007 and Mayor from 2010-2019 of Dunedin City Council.

Award-winning biotechnologist Dr Max Shepherd JP was also awarded a CNZM. Dr Shepherd played a leading role in the emergence and success of the New Zealand biotechnology industry and was appointed Foundation Professor Oral Biology at Otago University from 1981 to 1994.

Otago alumni Professor Emeritus David Richmond and Dr Simon Rowley, both of Auckland, were awarded the CNZM for services to health and education, and paediatric and neonatal care respectively. 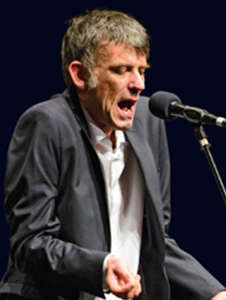 Otago alumnus and staff member from 2000-2020, Dr Graeme Downes, was awarded a Member of the New Zealand Order of Merit MNZM for services to music and music education. Dr Downes is a rock musician and founding member of The Verlaines, and a former senior lecturer at the University.

“I’m stoked. You don’t expect to get that email or that phone call,” he says. “Then you have to decide whether you are going to say yes, and you go through the whole process of ‘what the hell have I actually done?’. And actually I’ve done quite a lot.

“[The honour] was being offered for two things, for music and education, and one of those is enough of a career for anybody, so I decided that’s probably fair enough.”

He says the award is for the whole “tribe, family, and whānau that have stood behind me, for just the glory and the satisfaction of doing it. There’s been a huge number of people and I’m taking it for all of them as well”.

Dr Downes established The Verlaines in 1981 and has been performing and recording under that name for 40 years. He is the songwriter, vocalist and producer for the band. The Verlaines have released 11 albums and two EPs over this period and played in New Zealand, Australia and the United States, with some shows in the United Kingdom. The group has become an integral part of the ‘Dunedin Sound’ and he has orchestrated three concerts of works by these bands, including The Chills, Clean and Straightjacket Fits under the Tally Ho banner.

He says he has always wanted to share the experiences he has acquired overseas as a musician and an academic, whether it’s through shows on Radio New Zealand, U3A or at the University.

“I’ve always tried to be a good public intellectual.”

He’s delighted when people come back to him and say “damn I never thought about it like that”.

Dr Downes feels his work at the University and as a musician have always been symbiotic.

Dr Downes lectured in the Department of Music, developing New Zealand’s first rock music degree, before becoming Head of Department in 2012. With a PhD on the music of Mahler, he has provided pre-concert lectures for the New Zealand Symphony Orchestra and Southern Sinfonia/DSO and has contributed to music programmes on Radio New Zealand. He graduated from Otago with a MusB(Hons) in 1987 and PhD (Music) in 1994.

Wellington staff member and alumna Dr Samantha Murton received the MNZM for services to medical education, particularly general practice. Dr Murton is a Senior Lecturer in the Department of Primary Health Care and General Practice on the Wellington campus.

Also working at the Wellington campus is Mx Mani Mitchell, who received an MNZM for services to intersex advocacy and education. Mx Mitchell has run a tutorial session for the fifth-year medical students “Caring for Intersex and Non-Conforming People” as part of the Professional Development and Ethics module for the last five years.

“I have long considered this work a privilege,” says Mx Mitchell. “I appreciate Otago for the fact the opportunity was created for this lecture series and have valued students’ willingness to engage in deep reflective practice with me.

“The students have shown what is possible when we engage with content in authentic, respectful ways that centre the patient as a person, in a context of being willing to listen and be guided by the patients’ needs.”

The full list of Queen’s Birthday Honours, with links to each citation, awarded to University of Otago alumni and staff:

Professor Emeritus David Eric Richmond, of Auckland. For services to health and education.

Dr Maxwell Gilbert Shepherd, JP, of Wanaka. For services to biotechnology and business.

Mr David Ross Black, of Wanaka. For services to health.

Mrs Mary Joan McFarlane, of Dunedin. For services to swimming.

Dr Graeme Alexander Downes, of Otaki. For services to music and music education.

Mr Hoani Sydney Langsbury, of Dunedin. For services to conservation.

Ms Caron Orelowitz, of Auckland. For services to podiatry.

Mx Mani Bruce Mitchell, of Wellington. For services to intersex advocacy and education.

Dr Derek Clifton Gibbons, of Dargaville. For services to health.

Mrs Benita Jane Robinson, of Lower Hutt. For services to the community.

Mr Paul Eric Tyson, of Dunedin. For services to sport and the community.