You’ve probably seen stop-motion animation or claymation in TV shows such as Shaun the Sheep, Pingu or Wes Anderson’s film Fantastic Mr Fox, and now Science Communications alumna Rachel Anson has used it to help connect with the complex audience of teenage women. 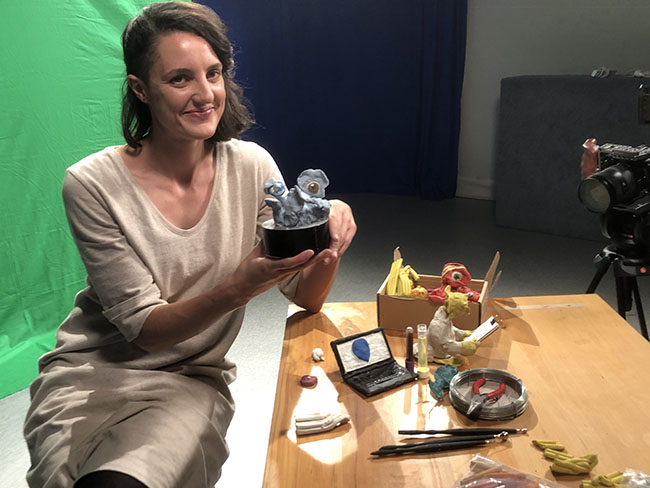 Rachel, who’s a Producer in the University of Otago’s Media Production Unit (MPU) was approached by Dr Meredith Peddie from the University’s Department of Human Nutrition to produce a five-minute recruitment video for a ground-breaking research study, and decided to try something different to reach her target audience of young women.

The Survey of Nutrition, Dietary Assessment and Lifestyles (SuNDiAL) Project is a nationwide survey undertaken by researchers from the University of Otago, and is the first national survey into the eating habits of teenage women.

“I decided that the best way to reach young women might be to take humans out of the video and replace them with something a bit more inclusive, in this case a couple of crude clay monsters. The world is your oyster with stop-motion because you can control most of the variables involved,” Rachel says.

“I also got some excellent tips from speaking with some insightful young women about things like duration and tone of the video and what concerns or questions they might have about participating in the study. This helped me get an idea of “how” and “what” information needed to be included.”

To create the engaging five minute video, Rachel took about 8,000 photos across two weeks in the University’s Media Production Studio. A further week of post-production was used to edit the images, voices, music and sound effects together.

“All stages of the project were a steep learning curve. I started by ordering clay, collecting some sculpting tools, and watching some tutorials online. I ended up sculpting some very basic figures with feminine attributes. The characters Ani and Maya have big expressive hands, goofy feet and one eye.” 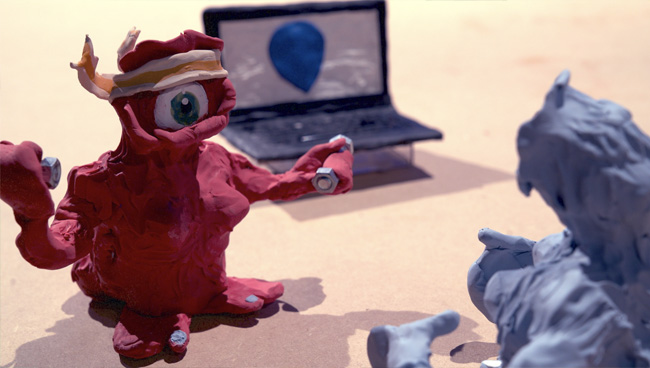 Normally Rachel would recruit voice actors, but she had a tight turnaround time, limited budget and by this stage knew the script thoroughly, so she did the voices of both characters.

“I sort of had to psych-up and get into character which was pretty weird because it seems like a long time since I was a teenager. I think my partner who had to listen to the recordings thought I had lost the plot. My voice is naturally low so there was a bit of pitch shifting during the edit to make the two characters sound younger as well as trying to make them distinct from one another.”

“This type of animation is useful for things that are hard to communicate like concerns around body image, privacy and self-esteem as well as some of the technical processes of the study.”

And what does Rachel think after completing this project?

“I’m very keen to do more and improve my processes. It was fairly high stakes because it was my first stop-motion project, I was making heaps of mistakes, but I needed it to work if I wanted the opportunity to try it again.

“You’re animating every frame, where objects are being moved just a tiny bit, so you get to about the 500th photo in a sequence and think crikey if this doesn’t work…

“There were a number of times when I was working in the studio creating these scenarios where I thought I could quite happily do this for a full-time job – I loved it.

“It’s time consuming and quite a niche medium, but it’s a really good way to communicate a message to an audience that is dealing with a lot of heavy and complex stuff for the first time and connecting with them on neutral ground is quite important.”

The survey findings will provide valuable and unique information on the nutrition of New Zealand female high school students who are at risk of nutrient deficiencies. The study will support the development of government and health agency guidelines targeted at young New Zealand women. 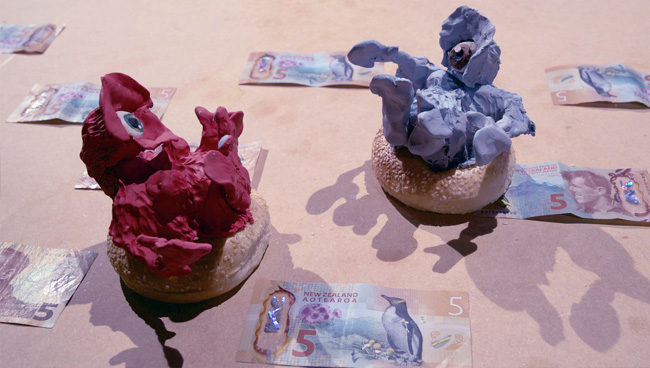 “There are incredible stories tucked around in the University especially in relation to research, and it would be great to be able to showcase this amazing work through all the different mediums that we can offer at MPU.

“It’s high intensity, but it is extremely fun, the balance is finding time to do these projects between my normal day-to-day work,” Rachel concluded.

Rachel completed all her studies at Otago. She has a Bachelor of Arts in Philosophy and Psychology (2009), and a Master of Science Communication with Distinction (2015).