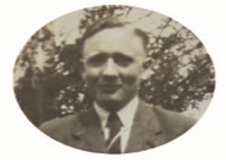 Today, you might go travelling between an undergraduate and postgraduate degree, or you might work for a couple of years, or just carry straight on with your studies.

In the 1940s, Keith Williamson served in World War II between his BA and his MA. In 1939 he graduated from Dunedin Teachers’ Training College and in 1941 graduated from the University of Otago with his bachelor’s degree in Latin, and then left New Zealand to join the Royal Navy in the UK. He spent the war years in the Atlantic and Mediterranean, on convoy duty between Liverpool and Gibraltar.

At the end of the war he came back to Otago, and graduated with his MA, majoring in Latin, in 1946. For Keith, who lived at home during his studies, university both before and after the war was mainly about working hard towards graduation.

“I didn’t get very much into university life. It was about getting through my exams year-by-year.”

“That was really a highlight, completing teachers’ college and three university subjects in the same year.” He had a little more time for activities at teachers’ college, and, having grown up by the beach in St Clair, was awarded a Blue in Swimming.

In his third year, he went on probation to St Clair School, which he had attended as a boy. An assistant would take over his class at 2.15pm so he could cycle in to his 3pm lectures at university. He trained in primary school teaching, but decided he wanted to teach Latin at secondary school.

When he came back to Otago after the war, he says he “had the same attitude as most returned servicemen. We’d lost four years and so we couldn’t muck about. We had to get down to it, it was pretty hard work.” Sadly, he also lost friends, as not all those he had studied with survived the war. 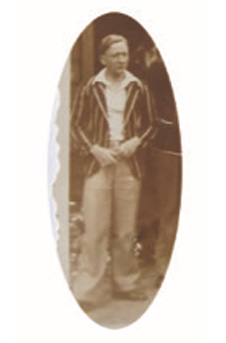 The academic staff in the Classics Department on his return from the war were Professor Thomas Adams, who was appointed in 1917 and held the post until 1948, and Miss Isobel Turnbull who taught Greek History, Art and Literature.

“Professor Tommy Adams was a particularly affable gentleman. He never really told you off, you were encouraged that perhaps this could be better put this way...”

Keith says it wasn’t easy to get jobs after the war, especially as a Latin teacher.

“In those four years Latin as a primary subject had lost a good deal of its appeal, but the Headmaster at Kings High School offered me a relieving job for a year, so that was where I started.”

Asked if he has any advice for today’s students, Keith says; “it’s a privilege. In my day there were 2000 students, today there are 20,000 and it’s still a privilege. Have fun but use your time, because it’s not given to everybody”.