Bitter and sweet: poison and dessert a great mix for alumni book event 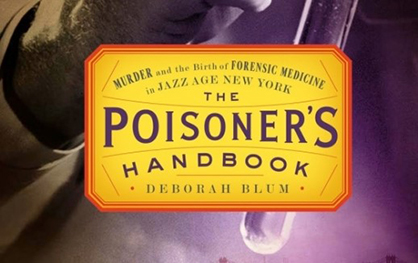 Some arts are darker than others, and tomorrow night’s ABC with Otago Lecturers, held at Dunedin’s UBS Bookshop, will delve into the darkest of them all.

Toxicology and Pharmacology lecturer Dr Belinda Cridge will discuss poisons and the birth of modern forensic medicine in the US with alumni and university supporters using The Poisoner's Handbook: Murder and the Birth of Forensic Medicine in Jazz Age New York as a catalyst for discussion.

Belinda chose the Poisoner’s Handbook, which quickly became a non-fiction best-seller after its publication in 2010, because “it’s a great story.”

“Although I knew about the poisons, I thought author [Deborah Blum] did an amazing job of covering some detailed science and presenting it in an interesting and engaging way.

“Also, the period of history that Blum describes [from 1915 to 1936] gives insights into some fascinating social background, including prohibition, and a time when people had ready access to an amazing variety of chemicals.”

Belinda says science in Europe was far in advance of that done in America at the time, because US scientists had to battle political pressure to gain credibility and establish greater expertise in the field. 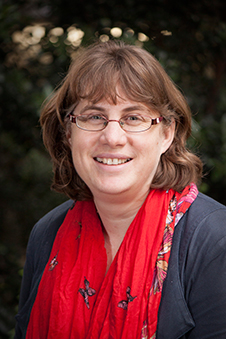 “The American political system remains a complicated quagmire of favours and lobbying and the book touches on the issues this can cause, without getting too academic. Pretty much from the first civilisations people have used poisons to harm others and society has struggled to find ways to counter this, so the science behind the story has been evolving for as long as people have roamed the Earth.”

Although Belinda’s current work focuses on animal toxicology and looking at situations where animals have been exposed to a toxic substance, she says the book resonated because she has long been fascinated with forensic science.

“I seriously considered training in forensics before I realised what the day-to-day job entailed.

“Aside from the interesting historical stories, such as those on prohibition, the book also makes you think about our very different social circumstances; people coped with life in this period in a different way than we do now because people died so frequently. It’s interesting to think about why they worked to understand this more, and how this touches on themes of humanity that continue throughout history despite poverty, adversity and different technology.”

The event is hosted by the University of Otago’s Development and Alumni Relations Office, in conjunction with UBS.

Please remember, you don’t have to have read The Poisoner’s Handbook to attend the free event, which starts at 6:30pm.

The "sweet" at the event will be in the form of a range of delectable desserts, and there will be plenty of time to browse, socialise, and discuss the title before and after Dr Cridge's presentation.

To secure your place RSVP to events@unibooks.co.nz - we hope to see you there!