Cheerfulness the anchor of 100 well-lived years

In 1937, Wilma McLennan, aged 17, left her home in Wellington and travelled south to Dunedin, to begin her degree in Home Science at Otago.

For the four years of her study, she couldn’t return home for holidays because her mother had to let out her room to a boarder in order to afford her University fees.

“I didn’t know a soul,” says Wilma, who celebrates her 100th birthday next week, on the 20th of March.

“There were six of us on one floor at Upper Studholme, we didn’t have single rooms. We had a look at one another sort of thinking ‘who are you and where do you come from’, but it didn’t take long to get to know each other.” 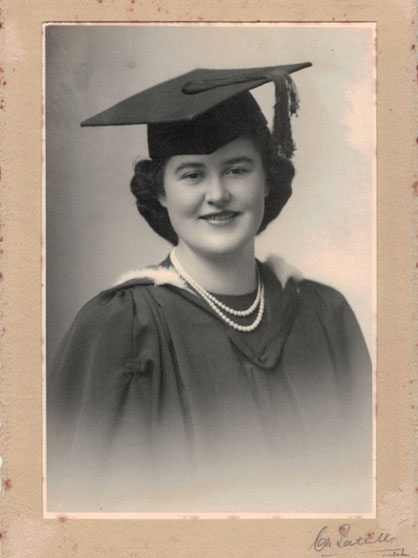 Wilma at her graduation in 1941

Chatting brightly down the phone from her home in Island Bay, where she’s lived for the past 60 years, Wilma will be celebrating her milestone birthday next week with two parties.

“My sons are putting one on for me, I didn’t particularly want a party but they said ‘you’re only 100 once mum’.”

She’s already had calls of congratulations from family in England and Scotland and relatives from as far away as Australia will join old friends and family at her special lunch on Wednesday.

Her second party is being organised by her church in Island Bay for four of their congregation with birthdays on 20 March.

Born in Scotland in 1919, Williamina McLennan’s father was a sailor and had provisioned the lighthouses around the coast of New Zealand in the early 1900s. He also served on a hospital ship at Anzac Cove at Gallipoli.

Impressed by the Kiwis, he decided to move his young family to New Zealand, “the land of opportunity”, where they set up home in Kilbirnie and he became a tram driver.

Wilma did well at school, becoming dux at both Miramar Primary and Wellington East Girls’ College, and won a scholarship to Otago to study Home Science.

“My mother was a very good cook and always let me into the kitchen.” She says this is a tradition that has continued on through the generations, with many of her nieces going on to do “food type things.”

As well as cooking, the Home Science students studied “everything to do with the home”, including medical instruction.

“It wasn’t just cooking by any manner or means, although I liked cooking best, I wasn’t a very good sewer.”

She recalls lining up to go into lectures with the medical students, as many were held in the Medical School.

“We used to march into our lecture rooms and the boys would play tricks on us, because there were never many girls coming in and they had a bit of fun with the girls if they could.” 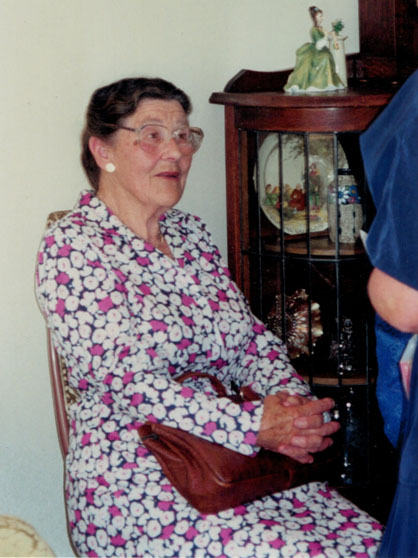 After Upper Studholme, Wilma moved into Lower Studholme in her second year, St Helen’s in her third and went private boarding in her final year.

“I loved the hostel, the only reason I went boarding was because of the expense. We didn’t receive anything from the government.

“My mother would post me 10 shillings a week and I remember walking down the street looking in the shop window and saying can I buy that bar of chocolate or can I not?”

She says she studied hard in order to be able to get a qualification and get a good job to earn money.

Church was a big focus of Wilma’s time at Otago and she has continued to be involved with the Presbyterian Church all her life.

“When I went to Dunedin I found a very good church near the University and we all used to go morning and again in the evening, and then after evening church go to someone’s place for supper, for people living away from home.

“I looked forward to it very much indeed, we used to have entertainment, people playing violin or singing.”

It was also the start of the war and she says they would always have knitting on the go, as it was “a small way for us to do our bit for the war effort, knitting for people who needed something over there.”

She would have liked to have stayed on to get her Masters, but she needed to get out and get a job as her mother couldn’t afford to keep her at University.

At the end of her degree in 1940, she gained a glowing reference from the Dean of Home Science, Professor Ann Strong who said cheerfulness was Wilma’s “outstanding characteristic.”

“She is industrious and co-operative, tolerant, and very friendly.” 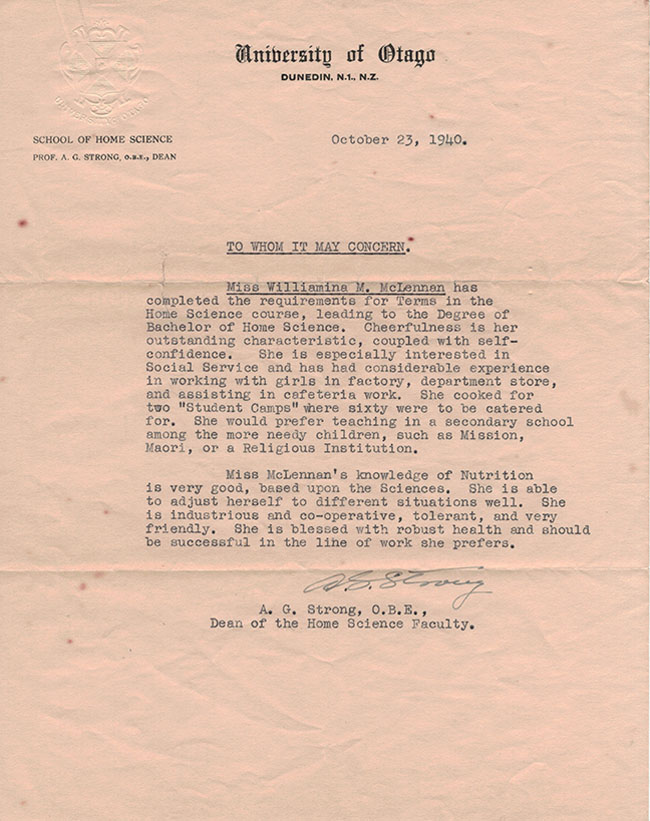 Wilma's original reference from the Dean of Home Science, Professor Ann Strong, in 1940

After leaving Otago, Wilma took a teaching job at Wairarapa College in Masterton, where the Home Science department had its own model flat for students to learn about cooking, budgeting and running a household.

After a few years, she met farmer William Dalgliesh and left her job for the farm and raising four young boys. Sadly, her husband died of mumps encephalitis when only 35 and Wilma moved back into Masterton, putting a manager onto the farm. Managers continued to run the farm for her for the next 60 years.

She visited family in Wellington often during this time, and at 37, Wilma met widower Ray Allen at a dance in Kilbirnie. They married and moved with their combined family of six boys to Island Bay, to the house she still lives in today. Ray died 20 years ago.

“I loved dancing, every suburb had a dance once a week, old time waltzes, that sort of thing.”

One feature of her time in Wellington started with a Christmas present Ray gave her one year.

“There was a big parcel under the tree and it turned out to be an electric frypan.”

Asked by the church to talk about cookery, Wilma thought ‘that’s not very interesting’, what’s supposing I did a demonstration and talk at the same time. So that’s what I did.”

“Then I got all these invitations to all the local churches, the Plunket Society, this that and everything.

It got to the stage where I was going out to Makara, to Petone, I was going out to Seatoun and all over the place taking my own ingredients and equipment with me. I got thanked sometimes with a bunch of flowers which was very nice but I knew that it was taking money out of my pocket for petrol and everything, so I stopped it eventually.”

She also served on Wellington High School board of governors and church and school committees.

“I was good at arranging fairs and did a lot of cooking for church fairs - I’d get blisters from rolling out pastry.”

Wilma did return to relief teaching for a short while, but didn’t enjoy it as much as she had at the beginning of her career.

“Children had changed, they had been quiet and interested but later I found some of them rather cheeky.”

Reflecting on what she learned at Home Science, Wilma feels the New Zealand diet has changed significantly and not necessarily for the better.

“There is too much sugar and salt, people eating takeaways. A lot of people don’t eat correctly because of a lack of time, they either buy something or throw something together on the grill or in the microwave.

“When I think about the meals my mother used to make, we always had meat, never very much, and plenty of green and coloured vegetables. If you ate it all you were allowed pudding, usually some kind of milk pudding. It was healthy food.”

She’s not a fan of heavily spiced food, piling up your plate or “putting flowers on food”.

Sadly, she’s unable to cook for herself anymore, as she needs to use a walking frame which makes it difficult to get around the kitchen.

“I buy prepared meals now, but home-cooked meals are much tastier than bought.