Known as the Godfather of New Zealand occupational health Professor Bill Glass (MB ChB 1956), was recently named Senior Kiwibank New Zealander of the Year. He has spent more than 60 years highlighting unseen fatal effects of exposure to dangerous substances in the workplace, and one of his major successes was the establishment of the Asbestos Exposure Register. 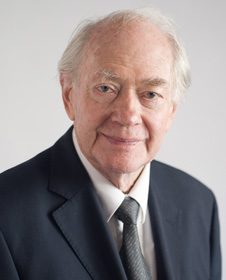 Turn the clock back almost 70 years and he was a young medical student at Otago. Looking back on his time at the University, Professor Glass says it had a huge impact and helped shape his career as a patient advocate.

“Probably my greatest influence was Professor Sir Charles Hercus (LLD Otago 1962). He was a great professor of Public Health. He had been involved in such campaigns as the introduction of Iodine into salt in New Zealand to help eliminate goitre, which is caused by an iodine deficiency.

“His classes were in a new lecture theatre, called the ‘Red Lecture Theatre’, it had lovely red leather chairs, and many of my colleagues who aspired to be surgeons or obstetricians would fall asleep, but I found these lectures enthralling.

Students often develop friendships for life and for Professor Glass the solid old brick flat at 80 Pine Hill Road, over-looking Woodhaugh Gardens, was where such friendships were formed.

“The flat consisted of Thomas Richardson Fogg III (known to us as TR or Dennis), Barry Colls, Fred Hollows, Peter Brandt, and myself.

“We became known as the radical left-wing group due to our political ideas. We spent far too much time listening to music, but we didn’t drink or party, we talked a lot of politics.

“I think one thing we had was the ability to move from ideas to actions, and Fred Hollows was especially so, he achieved incredible things working on eye surgery with underprivileged groups around the world.

“Fred said he had first met me when I was still in school. He was hitch-hiking back to Palmerston North from University, and my father picked him up near Wellington. Fred said my father grilled him the whole time about university life.

Peter Brandt, who came from a Jewish family that escaped from Nazi Germany to live in Nelson, went on to become a leading light in radiology in New Zealand. T R Fogg III had a career working in Wellington at the Department of Health, and latterly in the Ministry of Health. While Associate Professor Barry Colls became a leading cancer researcher in Christchurch, and in 1999 he was awarded the Royal Australasian College of Physicians John Sands College Medal for his significant contribution to medicine.

“My father was a builder, we lived in Island Bay, and I grew up working on building sites, and I was introduced to talking about workers’ health at a very young age.

“I didn’t really do anything amazing, but I worked with other groups or individuals to achieve changes, such as the asbestos register.”

The 88 year old continues to work part-time, mainly supervising PhD students at the Centre for Public Health Research at Massey University in Wellington.

Professor Glass says despite suffering a major stroke 18 months ago, he hopes to soon finish writing a book, which has the working title Celebrating the New Zealand Worker. 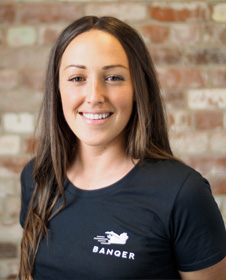 Kiwibank Young New Zealander of the year is triple Otago graduate Kendall Flutey; Bachelor of Commerce (2011), Graduate Diploma in Accounting (2012), and Master of Entrepreneurship (2013). Kendall is on a mission to teach kids how to manage their money, and her company Banqer produces an online educational programme used in more than 300 schools nationwide.

Kendall says, “It’s quite difficult to say how special winning Young New Zealander of the Year was for me - it’s almost unfathomable that this has actually happened. By no means was it ever an end point I was aiming for, but an incredibly humbling by-product of my journey so far. It’s just really special to be recognised in this way and it’s going to be a hard feeling to beat.”

“The best way that an Otago education helped me is that it ignited a love of learning that I hold onto today. Before studying at Otago I felt like I engaged in learning because I had to, not because I wanted to. But during my studies at Otago I could learn broadly, at my own pace, and on my own terms.

“I’m really grateful that Otago supported my academic growth through allowing me the flexibility to do things a little differently, and remain excited and engaged in learning I was genuinely passionate about.

“In terms of my time at Otago, I really enjoyed summer school. It was a different side of Otago, and nice to see a bit more sunshine!

She says her studies were quite broad so she was exposed to a number of different departments and personalities during her time at Otago.

“I’d say I found the lecturers of the Economics Department the most influential during my tenure. Specifically Dr Paul Thorsnes, and Dr Viktoria Kahui and their clear passion for what they taught (Natural Resource Economics and Urban Economics). Their papers alone were fascinating and delved into some meaty socially relevant issues, but the delivery was equally as compelling.

“My Otago education is really special to me because the learning wasn’t confined to the four walls of my lecture theatres. In my four years at Otago I learnt as much about my majors as I did about myself, and others. It didn’t give me all the answers by any means, but it gave me the tools to figure it out along the way,” Kendall says. 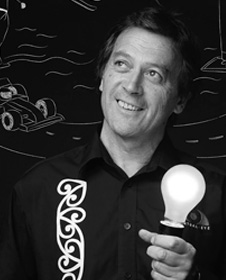 Ian Taylor, Innovator of the Year

Winner of the Innovator of the Year award along with his team from Animation Research Ltd (ARL), Ian Taylor says if it hadn’t been for Professor Peter Sim, the then Dean of the Otago Law School (1975), he doubts if he would every have finished his degree.

“Professor Sim had a genuine concern about trying to get everyone through law school. There was always a sense that he was on your side, he made every effort to get you through, and I don’t know if I’d make it through today.”

In winning the award he says it would never have happened without the team from the University, and that this year marks 30 years since ARL was formed.

“It’s a recognition of 30 years of the whole team’s effort.”

He says the most important decision he ever made was to stay in Dunedin. “We were able to achieve so many amazing things here, and the team have just been great.”

Born in Kaeo in the far north, Ian Taylor grew up in the small East Coast town of Raupunga. His Māori mother and Pākehā father were schoolteachers. He can still vividly recall the day electricity arrived and a single bulb lit up the room. “It had a huge impact on me. At eight years of age, I figured that if you could do that by flicking a switch, you could do anything.”

He completed a law degree at Otago while still working part-time at the Speights Brewery. He says it was a fantastic time to be a student, as there was no concern of student debt so you could a wide variety of courses. He believes this ability to try different things is instilled in his team and has helped their success.

“Today students don’t have the luxury that we had to explore different options because of the debt that they incur. I don’t believe that was ever considered when changes were made to fee structures.”

In 1989 he formed Taylormade Productions, with modest beginnings making regional television commercials and corporate videos. Initially the productions were literally Taylor made, by Ian Taylor alone working from home.

When Television New Zealand closed its Dunedin studios, Taylor convinced a Dunedin bank manager to lend him half a million dollars and bought the studios.

“We went for a long walk, I told him what I wanted to do and he said, ‘You’ve got the money’. At that stage, I probably had about a thousand dollars in the bank. It would never have happened anywhere else.”

Taylormade Productions and the University’s Computer Science Department set up Animation Research Limited (ARL) as a joint venture. “It was probably one of the first attempts to take university academic intellectual property and do something else with it. And I did it on a handshake with (Emeritus Professor) Dr Geoff Wyvill who really is an unsung hero in all of this. ”

ARL’s first 3D production was a title sequence for a Television New Zealand series, University Challenge, the first of many productions for TVNZ. The company went on to create classic television advertising images: the water-skiing penguin, seagulls on a Cook Strait fast ferry and gannets forming a koru.

Taylor’s greatest pride is in his family. He married Dunedin lawyer, Liz Grieve, who now works alongside him at ARL. “I have always said that she is the one who has had the real job and I just played.” The couple, who met while studying law at Otago, have two sons: Sam is a doctor and Ben runs ARL’s European operations. The couple still live in their first house, in the hill suburb of Roslyn.

Reflecting on his time at Otago he says the highlight for him was the capping shows that filled theatres for a week. “We did shows like Tommy, and Jesus Christ Superstar, and I still run into people all round the world who remember their parts from the shows as if it was just yesterday.”