Tackling all the BS – Otago alumna faces down Bombardment Stress

With her brave new book Smart Mothering, Otago alumna Dr Natalie Flynn has directly taken up the challenge set down by the University’s own motto – Dare to be Wise.

Clinical psychologist and mother of three, over the past decade Dr Flynn has become increasingly concerned at the amount of contradictory information bombarding new parents on how best to look after their babies.

“I’ve been interested for a long time in maternal mental health, and like all psychologists I’m interested in early intervention,” says Dr Flynn, who graduated from Otago with a BA in Psychology in 1993 and went on to earn her PhD in Clinical Psychology from Auckland.

She says her career was shaped by wanting to support vulnerable people, and influenced by the work and political activism of her father Otago Emeritus Professor of Politics James Flynn and mother Emily Flynn, who was a journalist, science teacher and lawyer.

Working in private practice in Auckland, where she specialises in maternal psychology, Dr Flynn’s experience as a psychologist and as a parent led her to the idea for the book. 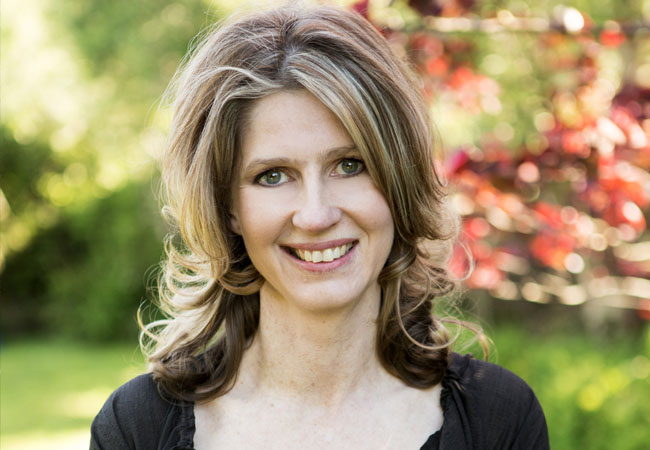 “Through kindergarten, Playcentre and school, I’d hear parents talking about how they felt bombarded with the amount of information on choices and all the conflicting advice, and how to work out what is fact and what is fiction.”

So she started delving into the literature and found that while some of the advice and information was fact-based, some that claimed to be research-based was “no more than the opinion of the author or a lobby group, dressed up as fact”.

“Some opinions mothers were basing their decisions on had as few as four participants. I kept looking for research-based information on mothering that was accessible, but it wasn’t there so I decided to write it myself.”

The result is her comprehensive 500-page book Smart Mothering which examines the issues and strategies, the myths and the research behind them all on key baby topics, including feeding, sleeping and crying.

Divided into three sections – The Modern Parenting Climate; Looking After Yourself; Looking After Your Baby - each chapter starts with a Myth and a corresponding Truth, then goes on to look at the research around the issues, strategies and beliefs.

Aimed at being easy to delve into to look for help on making an informed choice, each section also includes short, relatable case studies, diagrams, helpful tips and a final summary of main points.

In her introduction, Dr Flynn describes how she coined the term Bombardment Stress (or BS) to describe the negative psychological impact that information overload can have.

“Mothers can experience feelings of confusion and self-doubt, resulting in inertia, paralysis or flip-flopping from one course of action to another. The initialism ‘BS’ is meant to be irreverent. The double entendre is deliberate. It accurately describes the quality of most of the information these mothers are being bombarded with.”

She says over the past decade, the predominance of social media in people’s lives has played a role in this.

“The advice forums that have sprung up on various sites have quickly become platforms where anyone who can type can put their ideas forward as fact, places where experience, knowledge and training are no longer necessary prerequisites.”

Smart Mothering begins with a chapter on how to “battle the BS” and learn to separate opinion from science.

It then goes on to deal with all the hot topics of parenting - including parent knows best vs baby knows best; crying; colic; sleep-training; the rise of the breast is best movement; fear-mongering about formula; immunisation; screen time and the impact of daycare.

Appendices at the end of the book also deal with studies on a number of specific illnesses and behaviours and their relation to breastfeeding, including respiratory illnesses, diabetes and intelligence.

Her approach to the huge task of writing the book was to gathering as much research on each topic as she could and then looked at the bodies of literature as a whole, as well as the key researchers in each area.

She says she put the self-care section first because “unless parents look after themselves it’s hard for them to look after their baby”. This section includes ways to lift mood, stay calm and practise self-compassion, and helps mothers identify when they need professional help.

The book doesn’t shy away from the controversial issues, instead tackling them head on in a review of the research, interspersed with personal stories and bite-sized advice from experts.

The breastfeeding vs bottlefeeding debate is covered in the chapter entitled Breastfeeding: Nice but Never Necessary. Her main points state that most claims around the benefits of breastfeeding as opposed to formula feeding have not been backed up by research, and research does not show that breastfeeding increases global IQ score or improves attachment.

“Fed is best. It doesn’t matter whether your baby gets breast milk or formula; what matters is that your baby is fed enough and that you have a positive relationship with your baby.”

She also talks about women needing to be able to trust their own instincts and experiences. With the breast is best debate, “women are suspicious that the benefits are exaggerated, because it doesn’t fit with what they are seeing themselves.

“So I wondered does [the research] match up with what they are being told – and no it doesn’t.”

She says with all the contradictory information that parents are confronted with it can get to the point where even if something is working nicely for a mother, she might read something and lose confidence and change tack.

“To the point where even if it doesn’t work they will continue with it because they feel they must.”

When looking at the impact of technology, she includes studies on the effect of the “still face” of a parent who is constantly looking at their phone, which can be very distressing to a baby or toddler.

To find a way through the never-ending stream of information, Dr Flynn says parents need to have conversations about the fact that they shouldn’t be left out in the cold.

“We should demand to know more about the research. When someone tells us how to parent in a certain way, we need to say can you back this up, where did the information come from, what is the source.

“I’d like to see women in particular having what they deserve – informed, research-based choice. How can we do choose what to do for our babies if we don’t have the information?”

She hopes her book will help guide parents to make those informed choices and also show them that there are lots of different ways to parent babies and respond to their cues.