A consequence of an education

Sir Eion and Sir Murray spent the weekend reconnecting with friends and reliving university days, and took time to share some of their thoughts about Otago and their time on the executive. 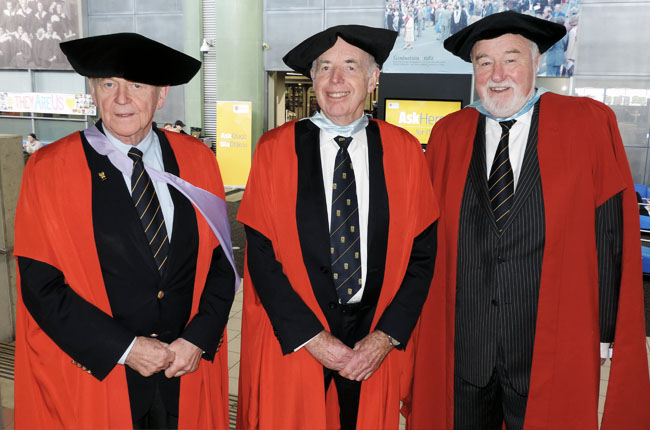 Former Chancellor Sir Eion, who was one of the organisers of the executive reunion, says the 150th celebrations created a special opportunity for alumni. The turnout for the reunion was “fantastic” with 75 attending.

“It’s given us the chance to catch up with old friends, some I’ve not seen for 50 odd years,” says Sir Eion, former chair of Forsyth Barr and well-known businessman and philanthropist. “It’s so good for so many of these people to come back and see their alma mater.”

The reunion was quite informal, offering lots of time for catching up and “telling stories about our times on the exec”. 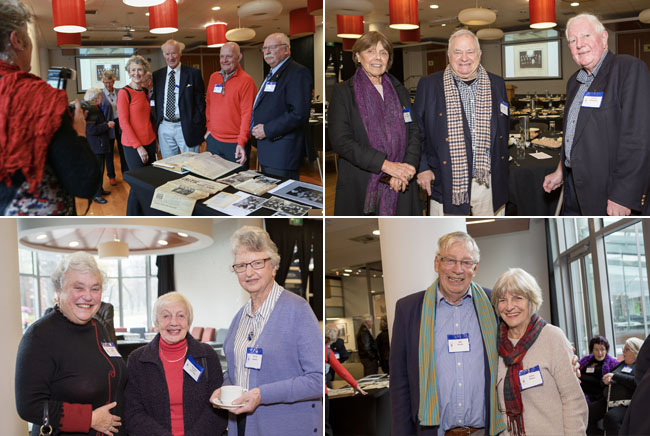 He thinks Otago is unique in New Zealand in that “very simply everyone is taken out of their comfort zone – 80 per cent of students are from outside the city. You are all mixed together, and you make great friends”.

“When I was Chancellor I used to talk to major employers who said Otago students were more well-rounded and better communicators. One bank said they only employed Otago graduates, because they have the ability to get on with people.”

Sir Eion said being on the executive was an amazing experience and was usually the first public role many of the students had held, giving them confidence to go on and contribute to public life once they had left university.

“I was the finance officer and had to look after a lot of money, it was a great learning experience.”

Sir Eion was instrumental in establishing The Edgar Diabetes and Obesity Research Centre at Otago in 2003, through financial support from the Eion and Jan Edgar Charitable Trust.

Eminent surgeon and cancer specialist Sir Murray travelled from his home in New York to attend the celebrations.

In his first couple of years at Otago, Sir Murray says he “got a great education but I didn’t learn too much. I was very involved with extra curricula activities, the student exec was one of those. I spent a couple of years on that, was president at one stage, and played rugby for Otago – that interfered with study”.

“But once I got through medicine I quit all those things. I realised I had to do some work once I graduated.”

He started university at Auckland with the intention of becoming an engineer but changed his mind and applied for medicine at Otago. He did however continue with pure and applied mathematics and by the end of his third year had completed a science degree.

“Which was fortuitous because throughout my life I’ve been interested in databases and statistical modelling, which was a very uncommon thing in the ‘60s for physicians.”

One story he recounts about the student executive in the ‘60s concerns the expansion of the Union building which was “bulging at the seams”. The exec went to the Vice-Chancellor Dr Arthur Beacham and asked for a second floor. He agreed he would match 2:1 any increase in student union levies.

“That was not going to be a popular sell.”

To get around it, the exec filled a special meeting in December with all the final-year medical, dental, commerce and law students, who voted for the raise in fees “knowing full well they wouldn’t end up paying it”.

“This was my first insight into how politics works – try to do the right thing, but leave someone else to pay for it!” 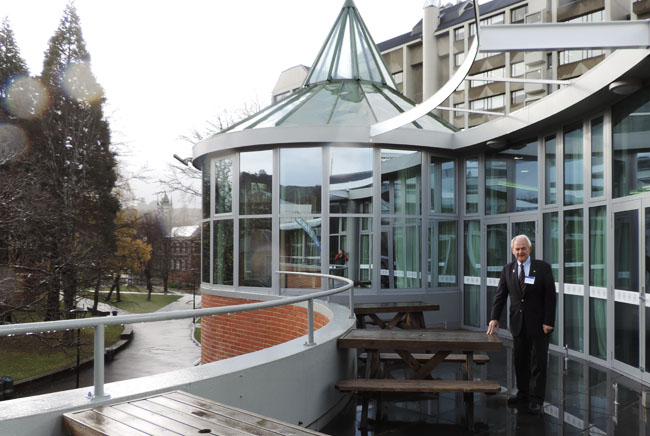 One key event in the course of his education was being turned down for a Rhodes Scholarship.

“The consolation prize was a student leaders’ award run by the US government. It was at the time of the Vietnam War and 13 of us from around the Pacific Rim went to the US, sponsored by the State Department. The reason for it was a little cynical I think, to convince us potential leaders the Vietnam War was a good idea.

“It taught me an enormous amount because firstly it showed me what was available in the States in terms of medicine but more importantly we used to go to places like the Peace Corps to debate for and against the Vietnam War. We drew lots minutes before we went on stage.

Sir Murray went on to serve as Chair of the Department of Surgery at Memorial Sloan Kettering Cancer Center in New York from 1985 to June 2006 and is currently Vice President of International Programs and Director of the Bobst International Centre.

He has served as Director of the American Board of Surgery and Vice President of the American College of Surgeons and has received the College’s highest award, the Distinguished Service Award.

“Everything I have done in life is a consequence of this education.”

As part of giving back to Otago, he helped form the Alumni of the University of Otago in America (AUOA). The Sir Murray F. Brennan Rowing Scholarship is named in his honour and the AUOA sponsors a number of scholarships.

He says the scholarships are about getting people to Otago who wouldn’t be able to get here otherwise.

“We have an obligation to recognise how incredibly fortunate we were, and didn’t even know it.” 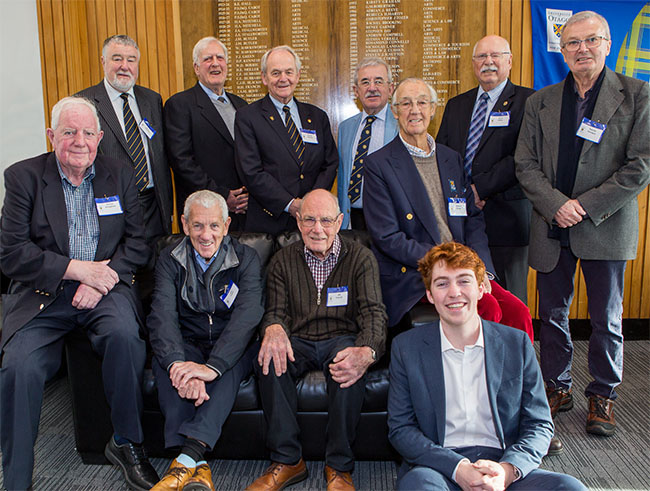