At the start of the 150th anniversary weekend, it was announced that a $250,000 donation towards a replacement marine research vessel had been received from Trammell S. Crow, a Dallas, Texas-based philanthropist and founder of EarthX. 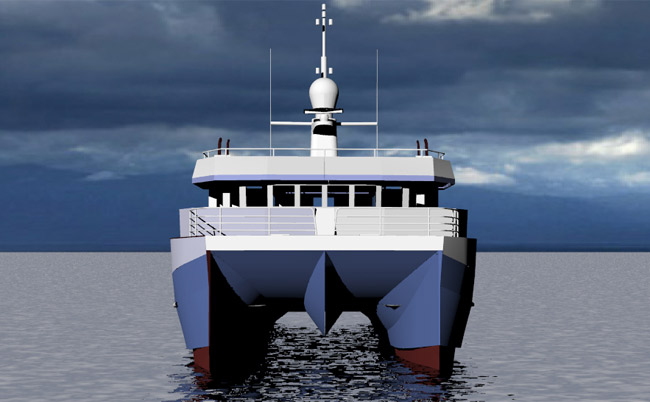 An artist's impression of the University's proposed new research vessel, the Polaris III.

On the Sunday evening, the 150th Gala Concert A Celebration of Otago in Words and Music raised more than $14,000 for the EXPINKT™ beyond breast cancer exercise rehabilitation charity.

“Both projects are an important part of our Annual Appeal this year and it was wonderful to receive such significant donations during our 150th anniversary celebrations,” says Director of Development and Alumni Relations Shelagh Murray.

“As well as celebrating the past our 150th year is about inspiring our future, and these projects will be of great benefit to the well-being of our communities, both locally and globally.” 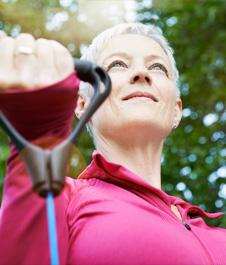 EXPINKT™ is an exercise programme developed by Associate Professor Lynnette Jones in the School of Physical Education, Sport and Exercise Sciences and is a registered trademark of the University of Otago.

The programme uses combined resistance and aerobic training modalities to provide breast cancer survivors with an individually tailored and monitored exercise opportunity that can be undertaken at any stage following diagnosis.

Primary outcomes are to improve physical function, strength, cardiovascular health, and quality of life. The individualised attention, opportunities for social interaction and support have also contributed to an environment where women and men feel safe and supported at a time when they are vulnerable.

All clients are supervised by staff fully trained in exercise physiology and cancer recovery and senior students under supervision.

To date, 400 individuals aged between 26 and 91 years, have been referred to this programme. Approximately 35 University of Otago alumni and 20 staff have participated in, or are current programme attendees. While the majority of participants have been diagnosed with breast cancer, oncologists have referred individuals with other cancers, including colorectal, ovarian, and prostate cancer.

Research undertaken by MPhEd, BPhEd (Hons) and PGDipPE students has shown the programme to be effective in maintaining bodyweight and body composition, improving fitness, upper and lower body strength, exercise self-confidence, quality of life, and lowering levels of fatigue, pain and depressive symptoms.

The $250,000 donation from Texan philanthropist Trammell S. Crow has given a major boost to plans to build a more capable and cost-effective research vessel to replace the University’s ageing Polaris II.

Honorary Professor Wilson says Otago has operated a research vessel for more than 30 years, and for the past 12 years the Polaris II has been extending the range and scope of University research through more extensive expeditions, and by teaching more students.

“The Polaris II is an older wooden vessel, and it needs replacing as research challenges and teaching needs grow," he says.

"Globally, there has never been a more important time for marine research. Our research requires greater technical capability and our teaching requires on-the-water training across a range of environments with improved technologies.”

Polaris II is an ex-longliner converted into an offshore-capable research vessel. Built specifically for West Coast river bars, it was not designed for constant work in the challenging Southern Ocean. It was bought by the University in 2006, and began work in 2007. It has a maximum cruising speed of just 8 knots. It sleeps only 12 and this greatly limits class sizes.

“The University has committed initial funding of $NZ 500,000 for a new research vessel, and is seeking additional support through a fundraising campaign,” Professor Wilson says.

The latest donation greatly supports this. 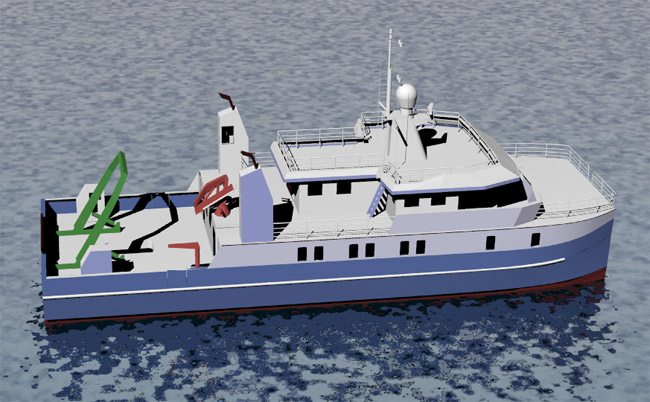 The proposed new research vessel from another angle.

Pro-Vice-Chancellor Sciences Professor Richard Barker says it’s really important that there’s an active marine science programme at the University, especially as Otago is the closest university to the Southern Ocean.

"We have been ranked number one in the world in oceanography research by Thompson Reuters.

“Our students have submitted more than 40 theses from their graduate work on the Polaris II. We have brought together chemists, geologists, biologists, ecologists, and physicists to work together on the global challenge of understanding our changing world and engaging wider communities – particularly industry in taking action.”

Last month the Director of the University’s Development and Alumni Relations Office Shelagh Murray and Honorary Professor Wilson, at Mr Crow’s invitation, managed a stand at EarthX to promote the University’s research into environmental sustainability.