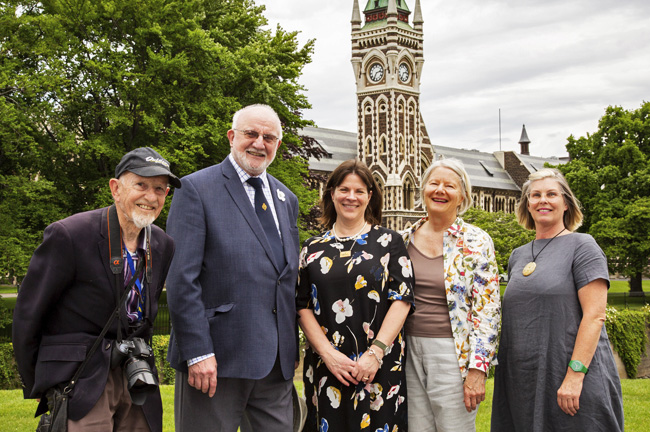 As part of the University of Otago’s 150th celebrations, U3A Dunedin has made a donation of $50,000 to the University to establish a scholarship fund for mature (35 years plus) researchers.

Accepting the gift in November, Vice-Chancellor Professor Harlene Hayne thanked U3A for the generous donation and said mature students were among “the best students on campus to teach”.

Chair of U3A Dunedin Alan Jackson says the organisation has 900 members and is exceptionally grateful for the support and contribution of the University to its programme.

Each year, U3A runs three lecture series between February and November, each lasting for six weeks and covering a wide variety of topics. About half the teachers come from the University.

“It’s a magnificent thing for senior education in the city, in addition to the public lectures run by the University.”

U3A is education for people in the third age of life, most of whom are retired or semi-retired. The first Dunedin course ran in 1994, after branching out from existing Continuing Education courses. The group also organises discussion groups, a book club, and Mahjong and walking groups.

“We have been quite economic with our expenses over the years and have built up a bit of a war chest,” says Mr Jackson.

The $50,000 donation will be invested in the Otago Foundation Trust to fund a mature scholarship in perpetuity. The first scholarship will be awarded in 2021, and will be administered by the scholarships office.

For more information about U3A: https://u3adunedin.org.nz/