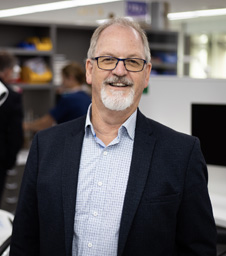 Professor Mike Morgan, Dean of the Faculty of Dentistry. 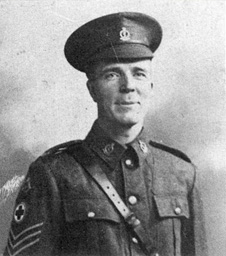 With ANZAC day on the horizon, we have a special story to share about Otago alumni and Australia-New Zealand connections.

Our new Dean of the Faculty of Dentistry, Otago alumnus Professor Mike Morgan, has been involved with efforts to commemorate the New Zealand WW1 hospital ship the TSS Maheno, which retrieved injured soldiers of all nationalities at Gallipoli and from the battlefields of Europe, with the majority being Australian.

Professor Morgan’s paternal grandfather, Arthur Herbert Vivian Morgan, known as Viv, served as an X-ray specialist on the ship during the war. Viv was also an Otago alumnus, graduating with a BA in 1900 and MA in 1901. (We were really pleased to find copies of Viv’s graduation programmes in the alumni office and pass them on to Professor Morgan, who believes it’s the first time they’ve been seen by his family).

Viv went on to become Director of the Waihi School of Mines, and was taken on as a radiographer on the Maheno because he was experienced in using X radiation to analyse precious metals.

“The only reason he became a radiographer was because he had taken X-rays of rocks – it was fairly early days for radiography. He had no medical training, although he might have received some on board,” says Professor Morgan.

The Maheno was launched in 1905 and operated as a regular trans-Tasman passenger ship, until it was chartered by the NZ Government at the start of WW1, converted and named HMNZ Hospital Ship No 1. The second NZ hospital ship the SS Marama performed a similar function. Marama Hall at Otago was formerly known as The Maheno and Marama Hospital Ships Surplus Fund Memorial Hall, and contains a large commemorative board listing all medical personnel who served aboard the ships in WW1. Much of the medical equipment on board both ships was funded by a major public appeal. 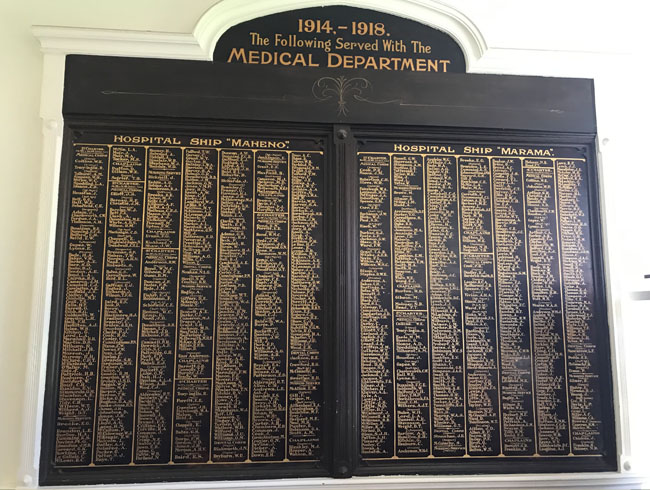 The commemorative board in Marama Hall

In his research into the Maheno, Professor Morgan traces its journey as a hospital ship. Its first voyage was from 7 July 1915 to 1 January 1916, arriving at ANZAC Cove on the Gallipoli Peninsula for the first time on 26 August 1915.

From Gallipoli, the ship carried injured soldiers to hospitals at Lemnos, Malta, Alexandria and Southampton, before eventually returning to NZ with the most severely wounded New Zealanders. From arrival at ANZAC on 26 August 1915 until 8 October 1915, it had taken on 2,350 soldiers, of which 331 were New Zealanders. 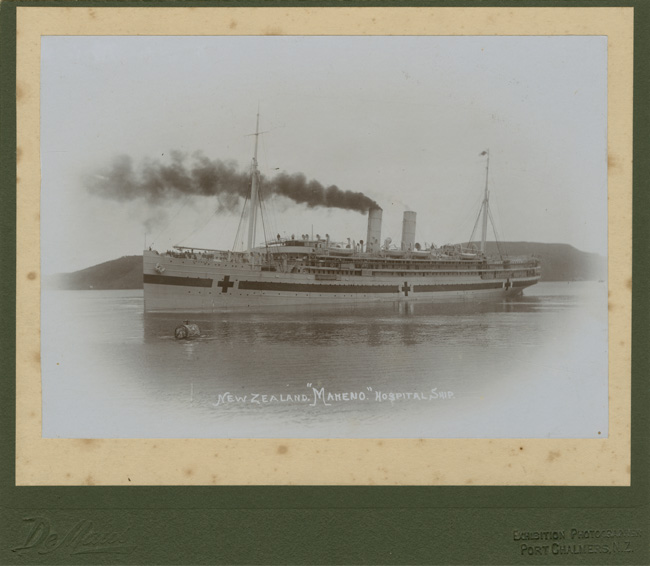 After Gallipoli the ship saw service between ports in France and Belgium, carrying the wounded and dying from the major battles on the Somme and around Ypres. In total the Maheno transported 14,361 sick and wounded soldiers.

After WW1 the ship was refitted as a passenger liner, then was laid up from 1931 to 1934 before being retired in 1935. It was then sold to a Japanese company for scrap metal, but in July 1935 while being towed to Japan a winter cyclone caused the towline to break and the ship was pushed onto Seventy Mile Beach on Queensland’s Fraser island, where it remains today.

Professor Morgan’s grandfather held the rank of Sergeant and Staff Sergeant in the 2nd New Zealand Division Medical Corps. Sadly, as a consequence of his service on the Maheno, and like many others of his time, he contracted tuberculosis and died of the disease in 1946 – shortly after his son and Professor Morgan’s father Owen, had returned from WW11.

In an echo of the past, Professor Morgan’s daughter Briony was until recently a Captain in the Australian Army Medical Corps. 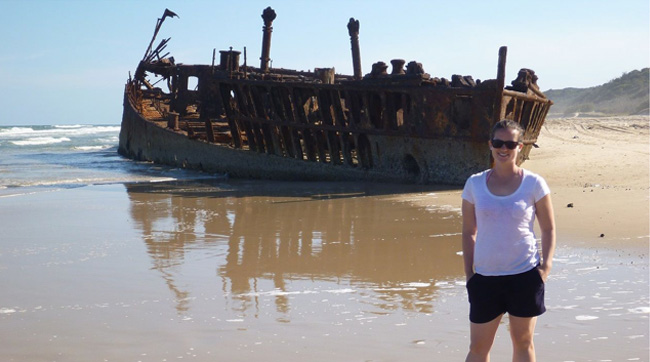 Briony Morgan and the TSS Maheno on Fraser Island

Professor Morgan first became involved with efforts to commemorate the Maheno while he was working as Head of the Melbourne Dental School, at the University of Melbourne. He read about a move to commemorate the ship and made contact with the organisers, the Brisbane High-Rise Rotary Club.

At an event at the University of Melbourne’s Medical History Museum, he passed on the story of the ship to guest speaker Dr Ross Bastiaan, a periodontist and leading Australian bronze sculptor. Dr Bastiaan had previously placed more than 270 large bronze commemorative information plaques in more than 20 countries around the world, explaining Australia and New Zealand’s role in military conflicts over the past 120 years.

Working with the rotary club and the local community, Dr Bastiaan produced a plaque recognising the Maheno and the work that it and its crew had achieved. 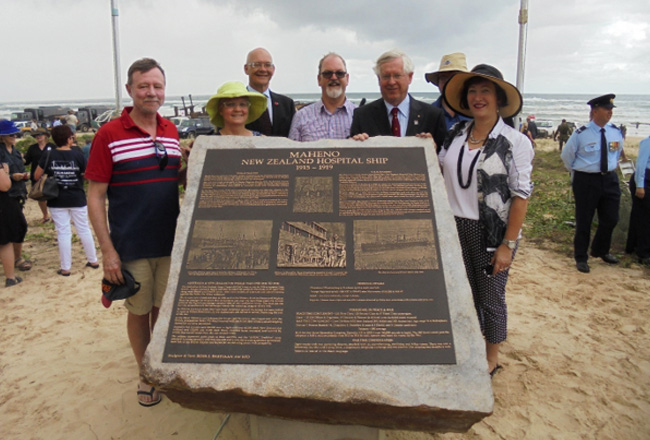 It was unveiled at a service co-ordinated with the 2017 ANZAC Day service beside the wreck of the ship, which was attended by the NZ High Commissioner, the indigenous Butchulla community and children from Maheno Primary School in New Zealand.

The plaque was placed on a piece of volcanic cooked sandstone sourced from the Maheno district, and transported to Australia by the Royal New Zealand Air Force. The schoolchildren, their principal and parents brought with them a copy of the original ship’s bell. At the lunch held as part of the commemoration, the menu replicated lunch served on board on Christmas Day 1918. 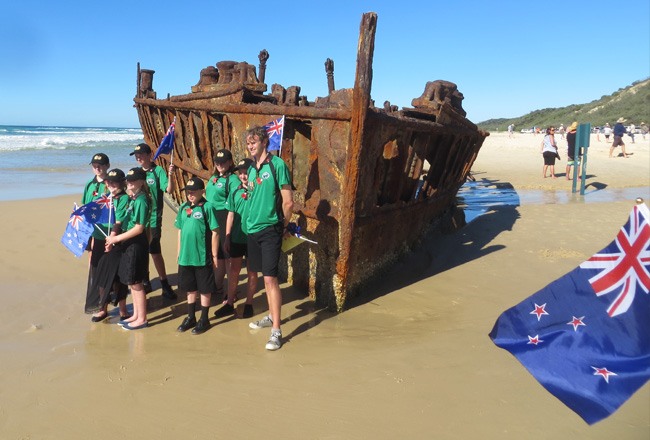 Maheno School students and Principal Ryan Fraser at the bow of the TSS Maheno in April 2015.
Photo courtesy of Professor Mike Morgan

The ceremony also brought together descendants of the crew and of those rescued during its time as a hospital ship.

“While none of us were there to witness the actual events 100 years ago, the stories from the ship passed down the generations have lasted and were shared on that day,” says Professor Morgan.

The only story about the Maheno which he remembers from his childhood is being told that Viv, at the age of 35, had come home and said to his wife that he was going to sign up for the hospital ship.

“They had a young family and she was furious apparently. When she asked ‘when are you going?’ he said ‘tomorrow’!” 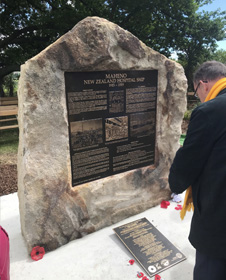 In 2018, New Zealand followed suit with its own commemorative ceremony for the Maheno, with the unveiling of a replica plaque at Maheno in North Otago, on Armistice Day, 11 November.

Those attending the service again included descendants of crew and those rescued. April Dickson described how her grandfather, an Australian WW1 soldier, was cared for on the Maheno following his evacuation from the battlefields during the conflict. He survived the war, but in the mid-1950s he too died of tuberculosis, a disease he and his fellow soldiers were constantly exposed to on the battlefields.

Professor Morgan says it is highly probably that Viv also contracted TB from wounded soldiers whilst he was serving as a radiographer.

“The story of the TSS Maheno and the service it provided in times of conflict is memorable,” he says. “It’s fitting that she, her crew and those for whom she provided a place of recovery and healing is permanently recognised, there for all the see in perpetuity.”

With his feet back on New Zealand soil, Professor Morgan is settling into his new role as Dean of the Faculty of Dentistry.

“It’s the start of an exciting year for the Dental School and for dental education and research in New Zealand,” he says.

“The University has put an enormous investment into the School through the new building here, the refurbishment of the Walsh Building and the new Manukau Super Clinic in Auckland. I describe it as a generational gift.”

He says alumni have been very keen to be kept up to date with what’s going on. “More than any other university I’ve seen, Otago alumni want to know what’s happening and they want to be involved.”

From Waihi originally, Professor Morgan’s family have many connections with dentistry – his father made dental amalgam; his mother was a School Dental Nurse; his grandfather on his maternal side was a student in the original dental school; his uncle was a dentistry student in the second building; and he graduated from the third in 1979.

“Dunedin is such a student-focussed city, it looks after its students, embraces them and welcomes them, the University is part of the fabric of the town.”

With a distinguished academic career, as well as being Dean at Otago he says the area of oral health in the Pacific “has grabbed my attention” and he has made contact with researchers working in the field.

Having left New Zealand shortly after gaining his degree, Professor Morgan says coming back to Otago is a way of giving back to the country.

“I left with no debt, I worked here for a year but I never really contributed. In some sense it’s a way of returning what New Zealand has given me.”