A long and wonderful journey 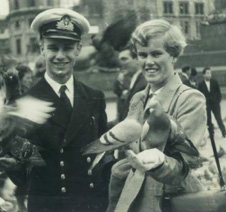 Winsome and Ross in Trafalgar Square, London, on their way to Cambridge in 1956

From North Otago to North Carolina, Winsome Wallace Leadbetter’s life has travelled many different paths, but perhaps none quite so special as the trail which follows alongside the Leith River in North Dunedin.

Winsome, a graduate of the Dunedin Teachers’ College in 1953, and her husband Ross Leadbetter, an Otago mathematics alumnus, reached out to the University recently after reading in Otago alumni newsletters about how the COVID-19 pandemic is impacting the lives of students. The couple responded by contacting the alumni office and making a very generous donation to Pūtea Tautoko, the student support fund. The donation comes from the estate of Winsome’s mother Martha Wallace, who lived in Oamaru.

“We saw the alumni letter about the hardship fund and thought this would be a good way to use my mother’s money. I want someone who needs it to enjoy it, to help them with their studies, and do something they couldn’t have done without it.”

While making the arrangements for the donation, we managed to catch up with where life has taken Winsome and Ross since they left Otago in 1954.

Speaking from their home in “two acres of woods” in the university town of Chapel Hill in North Carolina, Winsome’s memories of her time in Dunedin are as sharp as if they were yesterday. She spent three years at St Margaret’s College, and Ross lived at Knox.

“The trail between the colleges was well-worn by many of the students,” says Winsome. It holds a special place in the lives of the couple as one day, alongside a small tributary of the Leith, Ross proposed.

This is despite the fact that her answer to Ross that day was “I would if I could”.

“I knew I was too young; I was still in my teens. Ross gave the ring to my mother to keep because we didn’t announce our engagement until 1953.”

Born and raised in Oamaru, Winsome was Sports Dux at Waitaki Girls’ High School, and claims she “used her head much better for standing on than for thinking”. In fact, right until she was into her late sixties, her family would insist each birthday that she do headstands in the living room.

When she set off for her first year at Otago, she and a friend took their bikes on the train from Oamaru. Their luggage was collected at the station and they set off for St Margaret’s by bike. “We had no idea where it was, we had to stop and ask some people.”

A keen sportswoman, she was one of 12 students from around New Zealand to be accepted for a third year at teachers’ college to study Physical Education. Her sports of choice were “old-fashioned basketball”, which was the precursor to netball, and cricket. “My best score was 24 not out in my second year.”

Winsome says she recalls very clearly reading the Oamaru Mail one day and telling her mother about a new rector named Malcolm Leadbetter who had been appointed at Waitaki Boys’ High School, and saying what a funny name it was, and that she’d never heard of it before. “Little did I know!”

She and Ross first met when she was still living in Oamaru, and they were on their way to a workday at Camp Iona, a Presbyterian Church camp in North Otago. She loved helping with the maintenance around the camp, especially being “up a ladder hammering”. 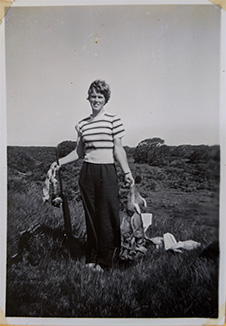 After a day’s rabbit shooting

“When Ross took me out on a date his brother Donald said to him ‘not that tomboy’”.

At Otago, Ross went on to gain his BSc in 1952 and MSc with First Class Honours in 1954, majoring in Mathematics and Physics. Winsome took up a career as a PE teacher after finishing at teachers’ college, visiting schools in Dunedin and rural Otago.

The pair couldn’t afford to take the train back to Oamaru for weekends, so they took up hitch-hiking.

‘My mother didn’t like it much, but she knew she wouldn’t get to see me otherwise.”

One time they were picked up by a senior staff member of the Otago Daily Times who was on his way to start his new job. “I got off at St Margaret’s and Ross went into town with him to show him where he was to go.” The episode was later written up in an editorial in the paper.

While at Otago, Ross was also part of the infamous “grand interplanetary hoax” of 1952. As Alison Clarke records in her blog while writing the history Otago, 150 years of New Zealand’s First University, the group of students came up with a detailed flight plan for two flying saucers which would fly over New Zealand from north to south on 6 December. The students were all home for the summer and wrote or phoned their newspapers to report sightings. Reports appeared in local newspapers all over New Zealand and the Press Association wired them around the country. The truth was only revealed in the late 1970s. 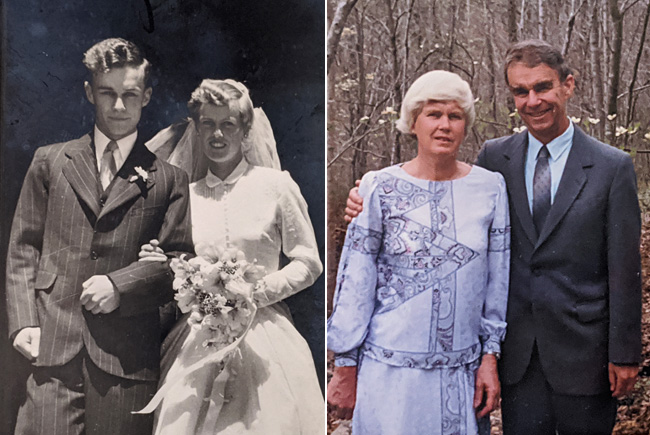 Winsome and Ross on their wedding day on 6 January 1955, at Columba Presbyterian Church in Oamaru, and at their home in the woods in North Carolina in the 1970s

The couple married at Columba Presbyterian Church in Oamaru on 6 January 1955 – four years to the day after they met. At the time, most weddings took place on Saturdays, so people had to take time off work to attend the Thursday wedding. Their first child was born on 7 January 1959.

With very little money, they went camping up the Waitaki Valley and into Central Otago for their honeymoon. 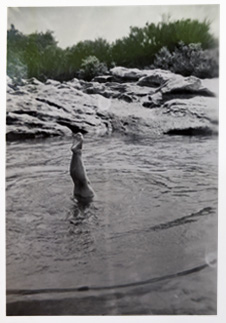 “We sizzled sausages, swam in rivers and lakes, it was perfect.”

The couple then moved to Wellington where Winsome continued to teach and Ross was offered a job at the New Zealand Applied Mathematics Laboratory, after seeing the sign in Courtenay Place and walking in off the street to see what they did.

“From there things really happened,” says Winsome. The New Zealand government set up the Defence Science Corps, and Ross was one of two candidates accepted into the Naval Research Laboratory. “I don’t think he knew one end of a ship from the other.”

They moved to the naval base in Devonport and in 1956 an opportunity arose to study at Cambridge University in the UK.

The pair travelled by ship across the Pacific, through the Panama Canal and on to Southampton, from there catching the train up to London, and then on to Cambridge after a few days sightseeing.

Ross studied for the university’s Mathematical Tripos course, and Winsome taught while Ross went back to being an undergraduate. The two-year maths course comprised classes morning and afternoon every day of the week. He graduated as a Cambridge Wrangler in the first year, which means he was in the top of his class, and gained Honours with Distinction in his final year.

“His exams were in May when it was beautiful weather, and he had to be dressed in a suit, collar and tie and his undergraduate gown, or he couldn’t do the exam.”

They returned to the Naval Research Laboratory, and in 1961 Ross was offered a job at the Research Triangle Institute in North Carolina.

They already had one child by this time, David, who was two, and Winsome was expecting their second. So, Ross was sent ahead to buy a house and Winsome flew over later with David and the new baby, Derek.

“Three days in slow planes, we stayed in hotels and motels on the way, and the first time Ross met his second child was here at our local airport. The plane stopped in the middle of a grassy field and Ross came out of a funny-looking shed and came across the field and met us.”

They went on to have “our two American daughters”, Jennifer and Karen, and now have 11 grandchildren and one great-grandchild. 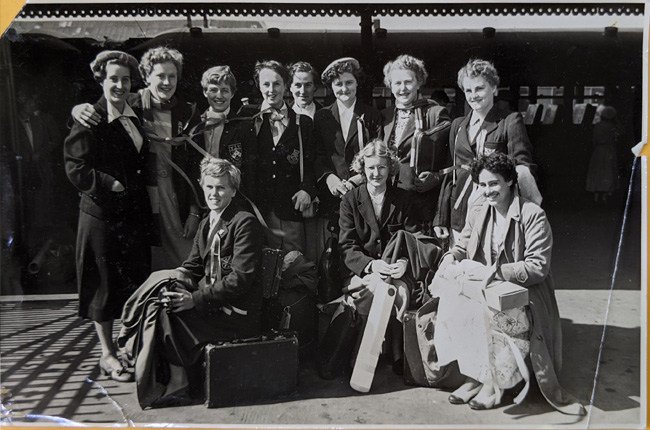 Winsome carried on teaching PE as a substitute (relief) teacher at a private school in the neighbouring town of Durham, and Ross gained his PhD in 1963. In 1966 he began a distinguished career as Professor of Statistics at the University of North Carolina, Chapel Hill.

Invited to work in many different countries, he and Winsome spent time living in the UK, Israel, Australia, Switzerland, Denmark and Belgium. Ross was awarded Honorary Doctorates from Lund University, Sweden and Lisbon University, Portugal and received the Carver Medal, for services to the Institute of Mathematical Statistics and Statistical Profession in 2011.

The “year or two” they thought they’d spend in the USA has turned into nearly 60 years, as part of a wonderful journey that started somewhere along the path between Knox and St Margaret’s College.