Around 40 of the University’s undergraduate scholarship recipients had a fun afternoon of pizza, games and celebration on Wednesday.

University Stewardship Officer Nicola Hoodless says, “the afternoon is a chance to acknowledge the generous support of our donors. It is also a great chance for networking with other scholarship winners.”

The group got to know each other better as they filled in thank you cards for their donors, and got to enjoy some yummy pizza, at the University Union Main Common Room. 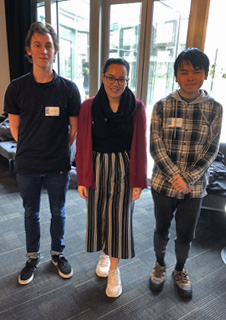 Isobel Harris Clark, originally from Levin, received an R and E Seelye Academic Excellence Entrance Scholarship. She is studying geography and politics and living in Carrington College. She says the scholarship has helped relieve the huge financial stress of university studies.

First year student Luke Tang from Dunedin also received an R and E Seelye Scholarship. He says the scholarship has been nice and receiving it felt like lifting a weight off his shoulders. He can now focus fully on his studies. Luke is living with his family and attended Dunedin’s King’s High School.

Second year student Taya Nicholas was another winner of the R and E Seelye Scholarship. Originally from Whitianga, he’s now flatting, but spent last year in Arana College. He is studying neuroscience and says the scholarship lets him have time to work out what he wants to do without financial pressure.

Rebekah Perry from Wellington is in her first year studying Health Science. She has received a Callis Trust Performance Entrance Scholarship. She studied at Chilton St James in Lower Hutt and is staying in Caroline Freeman College. She says the scholarship went towards her residential college fees. She is enjoying college life and has made many new friends there. 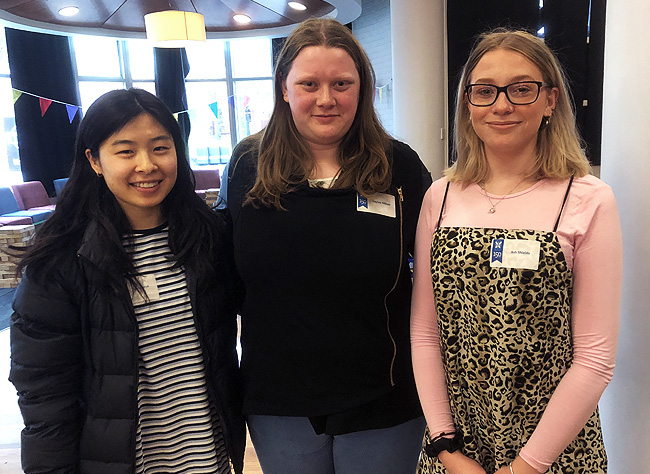 Ash Shields is studying Classics, Philosophy, and Ancient Greek. Originally from Blenheim she attended Marlborough Girls’ High school and is at Caroline Freeman College. She says the scholarship from R and E Seelye has been really great and reduced the stress so she can focus on her studies. She’s very thankful for receiving this support.

Originally from Matamata, Hayley Gibson is a third year Science student majoring in Anatomy and Genetics. She has also received an R and E Seelye Scholarship. She says the scholarship has taken the financial pressure off. “I met the donors last year and they were amazing and gave great advice and support. It was truly inspiring to meet them,” Hayley says.

Rotorua born Jenny Seok is in her third year studying Functional Human Biology. She also received an R and E Seelye Scholarship. “The financial assistance has been invaluable and I’m applying for medical school next year. It’s helped me to focus on my studies and definitely improved my grades. I also met the donors last year and it was great to put a face to a name and meet them in person,” Jenny says. 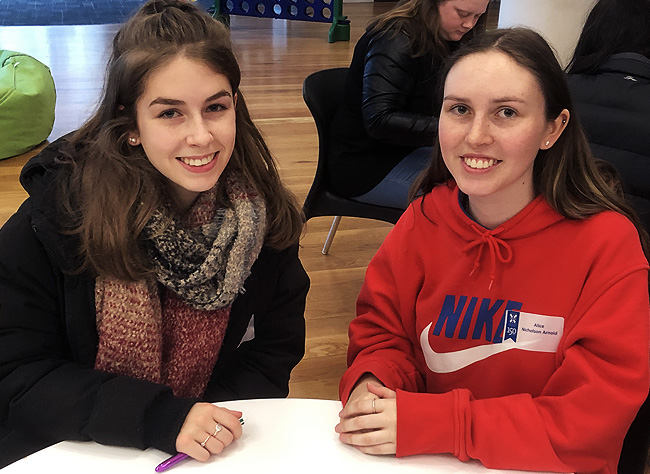 Alice Nicholson Arnold received an Alumni Appeal Entrance Scholarship. Originally from Christchurch, after attending Christchurch Girls’ High School she’s now in UniCol and studying Commerce. She says the scholarship has allowed her to attend university and study something that she really enjoys.