Christmas cards, pizza and talk about COVID-19 were on the menu on Wednesday when around 35 Alumni Entrance Scholars gathered for their pre-exam get together.

While busy at their table writing Christmas cards to their scholarship donors, Emma McColl, Ella Richardson, Anna Hika and Emma Riley say they have all enjoyed their courses and their respective colleges, though agreed it had been a challenging year due to the pandemic. 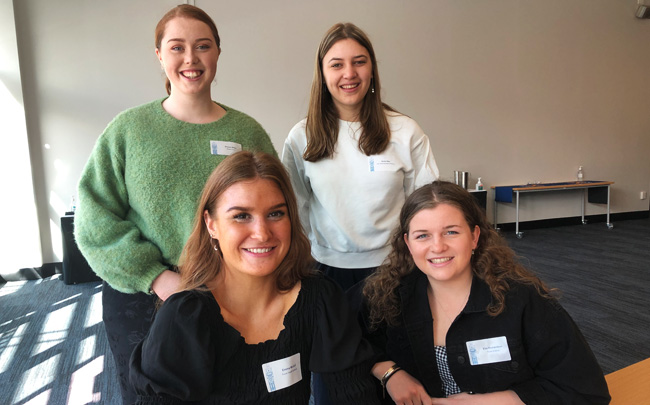 The four also agreed their scholarships had taken a lot of financial burden off them, helping them pay their hall fees and meaning they didn’t have to find part-time work – which is increasingly difficult to come by due to a shrinking job market.

“It was really tough learning from home,” says Emma McColl, who is in Studholme College but moved back home to Invercargill for the lockdown. “There was a lot of stress [this year], and to have that financial weight taken off means more than you realise, it takes a lot of burden off.”

“I had my own family issues as well this year and with so many worries going on during the year I was just very thankful finances hasn’t been one of them,” says Emma, who is studying for a Commerce degree.

Staying in Salmond College, Sarah Spargo was awarded a Callis Trust Scholarship and is doing a Bachelor of Teaching. She finished her high school at Fiordland College. “The scholarship’s helped me with my hall costs so I’ve been able to pursue my interest in gymnastics at the same time,” says Sarah, who has also been coaching other gymnasts. 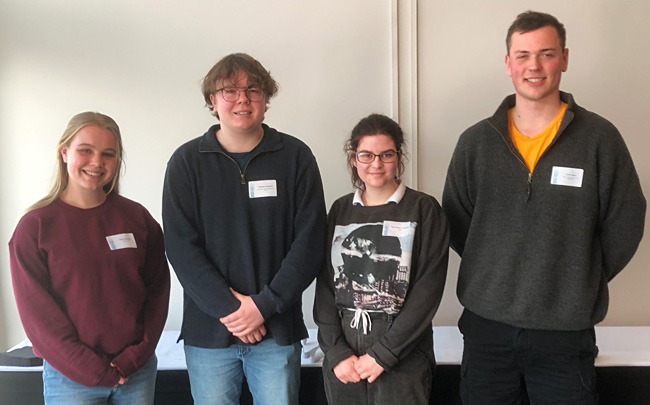 For Louis Davis, his David A Grant Piping and Drums Scholarship has been great for travel costs and has meant he’s been able to keep up his bagpipe playing at different events. David is a second year Maths major currently flatting in North Dunedin.

Highland drummer Douglas Bilsland received an Alexander Lean Bagpipe and Drum scholarship. Douglas is studying Law, Music and History and is staying in Studholme College. He says his scholarship has “given me the freedom to basically be able to return home within an instant due to COVID-19”. His year’s going really well and he’s enjoying it. 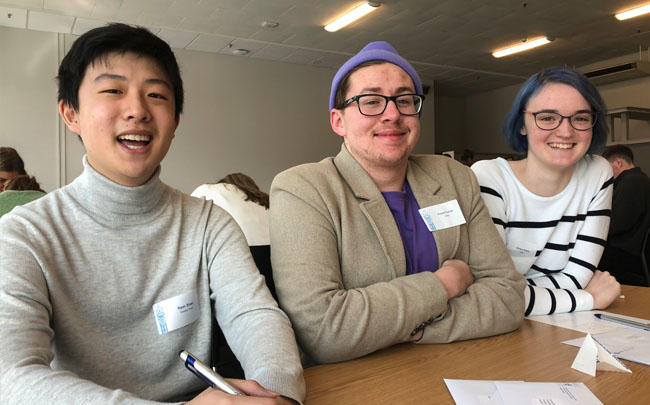 Ryan Zhao, who attended Westlake Boys in Auckland last year and is a St Margaret’s College resident, says his Seelye Trust scholarship meant he was able to come down to Dunedin to study. “I don’t think I could have covered the accommodation costs otherwise.”

Fellow St Margaret’s resident, and music student Grace Shaw echoes Ryan’s words. “The scholarship really helped me as I’m financially supporting myself through university, and it’s taken a lot of the stress off.” 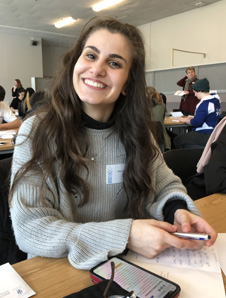 Grace, who was awarded a Donna-Rose Mckay scholarship, stayed at St Margaret’s for the lockdown. “St Margaret’s was really good at looking after us, we had our own bubbles, and we all looked out for each other and supported each other.”

At another table, Dima Al-Sheikh, a second year Dentistry student, says her Robert J Holdings scholarship helped her “focus on life lessons instead of financial aspects”. Dima arrived in New Zealand from Syria with her family five years ago.

“I’ve been able to gain life skills, like leadership and communication, and I’ve done some volunteering to give back to the community, instead of having to focus on finances.” 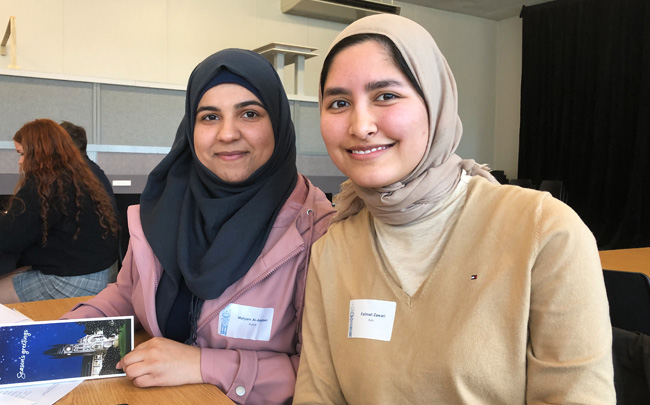 Maryam Al-Azzawi, who received an Alumni of University of Otago in America (AUOA) scholarship and is studying Health Sciences, says the scholarship has helped her with university costs like books and resources, including a computer. She says it took a lot of the worry and burden off her first year.

Maryam also says dealing with the impact of COVID-19 “has been a struggle. It’s been really tough. I’ve personally learned a lot of lessons from the quarantine period.” She found studying at home hard without the interaction with other people, “just doing papers all the time”.

Dima agrees, saying sitting at home studying in her room was really challenging. “I went back to Auckland and found it really hard to focus, [going back] turned holiday mode on, and I felt bad studying in my room.”

Hannah Mahu also has an AUOA Scholarship. She attended Taumarunui High School and is working towards a BA in Psychology. Hannah says so far, the year has been, “pretty good”, and “the scholarship has been very helpful as with the pandemic there have been many additional expenses.”

Also having a good year, is AUOA scholarship winner Harry Press. Originally from Wellington, Harry attended Hutt International Boys’ School and is studying Exercise and Sport Science. He says he’s happy to be studying subjects that he enjoys. 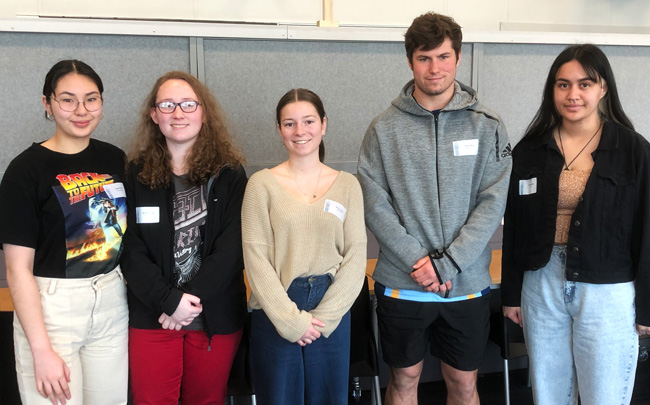 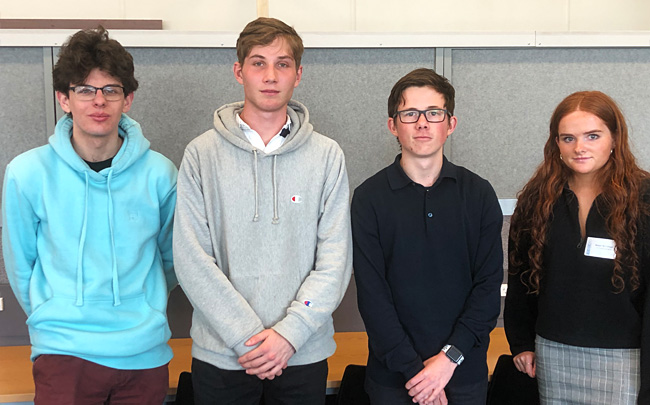