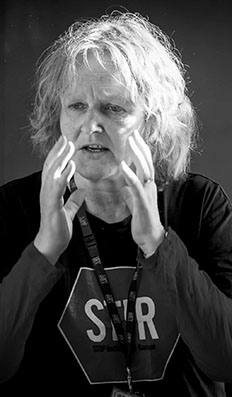 Taking a distance-learning Certificate in Health Promotion through Otago’s Wellington campus in 1996 helped create the foundations of a career in public health for Dr Heather Came-Friar, who was named a Member of the New Zealand Order of Merit (MNZM) for services to Māori, education and health in the New Year Honours.

Dr Came-Friar has advocated for social and racial justice and Te Tiriti o Waitangi recognition throughout her professional career in the health sector, non-governmental organisations, and academia.

While she was pleased to receive the recognition for her longstanding work, she says the honour is particularly nice for her mum and dad.

“It was lovely for my mum and dad … For me I appreciate the recognition, but the work is ongoing, it is unfinished business. I think it helps my parents understand why I work so hard and what I’ve been doing a bit more.”

Currently Associate Professor at the Department of Public Health at Auckland University of Technology (AUT), Dr Came-Friar’s path to health promotion began after gaining her Master of Political Science the University of Canterbury. She then moved to Taranaki, where she was involved in activism within the Rainbow community, and into the area of health promotion and the decision to study for the Certificate.

“I’d done my master’s degree and I had then decided to work in public health, and the Otago Certificate was one of very few things you could do by distance learning,” she says. “Many of my contemporaries in health promotion were doing it too. It was a great course that helped me understand more about my field – I’ve been working in health promotion and public health ever since.”

She has a decades long involvement with the Pākehā Tiriti workers movement and in 2020 co-published Critical te Tiriti Analysis, a new methodology to assess Te Tiriti compliance, which is being widely used in the health, public and research sectors.

Working in the health promotion field for 20 years before becoming an academic, Dr Came-Friar says the values of equity, social justice, anti-racism and Te Tiriti are central to the application of public health and health promotion, and the Otago course gave her the language to argue why she was doing something with her managers.

“When I was a young person doing that Certificate, it never occurred to me that I would be an academic. But health promotion people are my people and our shared values are always a short cut. When I run into them, we have that same commitment to kaupapa. It’s about working with communities and emancipation and supporting people to take control of their destinies.”

The focus of Dr Came-Friar’s research and teaching is racial justice, and she is co-Principal Investigator on a Marsden Fund project focused on reimagining anti-racism theory within the health sector.

She is also working with research students who are doing work around decolonising schooling, evaluating health services in different contexts, working out how to transform curriculum and change the health system.

“The next generation is very exciting, so it’s nice to be at a stage where you can help them amplify their voices … Because I can see that the beauty of building on other people’s work, it is what I have done, you can see already that they’re going to go further than we’ve ever gone with all the things we’ve done, because they get this leg up. But it’s amazing where they take the thinking, so that’s humbling and also inspiring.”

Dr Came-Friar has also been involved with the New Zealand Public Health Association since 1995, she chaired the Parliamentary Review of the National Cervical Screening Programme and has been a Fellow of the Health Promotion Forum since 2014. In 2012, she graduated with a PhD from the Waikato Management School and in 2022 set up a consultancy specialising in pursuing racial justice.