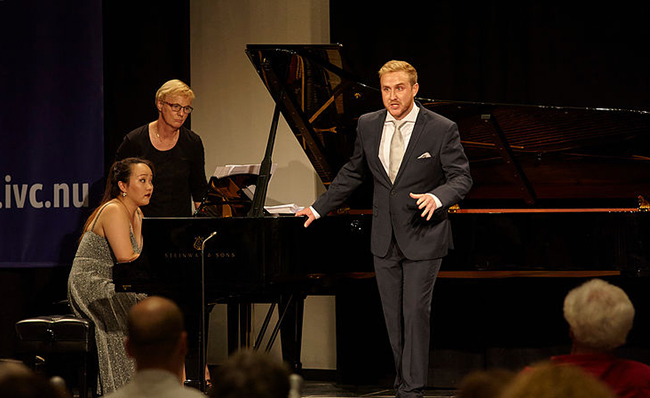 The talented baritone won the 2017 Kathleen Ferrier Award after four days of preliminary auditions, semi-finals and the finals competition at London’s Wigmore Hall in late April.

Julien, who studied at Otago between 2008 and 2012, says while the award money is “very generous”, the acclaim that comes with the win will open doors.

“It's one of the biggest, most prestigious competitions in the UK for young singers so to have my name on the list of winners is amazing.”

“It's recognition that I am on the right path to a career as a professional singer, and things are heading in the right direction.”

In preparation for the London performance Julien’s professor at the Royal College of Music – where he is taking an artist diploma in opera – advised him to treat each round as a winning performance. With this in mind, Julien chose a repertoire of pieces he loved to sing and that he knew he could perform well under pressure.

“I just practised a lot, took my songs and arias to different coaches and my teacher, and performed them for friends and colleagues as often as I could. I was in the middle of rehearsals for 'La Cenerentola' with Diva Opera at the time so my practice time was limited to evenings and early mornings, to fit around the rehearsal schedule.”

Julien has a simple yet effective technique for dealing with competition pressure, and tries to focus on the music rather than constantly comparing himself to other singers.

“Focus on what you can do and then just perform and entertain,” he says.

The formula seems to be working; in 2016 he won a Kiwi Music Scholarship, a Countess of Munster Award, the Brooks van der Pump English Song Competition, and the Joan Chissell Schumann Prize.

He describes studying music and modern languages at Otago, and student-life in Dunedin, as “amazing”.

“The level of teaching at Otago is exceptionally high. It set me up very well for the level of study at the Royal College of Music. They know the level that is expected internationally and ensure you are aiming for that. I also studied French in my BA and Barbara Stone and Constantin Grigorut were fantastic lecturers. As a singer, languages are so important and I am so glad I studied them at Otago.”

“It is a long road and requires dedication, hard work and discipline, on top of natural talent. I have always wanted to sing, so I have worked very hard over the years to make it a reality. Otago set me up well in my early development, and the RCM in London has been a fantastic place to learn and develop as a singer and performer. I have always loved languages and poetry so enjoy the linguistic side of it, and I have worked on my technique to allow my voice to do what I want to convey in the songs.”

Since graduating from Otago with a Master of Music (distinction) degree, he has completed a master’s in vocal performance at the International Opera School of the Royal College of Music.

Julien hopes his career’s current trajectory will continue; he is appearing on stages around Europe “more and more” and hopes to return to New Zealand to perform nationwide in coming years.

(Below, second from left) Julien with other category winners at the awards ceremony last month. 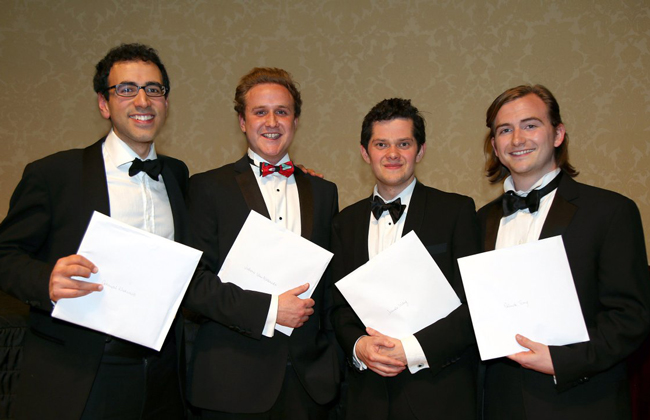