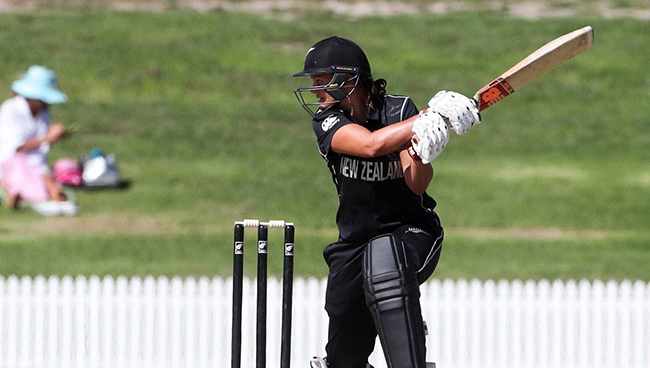 The University of Otago smashed it out of the park at the ASB Otago Sports Awards last Friday with the South Island Brain Injury Research Group (SIBIRG) initiative and cricketing alumna Suzie Bates receiving top awards.

Cricketer and University of Otago School of Physical Education graduate Suzie Bates doubled up on a win last year to again receive the NZME Sportswoman of the Year award.

Bates, who plays for the Otago Sparks, the Southern Vipers, the Perth Scorchers, the White Ferns, and is now in the UK playing for Hampshire, was quick to acknowledge the part her regional team played in her win.

“I am a very proud Otago girl and it was a huge honour to have been recognised at the Awards, and to see the Otago Sparks being named team of the year. It makes me proud to be a female cricketer in Otago with the progress we are making.”

The win continues Bates’ run of success on the international stage; in 2016 she was named ICC ODI and Twenty20 International Women’s Player of the Year and in 2015 she was named Wisden Leading Woman Cricketer in the World.

The University of Otago Innovation in Sport award went to the SIBIRG initiative, which looked at links between rugby players’ neck strength and concussion injuries. 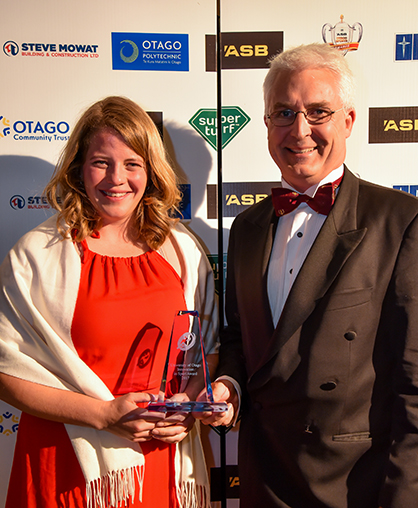 During the study, led by the School of Physical Education and Exercise Sciences Dr Hamish Osborne and research fellow Dr Danielle Salmon, Otago representative players in last season’s Mitre 10 Cup had sensors placed behind their ears at five home games.

“Additionally, those players that had larger neck strength differences between the left and right sides also sustained more impacts, and the impacts that they sustained were of greater severity. These findings suggest neck musculature plays a key role in controlling head movement during collisions in rugby, which from a prevention and minimization stand point is exciting.”

Increasing neck strength and improving the strength balance between the left and right side of the neck may reduce the number of impacts the head sustains and the severity of impacts over 10 g.

From an injury prevention perspective, this provides a strong case for the inclusion of neck exercises for all players as part of the normal training routine, she says.

Receiving the award was a "huge honour", and testament to the support researchers had from key stake holders, and the hard work a number of people that have contributed to the project, she says.

"Concussion is a very topical area in sports medicine, and with the support of CSx, New Zealand Rugby and the University of Otago, we have taken the first initial steps to understanding the role neck strength plays in controlling head acceleration during match play."