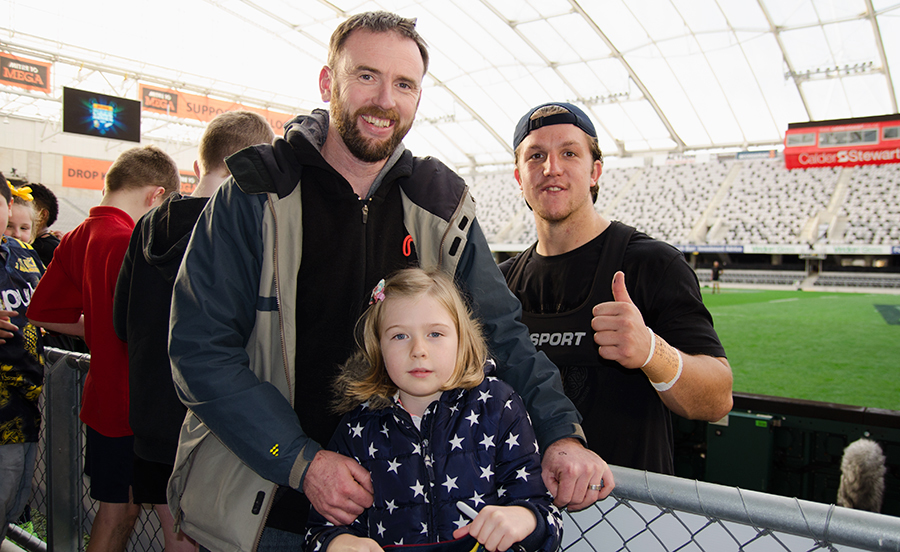 Alumni, friends and family came from far and wide to enjoy the atmosphere at the Highlanders' Captain's Run at the Forsyth Barr Stadium, Dunedin, on Monday 12 June.

Alumni had won tickets to attend the event via the Development and Alumni Relations Office and many brought guests.

During the "Run" players did fun, skill-building drills and practised plays that will not be seen again until Tuesday night's big clash with the touring British and Irish Lions team.

While they were all business on the pitch during training, several Highlanders were all smiles for fans afterwards and stayed on to chat with alumni and family, and sign team merchandise for young and old. 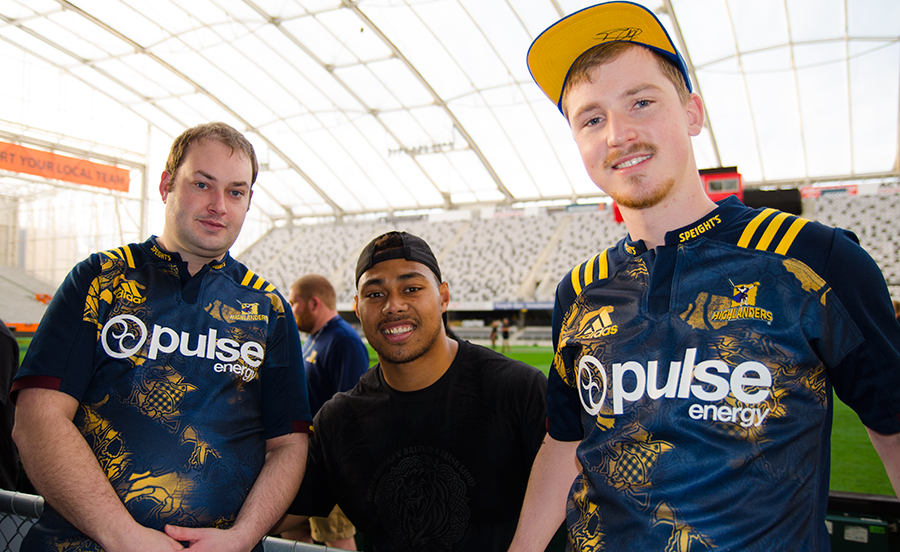 Humanities alumnus Brendan Seal and daughter Holly travelled from Cromwell to attend and were pleased to get photos with players Marty Banks, Teihorangi Walden and Malakia Fekitoa.

Brendan plans to return to Dunedin to start an "urban winery" later this year.

The Development and Alumni Relations Office thanks all who attended, and the Highlanders for hosting the event. 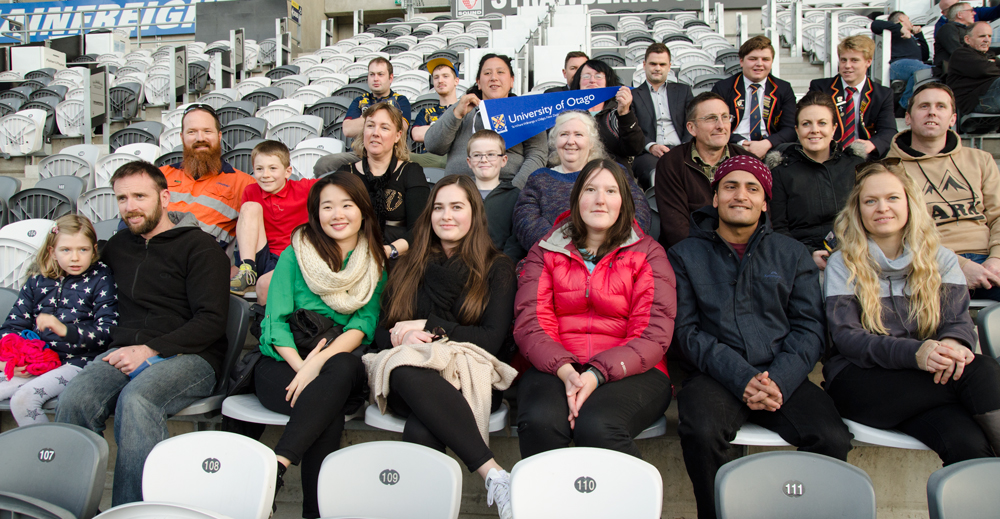 Last week Dunedin resident Annette Carr (pictured below) called in to Alumni House to collect the Highlanders jersey she had won in an Alumni and Friends competition.

Annette gained a Bachelor of Arts (French) from Otago in the late 1960s, and returned to study at the University in the late 1990s and early 2000s to gain various postgraduate diplomas and qualifications relevant to her 20-plus-year career in social services. 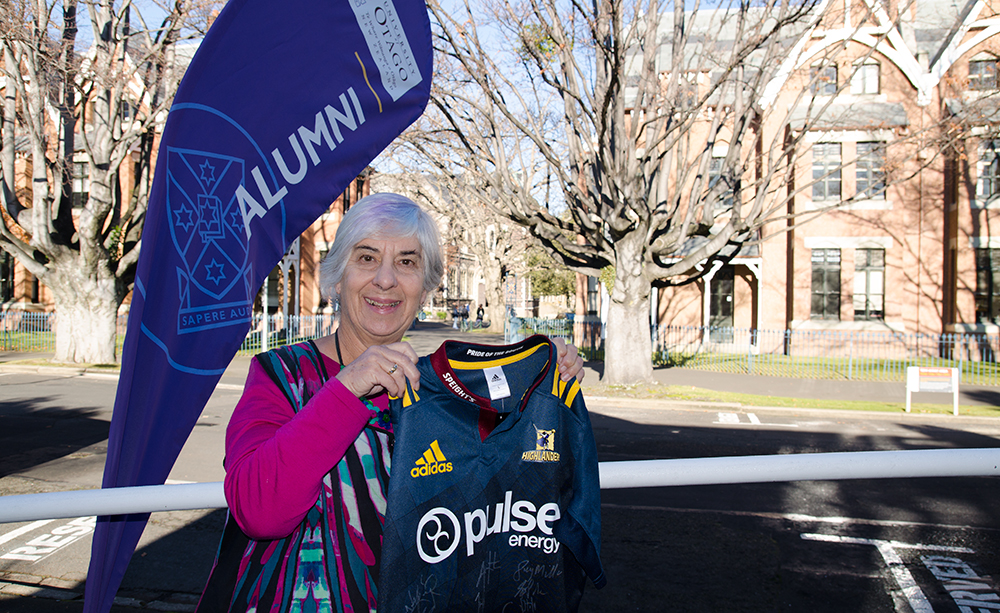