20,000km charity rally could be world of yurt for alumni 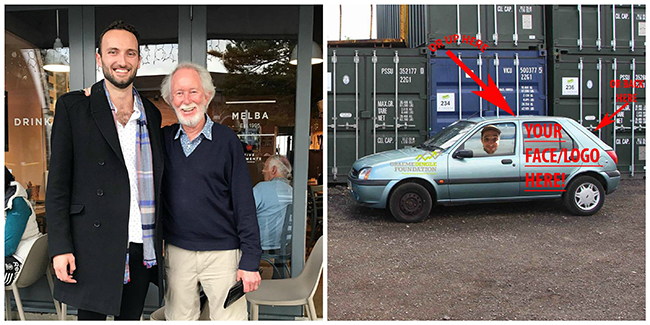 It could be the journey of a lifetime or, in the words of five Otago alumni who are about to embark on a 20,000km odyssey across central Asia in a pair of “inexpensive” cars, total “Genghis Kharnage”.

The route will take them and four other team members from the UK, across continental Europe, the Middle East and Mongolia, and the unforgiving Gobi Desert, before returning through Russia to Estonia.

Seb is realistic about his team’s level of preparedness for the epic adventure.

“In terms of suitability for this adventure, we're not your first pick. We have close to zero mechanical knowledge or ability. We did a very casual mechanics course with a family friend that no doubt will be a lifesaver. Also, three of us are 'very early beginners' when it comes to manual gear boxes but we've got plenty of road to practice on in coming months.”

The event is completely self-planned, funded and co-ordinated, and Seb says this presents questions about both the day-to-day logistics – “what do eight blokes eat while driving through the Gobi desert?” he wonders – and larger issues; so far they’ve secured three or four of the 11 visas required.

The Mongol Rally requires entrants to participate in “inexpensive” vehicles, and the team has bought two “mighty 1.2 litre” Ford Fiestas for less than 500 pounds.

While the ‘how’ of the trip is being sorted, Seb says the ‘why’ is still a bit of a puzzler. Sometime during their last year at Otago Harry and Sam suggested taking part in the Rickshaw Run, driving from one end of India in, you guessed it, a rickshaw.

Seb suggested the Mongol Rally because it seemed harder.

“There were more restrictions on vehicle size and price, and there’s a complete lack of any ‘official’ support. The idea ballooned into a group of about 20 people, but when push came to shove 18 months out from the start date, the only people who committed were the remaining eight.”

The group are doing the rally both because it is a “once-in-a-lifetime” opportunity, and to support the Graeme Dingle Foundation.

They all benefited from exposure to outdoor adventures and leadership opportunities at high school and want to raise about $1 per kilometre – about $20,000NZD – for the Graeme Dingle Foundation.

“We're not completely new to adventure-based charity fundraising, and in the past several of us participated in a charity swimming across Lake Taupo.

“Graeme Dingle is an avid adventurer with a load of climbing awards and records. He is a big believer in how being outdoors and taking part in adventure activities can raise awareness of critical issues. We wanted to spread the word about the great work the Foundation does.”

The group have benefited from sage advice from participants from previous rallies, and friends and family who have advised on what parts of the Middle East to “absolutely” avoid, which secret code words work if kidnapped, and proper etiquette for bribing border guards.

Seb describes the Otago contingent as a “mixed bunch.”

Harry, Nathan, Sam and Seb all met at Selwyn College in 2012 and subsequently flatted together on the Dundas Steps in 2013, while Richard and Seb reconnected at Otago while studying Commerce after attending the same high school.

The Otago mates and their other team members are prepared for the impending highs and lows, and would be disappointed if they didn’t have at least one major mechanical problem on the way.

“Otherwise it would just be too easy. We’d feel like everyone that donated would be disappointed! But it could be a case of ‘careful what you wish for’,” Seb says.
Highlights will include a week in Iran, the ‘Gates to Hell’ Darvaza gas crater in Turkmenistan, while the pitfalls could be “way too many to mention.”

But, as their group name (The Coddiwomples) suggests they are upbeat and looking forward to the adventure, although another top-contender for group was “The Yurt Locker”.

“Coddiwomple means ‘to travel in a purposeful manner towards a vague destination’. Sharing the adventure and challenges is the most significant part of this trip and following a detailed plan would certainly detract from the experience.

“The more people said it was madness, the more it made us committed to actually going through with this. I know some of our families thought this was all talk … we certainly surprised them!”

By June, The Coddiwomples had raised almost $15,000 NZD for the Graeme Dingle Foundation. Their goal is to hit $20,000 before the rally starts on 16 July, and with various donation ‘incentives’ such as “sending you a post card from Iran” and “a sticker of your face on our car”, they are hoping more people will want to have some fun supporting the charity. 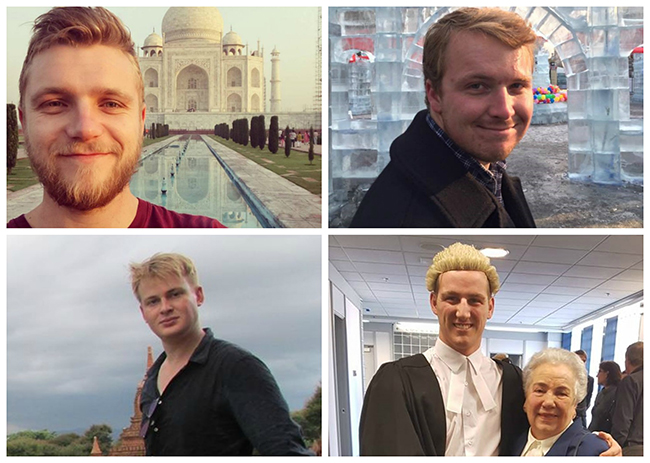