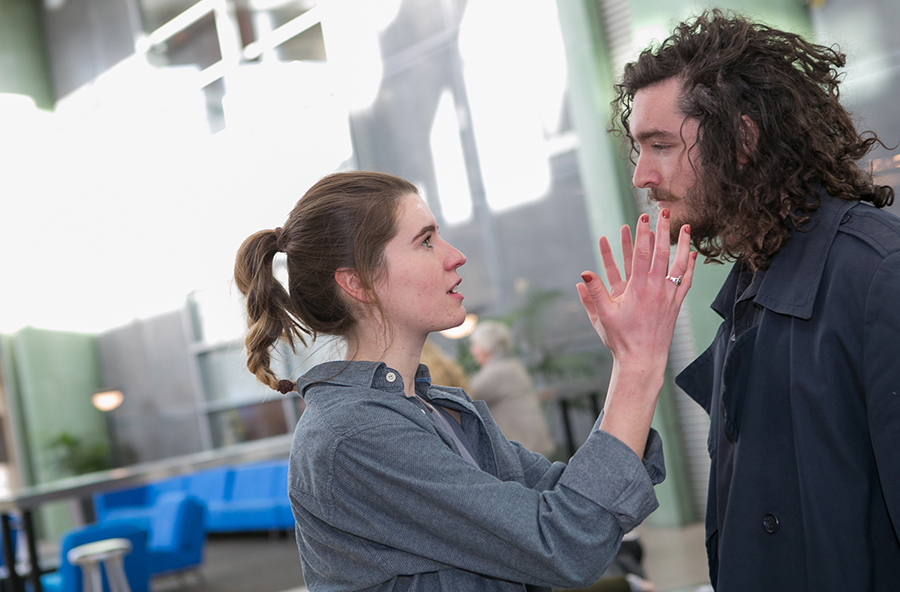 Otago students Kate Johnstone and Orion Carey-Clark perform a scene from Twelfth Night at the Dunedin campus on Monday (all images: Sharron Bennett)

Fortune Theatre marketing manager Jordan Dickson says the pop-up excerpts were aimed at attracting interest in full-length Twelfth Night performances, which will run at the Fortune between 1 and 22 July.

“Shakespeare translates well to a number of settings. As the Fortune Theatre changes and adapts to stay relevant we will be ‘popping-up’ in new and exciting ways across the city, and we are always eager to share what we do with the University and the broader Dunedin community.”

Actors may return to the campus during “Re-Orientation” week in mid-July, he says. 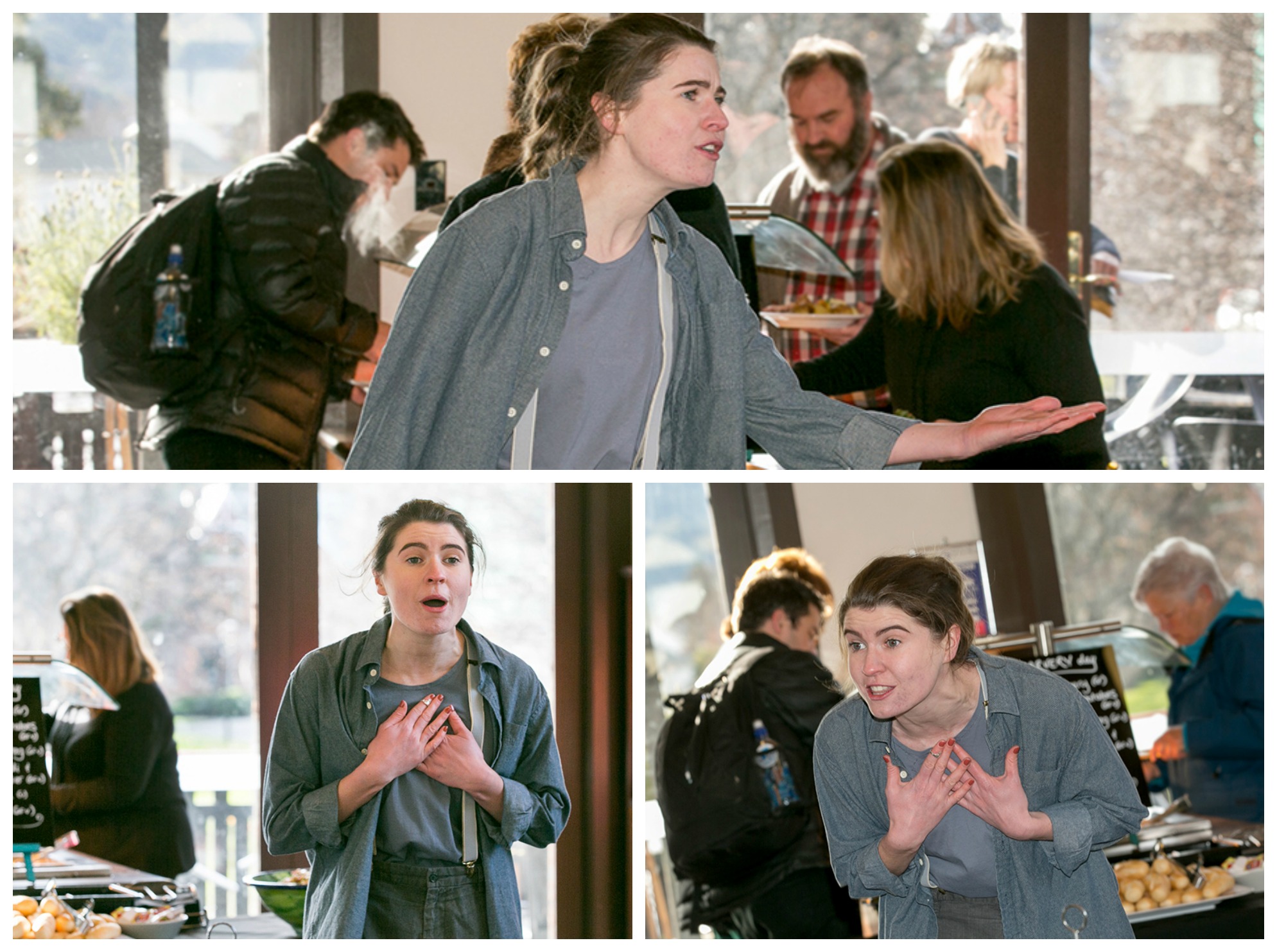 Kate Johnstone delivers a monologue at the University's Staff Club

During the season 11 current Otago students – three as performers, and eight in technical and other production roles – will work alongside professional theatre-makers.

Department of Music, Theatre and Performing Arts Head of Department Professor Stuart Young says the relationship between Otago and the Fortune Theatre “reflects the Department’s wish to provide internships and opportunities for students to gain on-stage and production industry experience.”

The collaboration also contributes resources, and cast members, which enable plays that are otherwise difficult to mount professionally to be staged; this is the first Shakespeare to be staged at the Fortune in 10 years, he says. 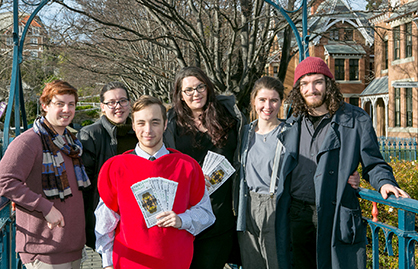 “Other universities have not been able to have the same relationship with professional theatres. We are in a city where it’s easier to create close connections between the local community and professional bodies. And also – as we saw with 2015’s inaugural joint production, Punk Rock – it’s a great marketing initiative; we can go out to high schools and show prospective students they don’t have to go elsewhere to get this experience while studying.”

“This production promises to be similarly exciting; it is directed by Ben Henson, a bold, young British-trained director who is based in Auckland, where he has directed for the Pop-Up Globe.”
Fortune Theatre Artistic Director Jonathon Hendry agrees that collaborations with Otago provide “invaluable opportunities for emerging practitioners to gain experience in a professional theatre environment.”

“This is just one of many ways Fortune is committed to fostering the talent of tomorrow, not only for our own organisation but for the arts-ecosystem of Aotearoa. A number of graduates from Punk Rock have gone on to further work here at Fortune and beyond and we hope to find similar success with our 2017 interns also.”

Otago’s Development and Alumni Relations Office, which hosted Monday’s pop-up event, will also hold a pre-session gala event before a special performance of the Twelfth Night on 30 June.

About 60 alumni will hear about the play from director Benjamin Henson, the production from Fortune marketing manager (and Otago alumnus) Jordan Dickson, and gain insights the play’s complicated gender politics from Otago English Professor Dr Lynn Tribble. Later in the evening gala attendees will join alumni who received free tickets to a preview performance of the play.

Due to high demand tickets to the alumni gala and preview performance are not available; BUT click here to book tickets to the Twelfth Night at the Fortune in July!