Adventure a way of life for filmmaking alumnus 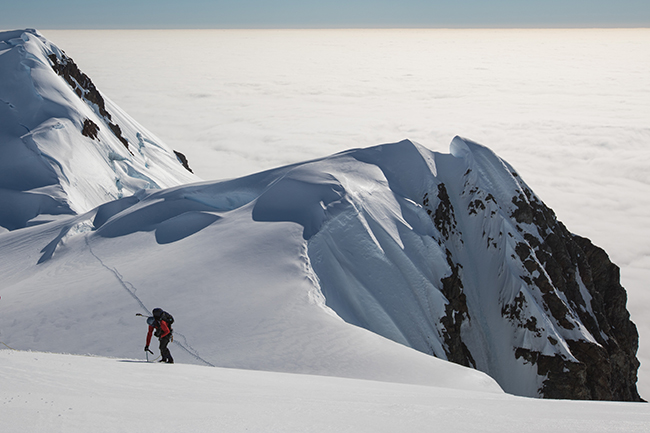 Just “get out there and make exploring a part of your life,” says filmmaker Simon Lucas.

The Otago zoology and wildlife management alumnus has taken plenty of his own advice, and the results are an award-winning documentary and another about climbing one of the most remote mountains on earth, which premieres at the New Zealand Mountain Film and Book Festival in Wanaka on 1 July.

In February Simon joined the 2017 Inspiring Explorers’ Expedition to climb Mount Scott in Antarctica. As part of the expedition’s outreach programme he directed and produced an eight-and-a-half-minute short film Mount Scott about the epic adventure.

Simon says the expedition team first saw the imposing 880m peak at 5am as their boat arrived at the ice. He describes standing on its summit 12 hours later as an “overwhelming” experience.

“It was challenging because I hadn’t done a lot of mountaineering and it was reasonably technical climbing using crampons and gear to cross heavily crevassed glaciers. We had a full whiteout, which made the climb even more intimidating.”

Climbing with the experienced guides eased the pressure to a degree, but Simon says the fact that no one on the support boat had mountaineering experience, and helicopter support was hundreds of kilometres away across Antarctica’s frozen expanse “crossed [his] mind occasionally.”

The expedition to the Antarctic Peninsula, part of an Antarctic Heritage Trust project, produced about eight hours of footage, which took about 300 hours to edit down to the final short documentary.

“We wanted the film to have impact and that’s why it is eight-and-a-half minutes long. I wanted the message to be targeted so that young people on a lunch break, or online, had a short, sharp, single message film to watch.”

The "message", elegant in its simplicity, should have wide appeal; “just get out there and explore for your own reasons. The more you do it, the more it becomes a part of your life.”

Simon’s work has taken him to many remote areas including a 1,500km canoe trip through the Canadian and Alaskan wilderness, which was documented in his 2016 debut film Paddle for the North. 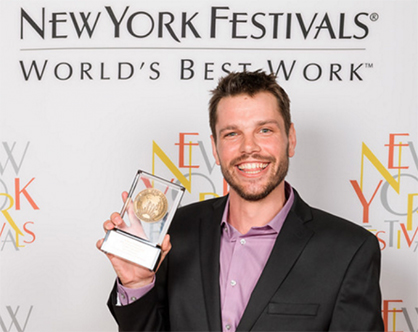 More recently he travelled extensively through Europe, North America and South America and filmed a trip to the Zambesi River in Africa for a documentary on threats to the river’s ecology.

“The documentary is aimed at trying to raise awareness of the impact of plans to dam the river, which will flood one of the most beautiful areas of Africa, which has so much amazing flora and fauna, and is home to some of the best white water rafting on the planet. There’s a saying, ‘people only protect what they love, and only love what they know’. I feel like by shining a spotlight on issues through film, I might help raise awareness about a range of ecological and environmental issues.”

The documentary will be released later this year.

Simon credits his time at the University of Otago with introducing him to the joys of hiking, hunting and his love of exploring remote areas.

“I’d grown up experiencing the ocean and went to Otago to study marine biology. But the first-year friends I made at Otago took me hiking and hunting. Eventually I’d try and get out most weekends. Also, studying wildlife management was incredible because of the great fieldtrips and hands on experiences we had. I went to Otago to learn and be more independent but also gained an appreciation of the outdoors and adventure that really has been life-changing.”

Simon now combines work as a first mate on a recently completed ocean-going launch that is “similar to Sir Peter Blake’s, minus the sail” with part-time filmmaking. He jokes about the possibility of persuading the boat’s owner to take it on a maiden voyage to Antarctica.

“Talking with scientists on the expedition [in February] rekindled my interest in science – I’d love to go to places like Scott Base and integrate more science into a documentary on the complex ecosystems that exist in these inhospitable, remote and incredibly beautiful places.” 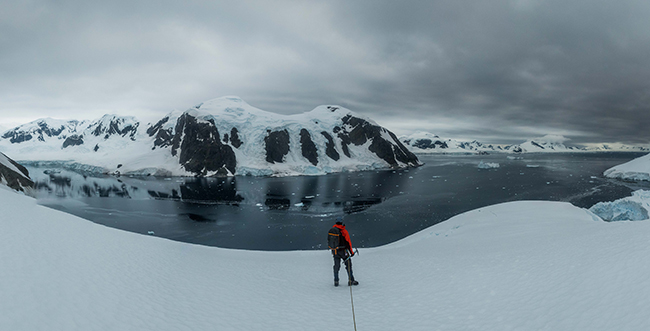