Bookshop chat a cut above 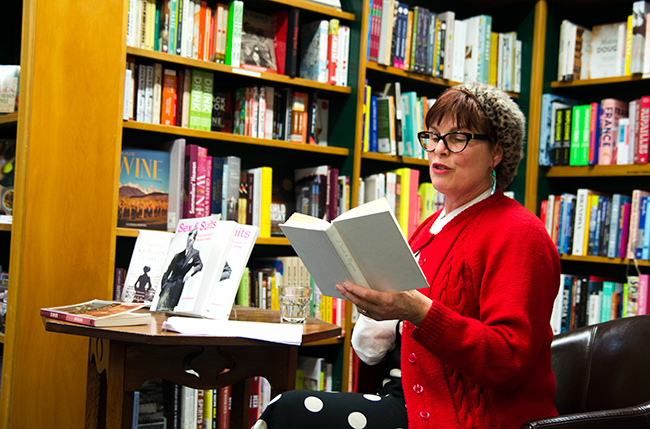 Extra chairs were needed at last night’s ABC with Otago Lecturers event at Dunedin’s University Book Shop, which again featured discussion that was a cut above the rest.

Otago Summer School and Continuing Education Director Dr Elaine Webster explained her interest and studies in fashion before talking about the sartorially-oriented Sex and Suits by Anne Hollander and A Guide to Elegance by Genevieve Antonine Dariaux.

Dr Webster unpicked Hollander’s argument on how suits have remained a relatively unchanged staple in the male “power-dressing” wardrobe since the 17th-century, and how they have come to represent athleticism and a “sombre” sexuality and strength.

In contrast, Hollander suggests, women’s clothing has been colourful and subject to constant change. It has gradually converged with male clothing, assimilating elements from the male domain, and the suit has become a permanent part of the women’s clothing collection.

Dr Webster gave insights into the “tricks” used to give the suit its shape – she once unpicked and recut a vintage suit to learn more about its construction – and the fabrics used in suit making (often natural fibres such as wool), which give many men’s garments a “hand-crafted” or tailored look.

After her talk more than 40 alumni and attendees had a wide-ranging, entertaining discussion on topics including the history of clothing in relation to gender politics, the future of the suit, and the simultaneously anachronistic yet informative information on grace, poise and sartorial elegance presented in A Guide to Elegance.

Referring to a stretch-fabric suit she had recently seen in a national retailer selling for less than $100, Dr Webster suggested the garment was set to remain a fashion standard-bearer for both sexes - suits will continue to assume new forms while still making a statement, she says.

Details of our next ABC with Otago Lecturers at UBS events will be posted on our events page soon.