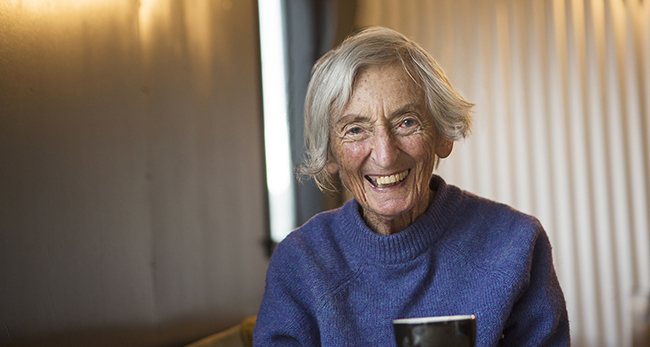 The title of a new documentary detailing the life of writer, illustrator and natural historian Sheila Natusch says it all – the Otago alumna is No Ordinary Sheila.

The film, directed by Sheila’s cousin and well-known New Zealand film maker Hugh McDonald, will premiere at the International Film Festival in Wellington on 3 August.

During a career spanning more than 60 years Natusch has produced more than 30 books on the environment and natural history, including Animals of New Zealand, which is often described as her magnum opus.

She received the New Zealand Order of Merit in 2007 for her work as a writer and illustrator.

While studying she worked part-time at Dunedin’s Botanic Garden and enjoyed tramping and climbing in Otago’s remote back country, often collecting rocks and plants during her travels.

She moved to Wellington in the 1950s with her hydro-engineer husband Gilbert Natusch. In 2015 she told Otago Magazine she had recently stopped her daily yacht outings around Owhiro Bay, near her home.

In addition to her own projects, Sheila worked at times at the National Library and Correspondence School.

Sheila has been a longstanding member of the Royal Society of New Zealand and represented Southland on the Society’s standing committee for many years.