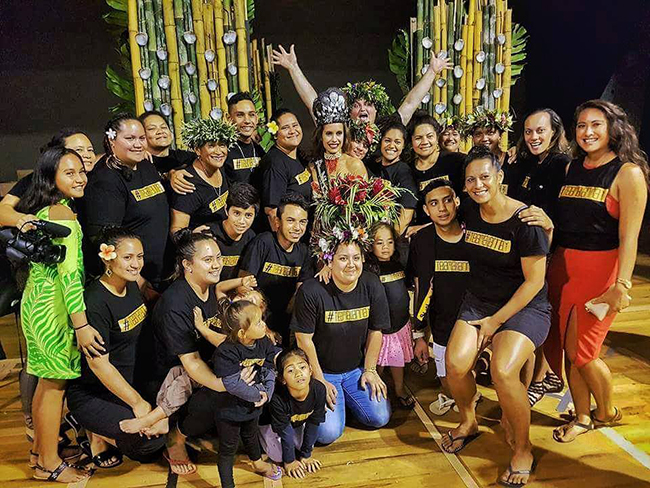 Alanna, who graduated from Otago in 2014 with a Bachelor of Applied Science in Environmental Management, received the award at the National Auditorium, Rarotonga, last Saturday.

The “Constitution Day baby” turns 25 on Friday 4 August, which is also a national holiday marking the day the Pacific nation became self-governing in 1965.

For the past three years Alanna has worked for Te Ipukarea Society, a local environmental NGO based in Rarotonga. Her work includes areas such as waste management, youth development projects, ecological sustainable development and biodiversity and climate change initiatives. 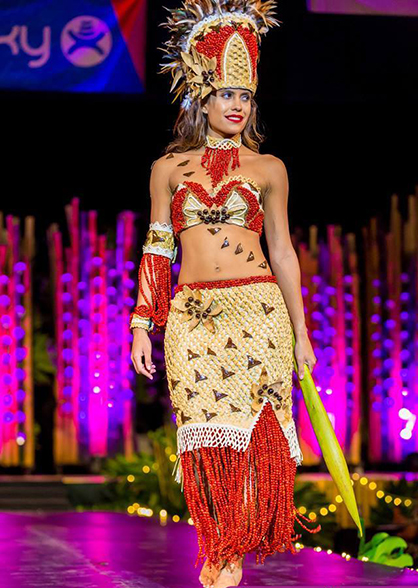 Alanna during the traditional costume event

“Otago’s Environmental Management course was really robust and covered a range of issues that have tied in closely with my current work. I have applied many skills learnt on the course to an environment here in the Cook Islands, which has greatly assisted in the development of my nation in terms of conservation.”

Alanna jokes that while she does not miss Dunedin’s climate, she has fond memories of her alma mater, and the social opportunities afforded by studying at Otago.

“I haven’t missed the cold, but I do miss the good old ‘scarfie’ lifestyle and the friends I made at Otago.”

Along with her wide-ranging conservation work, Alanna is also a keen hiker and sportsperson, and was recently named in the 18-member Black Pearls squad who will be competing in the Nations Cup in Singapore in December.