Q: What's better than one law award? A: Winning Two. 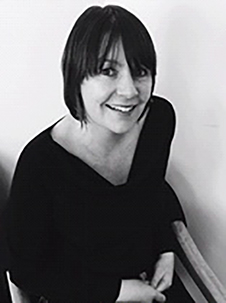 What is better than winning one national award for being an outstanding in-house lawyer? Winning two, says recent double-recipient and Otago law alumna Helen Davidson.

Helen, who is General Counsel and Complaints Manager for the Institution of Professional Engineers New Zealand (IPENZ), recently received two In-house Lawyers Association of New Zealand awards, each worth $5,000.

Winning awards in the “innovation” and “private sector in-house lawyer of the year” categories was a career highlight, but Helen says in her profession notable events are part of her “everyday experience.”

“I’ve helped a grieving family obtain closure over the loss of their baby by leading a thorough and fair investigation into what happened.
“I’ve also been fortunate to be part of a dynamic multidisciplinary team advocating for one of the most important professions, engineering, in new and innovative ways. I now have the privilege of leading a team of passionate early-career lawyers. There’s so much that gets me out of bed in the morning.”

A long family tradition dictated Helen would attend Otago, but she had not decided on a course of study so enrolled in a range of first-year papers.
“I was accepted into second-year law, but only really began to appreciate the value of the experiences Otago was offering me in my third year.”

“On the academic side, I received strong guidance and support from lecturers in a skills-based learning environment that supported innovation and my professional growth.”

Beyond the academic, being a student at Otago taught Helen some of the most “important skills to be successful in life beyond university – both personally and professionally.”

“University is a self-directed learning environment, and with that comes the “Scarfie experience” outside of the classroom – music, parties, friendships, mouldy flats, part-time jobs – including getting up on a Saturday morning to clean a pub, urgh!”

“You need to stay pretty focussed. I learnt to believe in myself, rely on myself, persevere, adapt, and balance work and life. It is important to be practical about things, seek out opportunities, and learn from others rather than compete with them. It is these skills that I think makes an Otago graduate stand out. And, it is these skills that I think have enabled me to have such an awesome and diverse career so far.”

Helen graduated from Otago in 2004 with a Bachelor of Laws with Honours First Class and a Master of Bioethics and Health Law with Distinction. She has since worked in New Zealand and overseas, including as an in-house lawyer with the Health and Disability Commissioner, the Director of Patient Safety for the Ministry of Health in British Columbia Canada, and on academic projects at Otago and overseas.

Helen would advise current law students to “work hard but [not take themselves] too seriously.”

“Smarts are important in the world of work, but soft skills are more important – instead of competing, take time to get to know different people and recognise the value different skills can bring to the table. Be patient, honest and kind. Learn to communicate well and collaborate. Most of all, have a great time!”

“Helen has transformed our complaints and disciplinary process in just over a year. The impact has been significant – in re-engineering what was a very noisy pain point for our members she has earnt the respect and admiration of the profession. It is thrilling that she has been recognised by the legal profession for the both the changes and for her General Counsel work,” she says.

The Association is affiliated with the New Zealand Law Society.