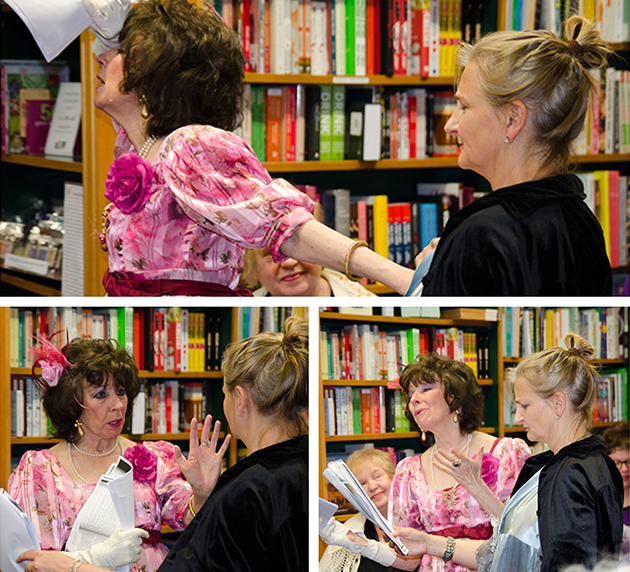 Hilarious, risqué, authentic and exuding Regency-era wit and sagacity – and that was just the actors performing excerpts from Jane Austen’s Mansfield Park at Dunedin’s UBS Bookshop on Tuesday night.

The dialogue was punctuated with explanations of Mansfield Park’s complicated themes, and the work’s literary and historical context, by Department of English and Linguistics lecturer Nicola Cummins.

Nicola’s insights showed how the English writer’s work remains relevant and rewarding to readers 200 years after her death.

After “Miss” Warrington set the scene by giving the players “lessons on the actor’s craft” – it seems stagecraft in the amateur home theatres of the early-1800s was hardly a casual affair – “Mistress” Halba and “Miss” MacTavish read passages from the book in which several main protagonists decide to perform the play Lover’s Vows, and then quibble about the roles each should play.

Nicola explained that the novel was published immediately after Pride and Prejudice, and that many of the obviously romantic themes that made the earlier work so popular were either rejected or challenged in Mansfield Park; the work can almost be read as an “anti-Pride and Prejudice”, she says.

Its central narrative – the interactions of family members and guests in a “great house” in Northamptonshire – is told from the perspective of Fanny Price – someone who is “not exactly a social outsider, but is outside the family circle”, she says.

By making Price – who is almost an ironic parody of the wholesome heroine of Romantic literature – a central character, Austen afforded extra insight into the complicated Regency-era social arrangements. From humble beginnings, and by steadfastly remaining a paragon of virtue, Fanny will be rewarded. 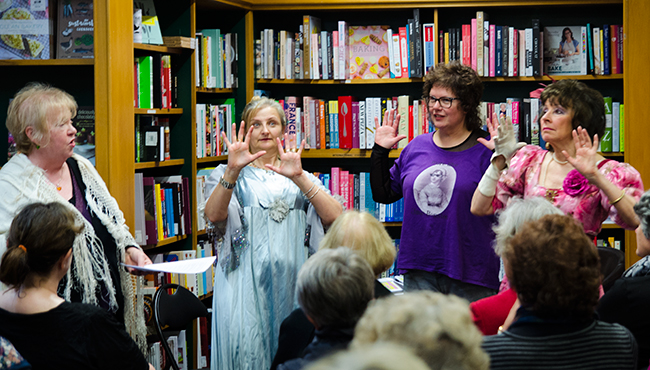 Nicola invited alumni to appreciate the book’s symbolism; in one passage about an outing at Sotherton Court Austen has the (unmarried) characters Maria Bertram and Henry Crawford jump a small ditch (the ha-ha) to venture further into the woods. Others, mindful of the potential for scandal, remain behind.

After a very entertaining and thought-provoking hour’s performance and explanatory interludes the audience and “players” discussed the nuances of Austen’s work, and her gift for characterisation. In recreating the spirit of amateur “home” theatre of the period, and insightful commentary, many a laugh was had – mostly in response to Miss MacTavish’s thick application “of irony” when delivering her lines.

Thanks to our academics, supporters and alumni for helping bring the work so easily to life, 200 years after it first graced the page (and "stage").

Be sure to book for our next ABC with Otago Lecturers at UBS event - details will be posted on the Alumni and Friends website's events section soon!