Documentary to bring Chills to audiences

The production company behind a forthcoming film about The Chills is calling on Otago alumni to contribute archive footage relating to the well-known band, and the Dunedin Sound.

The “theatrical documentary”, due for release in 2019, is aimed at uncovering the dramatic story of The Chills and their enigmatic leader Martin Phillipps, and is currently in the early stages of fund-raising and production.

Director Julia Parnell says the film promises to be an engrossing music documentary which will transport fans back to the heady days of the 1980s and 90s, when the Dunedin Sound was at its zenith.

“The story of The Chills has it all, death, drama and luminous music, but it’s Martin Phillipps unrelenting pursuit of his creative vision in the face of the greatest odds that has inspired the creation of this film,” she says. 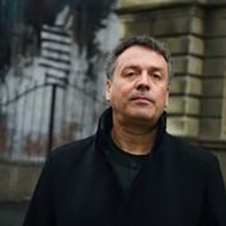 But the film will be as much about an epoch as it will be about the band’s journey.

“We want the audience to hear the songs that personify 1980s New Zealand, when people loved their leather jackets, and lived through the ‘doldrums’, and to see Dunedin come alive on the big screen.”

Julia says Otago alumni will likely have a “unique connection to, and perspective on, the Dunedin Sound.”

“We are looking to connect with as many people who were there as possible. We’d love to hear from people who have personal anecdotes, live footage, photographs or artwork they could share with the team.”

The production company also launched a crowd-funding campaign on 19 September.