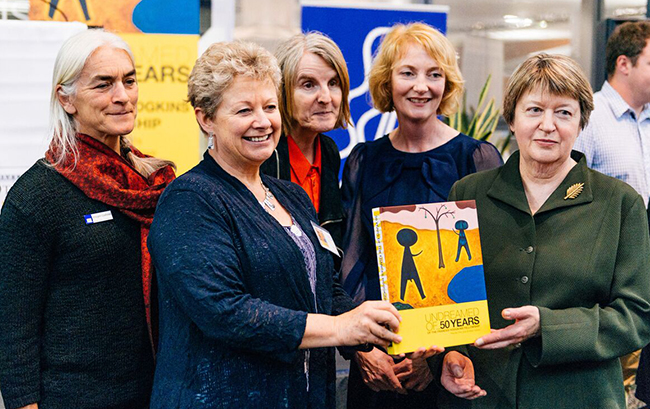 A book celebrating and commemorating 50 years of the University’s Frances Hodgkins Fellowship was officially launched last night, as part of an alumni event at the Link.

Undreamed Of: 50 years of the Frances Hodgkins Fellowship was written by arts commentator Priscilla Pitts and journalist Andrea Hotere and published by Otago University Press.

It is the second part of a two-part project to mark 50 years of the prestigious visual arts fellowship, which was established by the University of Otago half a century ago, to ‘encourage artists in the practice and advancement of their art’ by providing a studio and a year’s stipend. It was the only artists’ residency of its sort in its day and remains the most generous of its kind today.

The book follows an exhibition with the same name, jointly hosted by the University’s Hocken Library and the Dunedin Public Art Gallery from November 2016 to February 2017, which displayed works by the 49 artists who have held the Fellowship from Michael Illingworth in 1966 to Miranda Parkes in 2016.

The book brings together the art and stories of these fellows. Priscilla Pitts writes about their work, while Andrea Hotere (the daughter of the fourth recipient of the fellowship, Ralph Hotere) interviews the artists about their lives and sources of inspiration. It is arranged chronologically, featuring artworks by each Fellow, together with a discussion of these works and their stories.

Otago University Press Publisher Rachel Scott says Undreamed Of is a vibrant celebration of the talent fostered through this fellowship, showing how the artistic wealth created has flowed back into the culture of New Zealand. 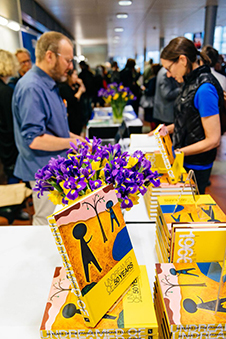 “It’s a beautifully produced and fitting representation of the art that has been produced in New Zealand over the last 50 years, and it demonstrates that the people selecting the fellows have exercised real judgment about who to choose, focussing on what was new in New Zealand art. Some of the early recipients are household names, and many of the more recent ones are on their way.”

The Tuesday-night launch was held in conjunction with Otago’s Development and Alumni Relations Office, and attended by over 100 people including alumni and members of Dunedin’s arts community. Five former Fellows who feature in the book were also present.

Successive fellows had created work that was significant in the context of their careers, had added to New Zealand’s creative heritage, and ensured art “had never just been part of the furniture” at Otago.

Vice-Chancellor Professor Harlene Hayne also spoke at the launch, outlining many recent highlights for Otago – including the recent announcement of the University’s lead role in the new $35 million Genomics Aotearoa project, and the many awards gained by its teaching faculty.

She also spoke of the University’s upcoming 150th celebrations in 2019, and put the Fellowship’s first 50 years into the context of the broader achievements of the University over the past century-and-a-half. 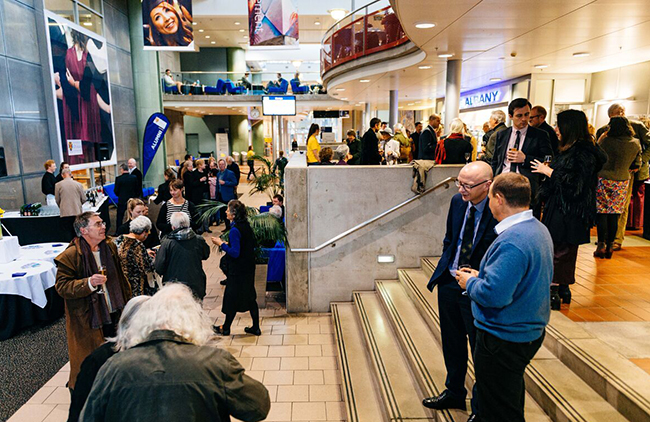