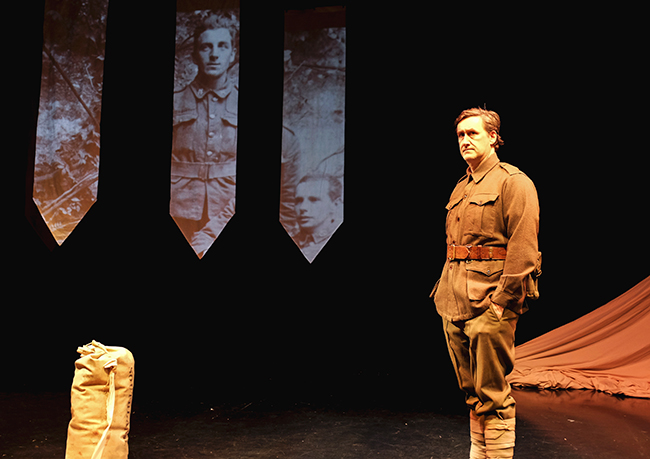 Otago History and Theatre Studies alumna Cindy Diver has strong family connections with a WW1-themed play she co-directed, which will be performed at Otago’s Dunedin campus this week.

Written by the Faculty of Dentistry’s Associate Dean (Māori) Professor John Broughton, Homecoming is a play in two parts. The first, Hell and Bullets, is the story of Ngāi Tahu soldier Private Hohepa Teihoka – Cindy’s great-grandfather – who served at Gallipoli and the remarkable events that occurred on his return home.

“His descendants gave me his diary from which the play was constructed. It was originally written for the Ngāi Tahu annual hui a iwi which was held in Dunedin in 2015,” Professor Broughton explains. 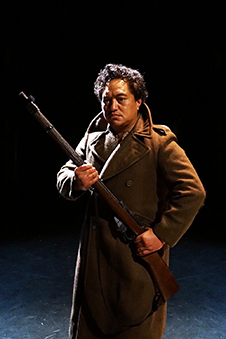 Cindy says keeping a diary was frowned upon, but her great-grandfather’s records afford an amazing insight into the realities of WW1. Family also preserved many of his personal effects from the conflict, and these appear in the play.

The second part, Homecoming, is about the student soldiers who returned to their studies after serving overseas.

Cindy also has a family connection with one of the main protagonists in this segment; her husband’s grandfather – Donald Stuart McNaughton – returned from war to study at Otago.

McNaughton also kept a record of his experiences in France; although soldiers were prohibited from taking cameras, he snuck a pocket Kodak camera “into his top pocket”. Many of his images will be used on backdrops during the performances, and dialogue often references his correspondence home.

University of Otago Vice-Chancellor Dr Royden Somerville has a cameo in the play, and says he is honoured to have been asked to take on the role of post-WW1 Otago Chancellor the Rev. Dr Andrew Cameron.

The play will be performed at lunchtime theatre on Thursday 6 September and Friday 7 September, with evening shows on Friday and Saturday.

The evening performances will also include five actor soldiers marching from the Staff Club through to Allen Hall carrying replica firearms through an amazing illumination of buildings, including the appearance of some ghost soldiers. A piper and singers will also perform.

Professor Broughton says the producers and directors, Cindy and Associate Professor Hilary Halba, have put together a very talented cast and crew.

He also acknowledges the Department of Music, Theatre & Performing Arts for their full support of this production.

Book via the Theatreworks page here.