As the waka of Taramainuku completes its journey across our skies, trawling the spirits of our mate from the year gone by, Matariki disappears and we prepare for winter. Now is a time for celebration, a time for reflection and a time to farewell our mate and as Matariki rises once again and Taramainuku releases his net to the sky, our loved ones become stars, kua whetūrakitia. 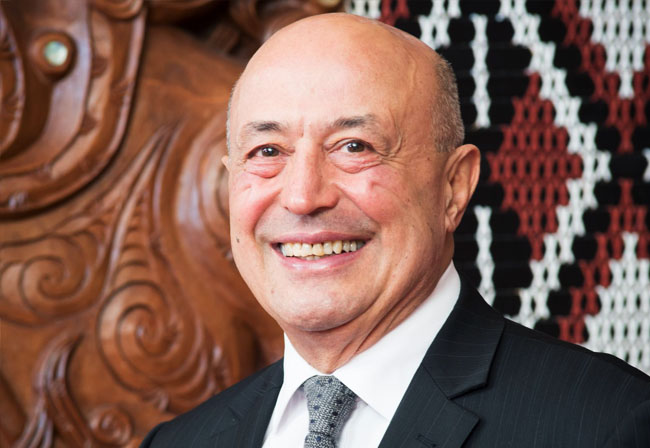 Professor Piri Sciascia ONZM (Ngāti Kahungunu, Kāi Tahu, Ngāti Raukawa) was an alumnus of the University of Otago; a kapa haka exponent and founder of Tamatea Ariki Nui; a kaumātua and advisor to the Governor-General and government of New Zealand. He was a staunch Māori leader, he kuru tokarerewa, a treasured member of Māori society and he will be dearly missed. He kura takihia, he maimai aroha.

Educated at Te Aute College and then at the University of Otago, Professor Sciascia completed a Bachelor of Science in 1968 and Bachelor of Arts in 1971. He was a lecturer at Palmerston North Teachers' College from 1975 until 1981; a director of the Council for Māori and South Pacific Arts from 1981 to 1989; and then he joined the Department of Conservation as Assistant Director-General Kaupapa Māori, later becoming Assistant Director-General. He worked at Te Herenga Waka—Victoria University of Wellington for 16 years as Assistant Vice-Chancellor (Māori), Pro- Vice-Chancellor (Māori) and Deputy Vice-Chancellor (Māori). He rika raupā, he rika tōhau nui.

Professor Sciascia’s many achievements include a New Zealand 1990 Commemoration Medal, awarded to celebrate the 150th anniversary of the signing of the Treaty of Waitangi. He was appointed Officer of the New Zealand Order of Merit for services to Māori arts in 2013 and in 2008 he received the Keeper of Traditions award at the Waiata Māori Music Awards, and Ngā Tohu ā Tā Kingi Ihaka (Sir Kingi Ihaka Award) in 2016 in recognition of his lifetime contribution to Māori arts. Te whītiki o te kī, te kaiwhakairo i te kupu.

He toi whakairo, he mana tangata, where there is artistic excellence, there is human dignity – an idiom commonly used by Professor Sciascia which highlights perfectly his contribution to his iwi and also to Aotearoa.