By Ally Clelland, Save the Children 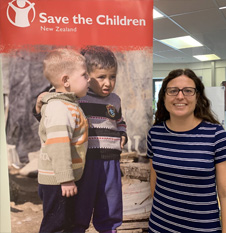 Working in the Democratic Republic of Congo (DRC), South Sudan, Rwanda or Columbia is a far cry from Dunedin for Petra Straight, Save the Children’s Emergency Health Unit’s (EHU) Pharmacy Advisor.

Petra, who attained her Bachelor of Pharmacy at Otago in 2005, was back in New Zealand briefly in December and called into Save the Children NZ’s office in Wellington.

As a member of the EHU, Petra can be deployed anywhere around the world that needs a humanitarian medical response. This can mean anything from a mass yellow fever vaccination programme in the Congo or a reproductive health programme in Mozambique, to assisting with a cholera outbreak in Yemen. Recently an EHU team assisted with the measles outbreak response in Samoa.

Petra started with the EHU two years ago, previously having held the role of Save the Children’s (StC) Global Pharmacy Advisor for four years. She was headhunted by StC after working for the international humanitarian response agency GOAL on the Ebola response in Sierra Leone. 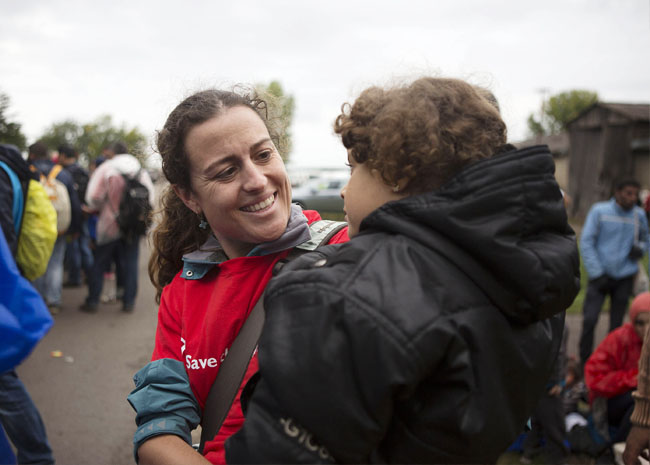 Save the Children's Petra Straight takes care of children at Tovanik train station, Croatia where some families have been separated in the process of loading buses to move the refugees along. Photo credit: Guilhem Alandry, September 2015

“I love my job. It’s the best job in the world. I get to work with lots of very diverse people, particularly the local people in the countries I’m deployed to,” says Petra.

Around 40 per cent of her year is spent deployed to other countries. Once the EHU is deployed, Petra assesses the pharmacy stock needed to do the job, establishes where this can be sourced from, either locally or imported and what customs requirements there might be. Then she sets up the medical store and stock-keeping systems, hires local pharmacists, dispensing and HR staff, works out what training might be needed, and sets up monitoring and data analysis systems. It’s a busy job involving lots of juggling and logistics.

When asked what makes an effective deployment she says “a good response hinges on having a strong leader who can get the programme up and running to respond to the emergency situation as quickly as possible”.

One of the biggest challenges is the time getting medicines into the site and ensuring the quality of medicines bought locally or, if they need to be imported, making sure they are handled correctly to ensure the quality is retained. 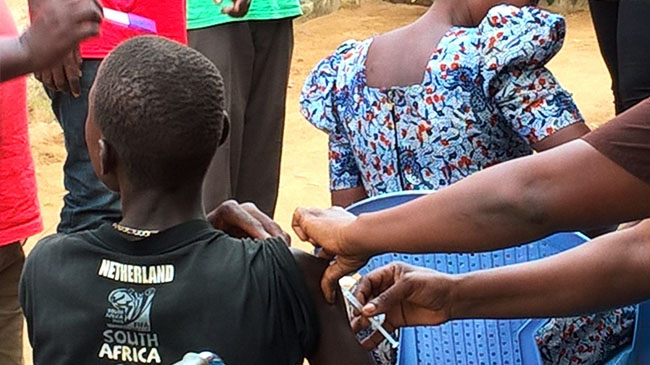 A young man receives his yellow fever vaccination in Boma, western DRC, where the Emergency Health Unit deployed to respond to a recent outbreak, supporting the vaccinations of more than 220,000 people in 10 days. Photo credit: Petra Straight, October 2016

“Another big task is ensuring local staff are trained and made familiar with the drugs they are dispensing including rational use of medicines and safe prescribing. We usually try to work with local staff so that the training has an ongoing result once we leave.”

When asked if she’d ever felt in danger in her job Petra says “I felt a bit edgy in Yemen when I was there in 2019, there were air strikes less than a kilometre from where we were staying. That said, Save the Children is very careful not to put any of our staff in danger.”

So what does the future hold? “I love this job and will probably stay for a few more years. I miss my NZ family, friends and food but for now I’m finding it incredibly exciting and fulfilling.”