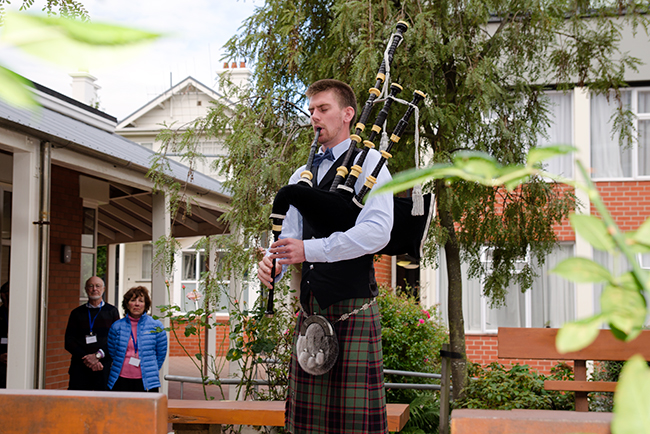 A century to the day after the death of a proud piper the haunting skirl of his bagpipes was again heard in his home province. 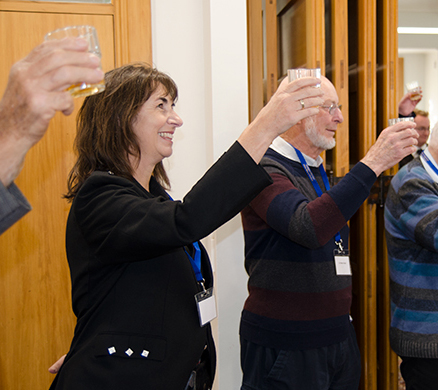 Guests Dr Peter Grant and Hilary Allison then spoke about why they preserved the memory of their relatives, and supported traditional Scottish music scholarships.

Attendees then raised a wee dram to toast David A Grant and Alexander Leith, after whom two traditional Scottish music scholarships are named.

James, the 2013-14 scholarship recipient, then put the bagpipes once owned by David Grant – who died fighting in World War One on 7 April 1918 – through their paces, playing a fast technical reel.

Grant family descendent Judy Thomson-Emmett, who plays in pipe bands as a drummer, brought the pipes from the Hawke’s Bay for the commemorations. Several years ago family cleaned the pipes’ ebony chanters and replaced the bag; these minor refurbishments made the pipes playable after sitting idle for at least 60 years.

Judy said while the MacDougall brand antique pipes, which probably date from the early part of the 20th century, would be highly sought-after for their tone and rarity, their sentimental value meant they would always remain a prized "and functional" family heirloom. 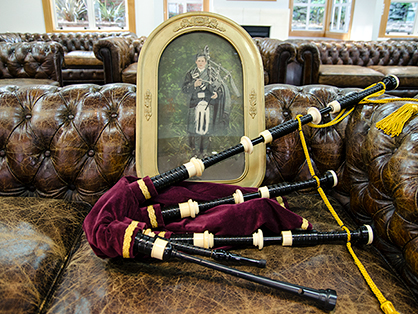 David Grant's pipes and a pastel image of him as a young man in full regalia.

David Albert Grant was aged 29 when he succumbed to wounds received at the Second Battle of the Somme.

Before World War One he was raised, and worked, on his family’s West Taieri farm near Outram.

Throughout his life he maintained a strong interest in piping and would often cycle across the Taieri Plains to attend band practices, returning hours later.

Since 2008, David Grant’s nephew, Dr Peter Grant, has supported the David A. Grant Memorial Scholarship in Scottish Piping and Drumming, which assists young pipers and drummers with traditional Scottish music studies at Otago.

Dr Grant, a Toronto-based Otago medical alumnus who retired from psychiatry in 2014, says he has proudly supported the scholarship to recognise his family’s involvement in traditional music, and to make a continuing contribution to cultural life at the University, and nationally.

His uncle’s wartime correspondence to family communicated the “hell” that was war, and how he missed the peace and quiet of rural life on the Taieri, Dr Grant said.

Dr Grant remembers his father, Dr Edward Grant, whistling the traditional tune Road to the Isles which, despite a considerable age difference, was most likely learnt from his older brother David.

Recent scholarship recipients Juliet Johnson (2017, Health Sciences) and Sam Darling (2016, Bachelor of Commerce) were unable to attend because they were in Brisbane competing in the Australian Pipe Band Championships.

In addition to the David A. Grant Scholarships, Otago’s Scottish Piping and Drumming programme is supported by the Alexander Leith Memorial Scholarship, which is generously funded by Hilary Allison.

Mrs Allison’s great-great-grandfather immigrated to New Zealand from Sunderlandshire, arriving on the barque Mary in 1849. Her forebears also farmed on the Taieri and were “virtually neighbours” with Dr Grant’s.

Early European settlers to the region would be proud to see successive generations of young people receiving “elite tuition” at Otago, and the enduring interest young pipers and drummers maintained in something as quintessentially Scottish as traditional music, she says.

ABOUT: The David A. Grant scholarship provides $3,500 towards tuition fees for one year for students who complete the music performance paper in Scottish Piping or Drumming, or full tuition fees if a Bachelor of Music is studied. The scholarships were launched on 7 April 2009 with Greg Wilson, an international prize-winning piper, performing outside the Clocktower Building. 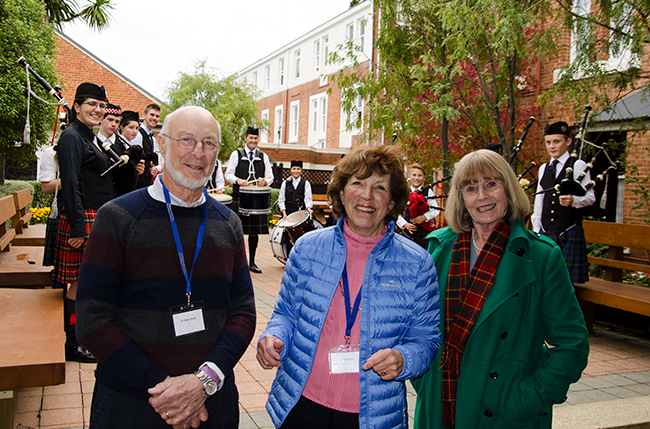