Seeing her name next to choreographer to the stars Parris Goebel was quite a moment for Dr Sally Bodkin-Allen who, along with 11 other University of Otago alumnae, has been named a 2020 Woman of Influence finalist. 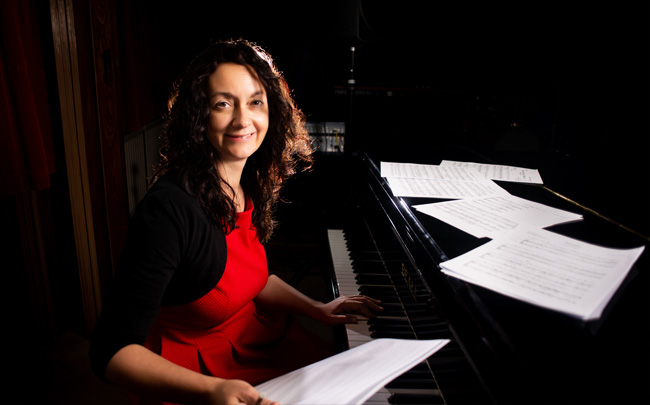 “I was very thrilled and very surprised to be a finalist, it’s an amazing group of women,” says Sally, who graduated MusB(Hons) in 1996 and then with a PhD in 2004. For the past 18 years she has worked at the Southern Institute of Technology (SIT), teaching music for the Bachelor of Contemporary Music degree, and for the last eight years she has also been SIT’s Research Manager.

Announced at the end of September, the 81 award finalists have all been chosen for their courage and determination to improve the lives of others. The awards are divided into 10 categories and finalists were drawn from 338 nominations.

Presented by Westpac NZ and Stuff, the aim of the awards is to “recognise and celebrate exceptional women who have committed time and energy to create real change in their industry and communities, and are using their influence to achieve great things”.

Sally says as part of the nomination she had to prepare three pieces of writing, one of which was to describe her journey to becoming a Woman of Influence.

“It started with my PhD studies at Otago, which had a profound impact on what I went on to do with my life.”

She also had to talk about a challenge she had faced, and chose to write about how she had to overcome her own anxiety around singing and performing, which in turn helped her to understand how other people felt in similar situations.

“My PhD research was in Early Childhood centres around New Zealand. I interviewed Early Childhood teachers and found many had real issues with singing. It really disturbed me that so many people felt so bad about their singing and had had such terrible experiences where they had been publicly humiliated, and they just stopped singing.

“Early Childhood teachers are singing all the time in their job and a lot of teachers were really damaged by those experiences.”

Sally is also passionate about Outreach singing in the Invercargill community. She describes it as “making music so others can make music for the benefit of all”.

“We take children out to sing in rest homes, not as a performance, but as a social occasion. Music is a bridge which helps these social interactions.” She also reaches out with singing in her work with students with disabilities and learning needs at Park Syndicate at Waihopai School.

At Otago, Sally says Professor Henry Johnson was a wonderful supervisor for her PhD, and that Emeritus Professor John Drummond was a big influence as he taught her composition, and she’s still writing musicals today. “And he was also just a great teacher.”

The Women of Influence award winners will be announced at a dinner in the Aotea Centre in Auckland on 17 November. One supreme winner will be chosen from the 10 category winners.