All aboard for alumni in Apia 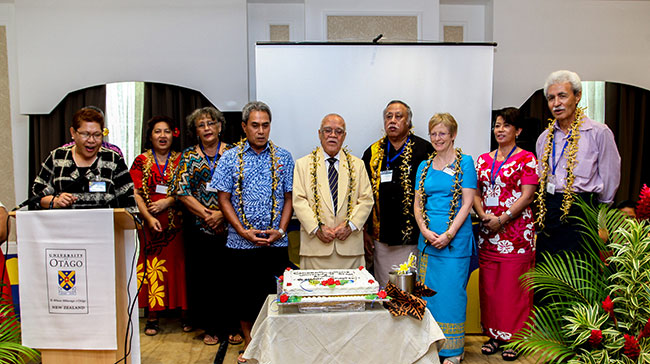 Senior Otago staff and guests at the 2016 Otago Samoan Alumni Chapter formation dinner in Apia in 2016.

The University of Otago will return to Samoa in April to help its local alumni chapter celebrate the next steps in its journey.

The Otago Samoan Alumni Chapter, which was launched in 2016, will elect a President, Secretary General, Treasurer, their deputies and three executive board members at a cocktail dinner event in Apia on 5 April.

Otago Deputy Vice-Chancellor (External Engagement) Professor Helen Nicholson, who will head the delegation to Samoa, says appointing alumni and supporters to key roles will see the chapter initiate a range of activities in the region. 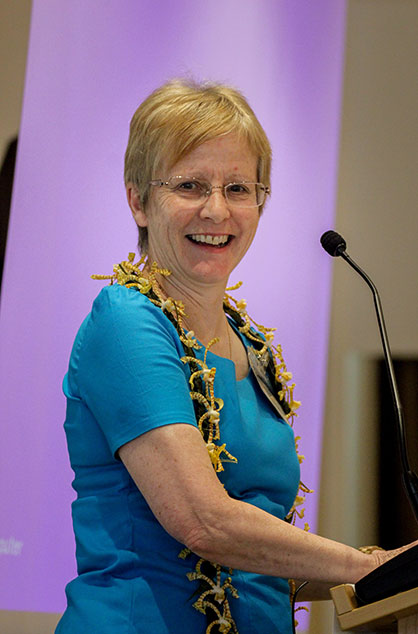 Professor Nicholson speaking at the 2016 event

“Our alumni-representative bodies enhance Otago’s health, research and teaching initiatives by providing ‘on-the-ground’ advice on networking events, and by fundraising to support student scholarships and exchanges, and research relevant to their regions.

“With so many significant Otago graduates already contributing in the Pacific we are excited at the potential for our chapter to help recruit more students from Samoa, and for alumni to co-ordinate giving that has an impact for the health and well-being of their communities.”

Alumni and guests will also hear about how they can share in Otago’s 150th anniversary celebrations, which take place in 2019, Professor Nicholson says.

University of Otago Pacific Islands Centre Manager Tofilau Nina Kirifi-Alai, who will oversee the ceremony with support from members of the chapter in Samoa, says the University is once again on track to enrol a record number of Pacific students.

This year domestic Pacific enrolments were up by 45 students (or 5.7 per cent on 2017), which means more than 1,000 Pacific students now study at Otago each year.

“Since we last visited, Otago has enjoyed unprecedented growth in Pacific student numbers and we have increased engagement projects in Auckland and Fiji to promote Otago’s unique ability to offer Pacific students a genuine pastoral care environment.

“We also enjoy returning to Samoa because, from the University’s perspective, it is humbling to see how our alumni are contributing in their local communities – our graduates include many prominent politicians, business people, healthcare workers, and church and community leaders. We look forward to building mutually rewarding relationships with them through the chapter,” Tofilau Nina Kirifi-Alai says.

The event is hosted by Otago’s Development and Alumni Relations Office, and the Office’s Engagement Manager Donnella Aitken-Fergusson will be the returning officer for the chapter’s election on 5 April. Click HERE TO RSVP!

In 2016 it was the University’s great honour to announce the Deputy Head of State and Otago alumnus the Honourable Tapusatele Le Mamea Tuiletufuga Mualia as the Chapter’s inaugural Chair and Patron.

Mualia achieved a national first when he graduated from his studies at Otago in 1970 and became New Zealand’s first Samoan pharmacy graduate.
The Development and Alumni Relations Office’s recently appointed Alumni Engagement Manager, Donnella Aitken-Ferguson, will act as returning officer at the dinner event.

Figures from 2016 show Samoan graduates completed degrees from the following divisions: Commerce (15 per cent), Sciences (20 per cent), Health Sciences (27 per cent) and Humanities (37 per cent). 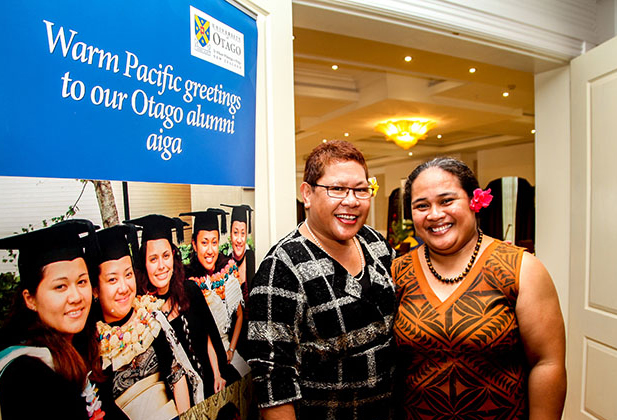