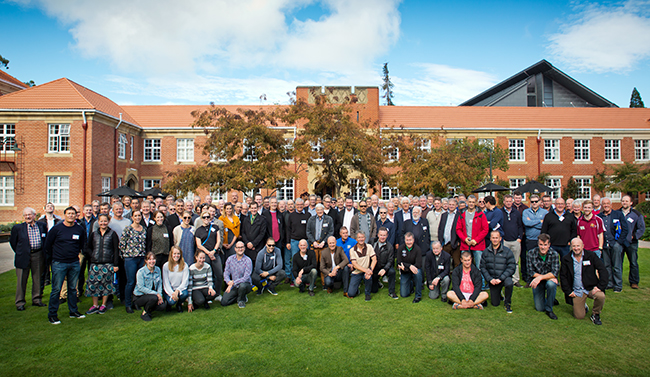 Former residents in the College quadrangle.

About 270 former residents and partners returned to Dunedin for the weekend and many attended social events, went on tours of Selwyn and the University’s Dunedin Campus, played in a golf tournament or relived old rivalries during a friendly game of cricket at Chingford Park.

“The Jubilee celebrations were wonderful. In my wildest dreams I could not have wished for a better reunion. The weather was fantastic and I’ve been inundated with emails from very happy Selwynites since,” Mr Day says.

On Friday, after some alumni participated in a golf tournament, guests were welcomed to the College by current resident performing the College’s waiata and haka, before attending a dinner event with guest speaker (and former Selwynite) David Kirk, MBE. 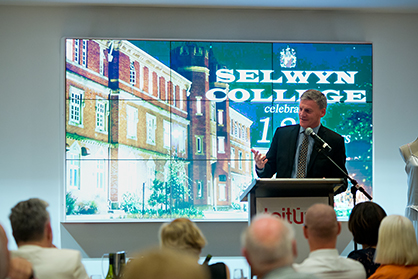 On Saturday attendees went on Dunedin Campus tours – which were run in conjunction with Otago’s Development and Alumni Relations Office – lunched at the Staff Club, and some took part in a cricket match with current students at Chingford Park.

Saturday evening saw most guests attend a gala dinner at Toitū Settlers Museum. The guest speaker was former PM (and Selwyn resident) Bill English. Otago Vice-Chancellor Professor Harlene Hayne also spoke, and the master of ceremonies was High Court Judge the Honourable Justice Simon Moore, who was a Selwyn resident between 1972 and 1973. 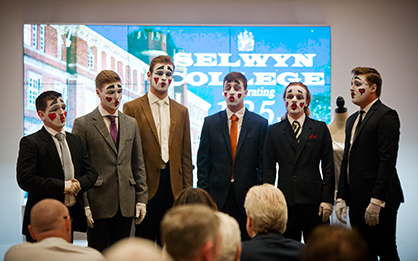 Sunday’s events focussed on acknowledging the college’s links with the Anglican Church, and the need for future growth.

The facility is named Fitchett House in honour of the former Dean The Very Reverend Alfred Robertson Fitchett (1836 – 1929), and in recognition of the long association the Fitchett family has had with the College over many years.

A church service was held at All Saints Anglican Church, presided over by the Archbishop of New Zealand, the Most Reverend Philip Richardson and Bishop Steven Benford.

Formal events concluded with a lunch in the Brothers' Hall.

In an email – that is similar to many received this week – a Wellington-based Otago alumnus and former Selwyn resident listed the weekend’s highlights as:

"• The gorgeous welcome by the residents on Friday evening.
• The tour of the University on Saturday hosted by your goodself [Mr Day] with your exceptional knowledge of what has gone before,
• the gala dinner on Saturday night: the MC, the speeches and the Capping Sextet,
• All Saints on Sunday; I have never experienced a more impressive and profoundly moving service with such wonderful singing by those young people. My word, they are marvellous.
The Capping Sextet sings at Saturday's dinner. • The warmth and hospitality of everyone down there, and it was such a pleasure to be back in the old stamping ground. Selwyn looks great as does the whole University. The landscaping along the Leith is fabulous. Dunedin turned on such magnificent weather to boot. Plus quite a number of cheese rolls at Governors Café!" 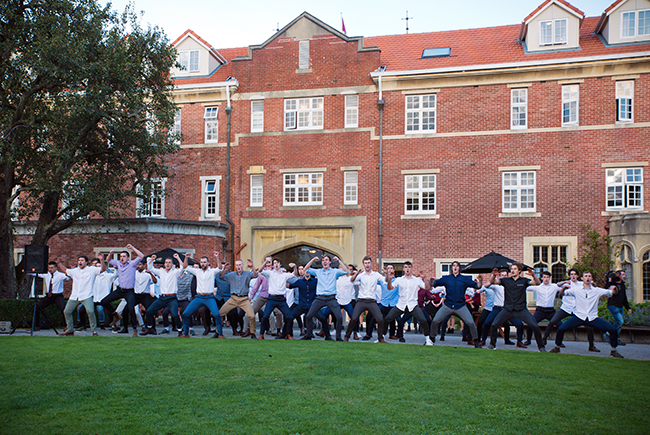