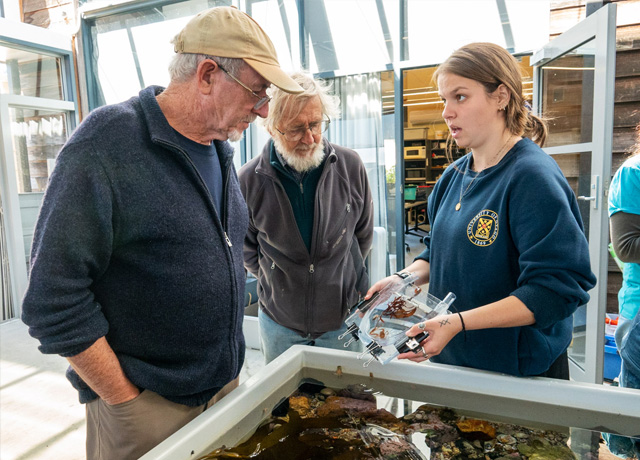 What was meant to be a summer turned into a summer plus a year. In November 2019, Tony and Peggy Evans took a routine trip from Sydney to New Zealand to see their daughter in Dunedin, only to end up COVID-stranded far away from home.

Luckily, they quite like Dunedin, but Tony says being here for an extended stay is very different from spending a few months on holiday with family. Retired from his work as a scientist, but always busy with some project or hobby, Tony threw himself into the things he enjoys most when he’s in New Zealand – which is how he ended up spending a lot of time in 2020 peering into rock pools with his grandchildren, taking photos of marine plant life and visiting Otago’s Portobello Marine Laboratory.

One thing led to another, and after some discussions with Sally Carson, Director of the New Zealand Marine Studies Centre at Portobello, who introduced him to renowned wildlife photographer Rod Morris, Tony decided to help fund a marine photography workshop at the Centre. (Together, Sally and Rod previously produced The Collins Field Guide to the New Zealand Seashore, in 2017). 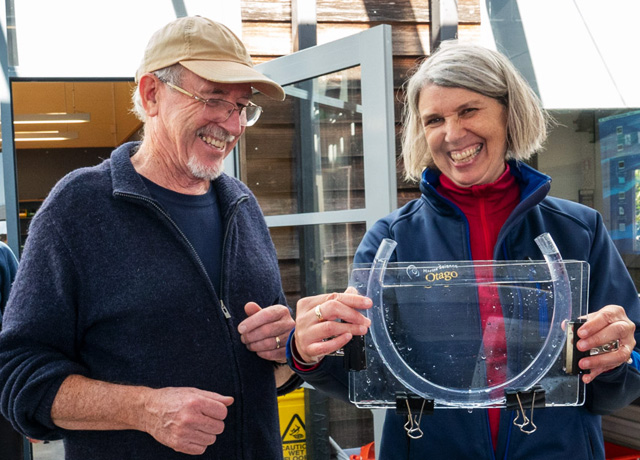 The Coastal Care Workshop – Marine photography, was held in March 2021, and attracted a wide range of participants, from family groups to individuals.

“It really came about from the point of view of being a grandparent,” says Tony. “Early on I was taken to Brighton and that’s a really nice place on the seaside. I think all Australians grow up with an interest in the coast because that’s where they spend a lot of time and certainly early on in my childhood I remember going and looking at pools and rocks alongside the sea. I think it’s a very attractive activity which families seem to be drawn to.”

Tony enjoyed seeing all the families hopping round the rocks in Brighton, excited about the things they were finding, and thought it would be fun to help them see the marine life more clearly and preserve their memories with some simple photography tips.

“It’s not that easy to look into pools if you’ve got reflections on them or if you’ve got little waves coming across, and I just thought well, without any sort of real expenditure, you could improve on that.”

He casually suggested the idea of the workshop to Sally “because I was just thinking of having a simple low-cost way of getting decent images. The excitement of tidal pools is the amazing things you can find in there and the next thing you want to do is take a picture of them”.

“And now with all these nice bits of software and online programmes like iNaturalist you can get them identified if you take a photo.”

To help minimise the reflections, he devised a bucket with a transparent base, produced locally for under $50, and suitable for use with a smart phone camera, which they used in the workshop. On the day, Tony says Rod Morris gave an excellent presentation about marine photography “and if you weren’t interested in sea life beforehand you would be afterwards”. 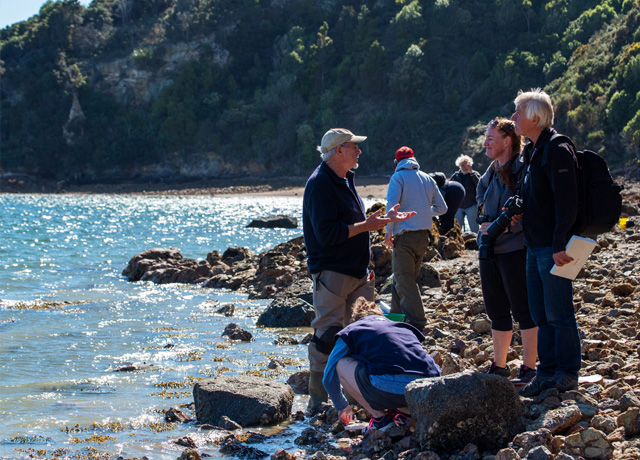 The workshop covered photography down on the seashore; macro-photography indoors; how photography can be used to monitor biodiversity and better understand changes in the marine environment. People brought along their cameras and mobile phones to photograph animals in tanks at the lab and in the intertidal zone and were able to get on-the-spot expert advice from Rod.

Sally says the marine photography workshop is the first step in a larger project to better use photography in marine monitoring.

“Tony came along to one of our Mm² workshops and identified a number of ways we could improve the project using photography to help with engagement and species identification. These discussions lead to the delivery of the photography workshop and now further community workshops are planned as well as opportunities for schools and development of resources for the web site. 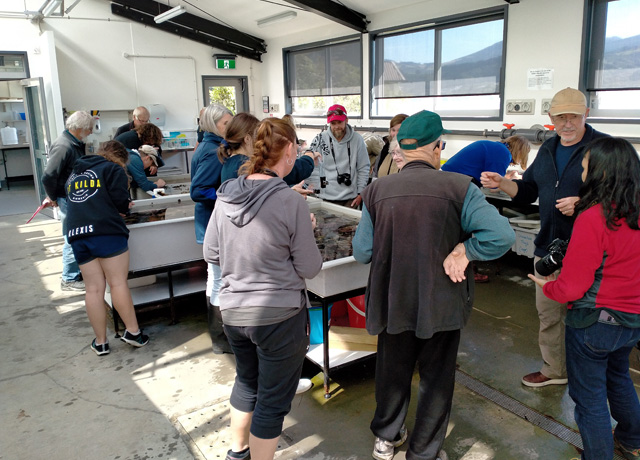 “Tony’s contribution and expertise have allowed our programmes to grow and develop, which will ultimately lead to more people becoming engaged with looking after our coastal environment.”

Tony has had a longstanding interest in marine science, and when he first visited Dunedin 10 years ago, he went along to the Portobello lab.

“In the old days it was open regularly, and it had a little submarine and all sorts of things there. It was great the way it was available to the public,” says Tony. “When I retired, I decided to renew an earlier interest in marine science and take up a new interest in botany. This involved a lot of plant photography and was associated with producing a guide entitled The Bibbulmun Track on the South Coast. Mandalay to Albany.”

The guide was published as an interactive CD. The Bibbulmun Track is a long-distance walking track from Perth to Albany in Western Australia which meets the south coast west of Walpole.

His interest in marine plants was heightened by his visits to Dunedin, and as well as his trips to Portobello, he took part in the Marine Studies Centre’s Marine Metre Squared (Mm²) project, which involves people surveying the plants and animals living on their local seashore.

Tony says one of the things he likes most about the Marine Studies Centre is the “citizen science” aspect of its programme, taking a van around schools and communities and doing demonstrations.

“I do think it’s a very stand-out programme. In our current situation there’s a desperate need for people to be trained with some sort of sympathy toward science so anything that’s supporting a citizen science programme I think is brilliant. The other thing is climate change, which is a huge thing and there are elements in this programme that are directed toward that as well.

“They have programmes for school kids, residential programmes, workshops and demonstrations for the public. They interact with schools and have these active programmes like Marine Metre Squared where people can contribute to them.”

In Australia, Tony has been involved in setting up a scholarship for botany students in association with the Australian Plant Society, of which he is a member. He has also been involved with mentoring programmes with school students and when he was working accommodated overseas students in his project. “It’s something I’ve enjoyed doing over the years. I contribute to causes when I am able. And so my longer stay in New Zealand enabled me to make a contribution here.”

Tony started off his career as a biologist with the Antarctic Division working on Macquarie Island, and then worked for the Agricultural Research Council in Edinburgh. He was then involved in an Australian Aid project in Indonesia on animal production, and finally worked in the Division of Food Science, with the Commonwealth Scientific and Industrial Research Organisation in Sydney. He retired about 20 years ago.

Tony and Peggy have a booking to return home to Sydney in late April.