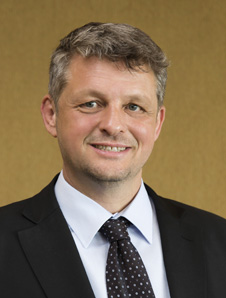 A strong belief in “giving back to the community” spurred Otago alumnus, Professor Tony Garrett, to chair the New Zealand Chamber of Commerce in South Korea for the past five years.

Teaching at Korea University Business School (KUBS) in Seoul since early 2007, he works closely with NZ agencies to promote opportunities for Kiwi companies in Korea, while also making Korean companies aware of the investment opportunities in his home country.

“From my perspective the chamber is a chance to wave our flag a little to say, ‘we’re more than great dairy farmers, wine makers and kiwifruit growers, we’re quite innovative in other areas as well’.

“Kiwis are doing inspiring and innovative things all over the world and we are passionate about exploring ways to leverage this talent and leadership to the Korea/New Zealand relationship.”

He says the NZ business community in Seoul is fairly small. In his work for the Chamber of Commerce he works closely with Education New Zealand, the New Zealand Embassy, NZTE, Tourism New Zealand, and Air New Zealand.

Normally a big part of his year is running flagship events for the chamber in South Korea, including two wine festivals and a couple of major huis, but with the current global pandemic that has not happened this year.

Turn back the clock to the mid-eighties and the then Tauranga Boys’ College seventh former liked the look of the University of Otago as it was more cosmopolitan than his local university.

“My sister went to Waikato, which was an easy drive from home. There was a greater cost in going to Otago, but I think this was more than made up for in the benefits of studying there.”


“I loved Carrington, it had quite a villagey feel, it wasn’t as formal as some of the other halls.”

He spent a year at Carrington Hall, now Carrington College. “I loved Carrington, it had quite a villagey feel, it wasn’t as formal as some of the other halls.

“I was in Dunedin last year and went back to have a look at Carrington and it hadn’t changed much in the last 34 years or so.”

Initially intending to study Law and Commerce and despite finding former Otago Law Professor Mark Henaghan a wonderful teacher, he found the real-life application of Marketing to be much more to his liking.

“Guenther Mueller-Heumann was the most instrumental in getting me into studying Marketing at Otago. However, the person that was the most influential when I was doing my master’s and later my PhD was Professor David Buisson. Although they may not be my current mentors, they’re people that I would like to emulate.

“The great thing about Marketing is that it can apply to many different situations. For example, I ended up specialising in innovation and new product development and the application between business and science really interests me.”

After spending a year or so working in Wellington he returned to Otago to complete his PhD. 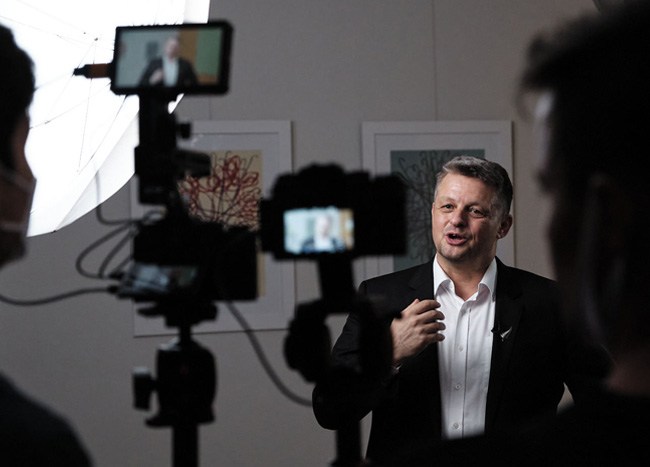 Tony spent 13 years as a Senior Lecturer in the Marketing Department at Otago and eventually reached a crossroads.

Having spent his final year at high school as an AFS student in Thailand, he always liked the idea of working in East Asia. While working on a project in China a position became available at the University of Korea in Seoul and he was lucky enough to be offered the position.

“I knew that it was either stay in Dunedin and buy a villa, a station wagon and a Labrador, or buying a Kia, living in an apartment and fighting for a carpark in Seoul.

“As the Otago Business School has such a good reputation I didn’t want to go to a lesser institution, but Korea University and KUBS both have an excellent reputation.”

Established in 1905, Korea University is one of the oldest, largest, and top ranked universities in the country. With around 30,000 students it is a bit bigger than Otago.

Not long after starting there Tony was offered a tenured position. He became a full professor three years ago.

He says there are more than 2,300 undergraduate students at KUBS, which is very competitive to get into.

“Korea University is called a ‘SKY school’ which is like the Ivy League of Korea. The method of instruction is 70 per cent in English, so there’s no language barrier to teaching here.”

Normally Tony would return home once or twice a year, but the current COVID-19 pandemic has limited his travel options. “I am looking forward to returning home to see my family in Tauranga once things return to some sort of normality.”