Out in the field, searching for a meteorite 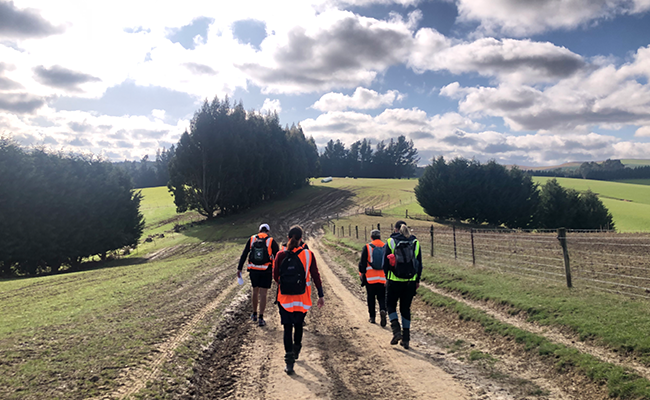 The team of people I would be searching with, setting off at the start of the day on our way to quadrant 7.

Internal communications adviser Koren Allpress traded her desk for an adventure in the great outdoors on Friday, helping volunteers search for the meteorite that landed in Otago recently.

Is it excrement or is it a meteorite? This was an unexpected question I found myself asking on Friday as I scrambled up and down hilly farmland in search of the Otago “fireball”.

There had been an air of anticipation several hours earlier as about 50 volunteers assembled at the Otago Museum to catch a bus out to the rural hinterland of Mosgiel.

It was there, the experts had calculated, a meteorite hit the Earth nearly two weeks earlier.

A search by geology students the previous week had come up short and now it was our turn.

Shortly after arrival we were briefed on health and safety, instructed on what it was we were looking for, and kitted out in fluro. We were ready to start the hunt. 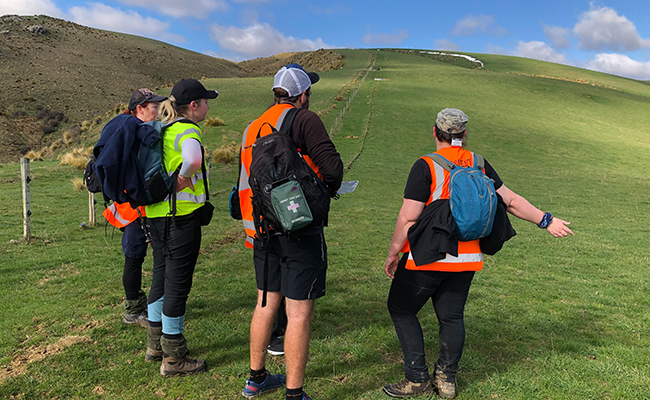 At the bottom of the paddock in our quadrant, looking up.

Assigned to search “quadrant 7” my team of six set off on foot down a dirt road.

Fifteen minutes later the farmer pulled up in his sturdy Toyota farm vehicle, we clambered in and a few minutes later we were dropped off seemingly in the middle of nowhere. It was a sunny spring day, perfect conditions for an outdoor adventure.

A bit of a downhill trek, a creek crossing and a steep climb – the first of many to come – later, we arrived at our assigned paddock, spread ourselves out along the fence-line 5m apart, and our search began.

Like officers in a police crime drama we walked in the line maintaining our distance and sweeping our eyes back and forth across the grass.

The object of our hunt was a small rock, likely black in colour, our guides advised. 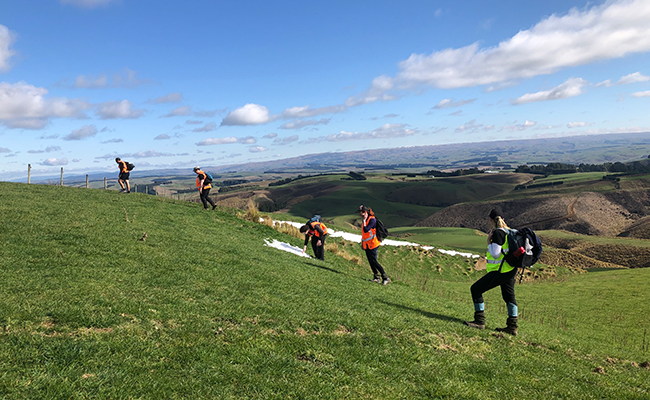 We maintained our search line all the way to the top.

It might be in a small crater, or it might have sunk deeper into the ground on impact leaving a narrow, deep hole.

Eyes peeled in the bright spring sun, no one in our team saw anything that fit that description, but we did find animal bones, pieces of quartz, pieces of schist and sheep poo.

At the top of the paddock there were patches of snow which we dutifully scrapped away should the meteorite have landed and been covered up.

Thorough was the aim of the game, and there was a certain weight of responsibility knowing you were searching for such an important artifact.

Having caught our breath at the top of the hill, we spread out again and walked back down to the bottom, only to move along, turn around and head back up, a pattern we kept up for the next five hours. 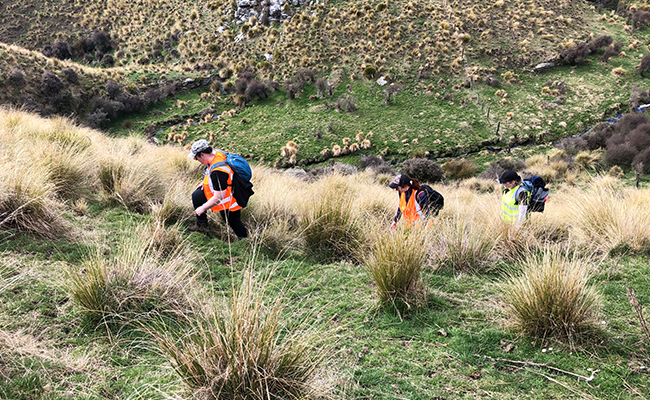 It was hard work at times, but it was a fun way to spend a Friday.

We searched through two gullies full of tussock and spikey spanaird plant. We climbed steep banks, navigated our way through stinky bog and avoided electric fences.

By the end of the day, we had walked 13.5km and climbed the equivalent of 87 flights of stairs – that’s eight and a bit times up the Richardson Building stairs – and no meteorite.

It had always been a long shot, but it is nice to know I got as close as I probably ever will to finding a piece of space rock. 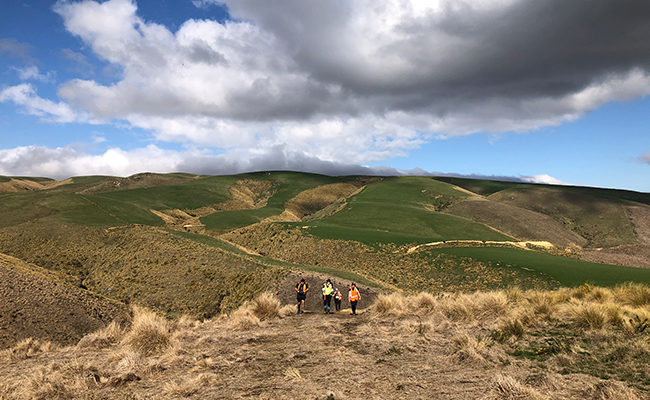 Making our way back at the end of the day, looking towards the area we were searching in.