A different kind of Dunedin sound 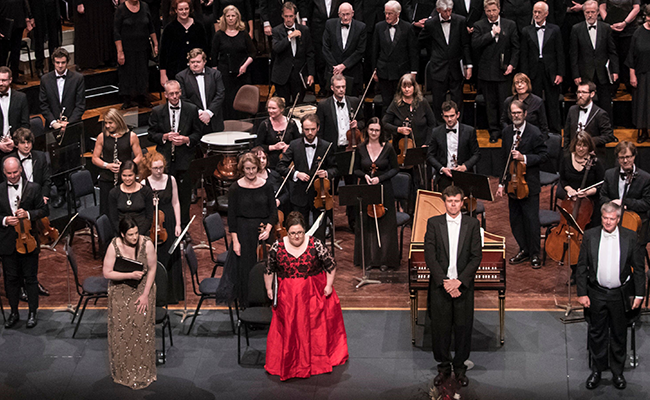 Most people are aware of the indie rock style of music called the Dunedin Sound, but it seems there could be another category of music the city is renowned for – classical singing.

University of Otago PhD candidate Claire Barton is investigating the musical history of Dunedin to figure out what it is that makes the city’s classical singing performers so distinct.

Barton is running a survey to gather information from those associated with the classical singing community in Dunedin and further afield about their experiences as students, performers, and members of this community, to identify further candidates for personal interviews and to pinpoint appropriate subjects for the case studies.

The mezzo-soprano began her PhD in Music in 2021, but her musical career has been going for much longer – she started singing lessons at age 11.

At Otago University she completed a Bachelor of Arts (Hons) in History and English before embarking upon a Bachelor of Music (Hons) and later a Master of Music specialising in performance voice.

In 2011, she moved to the United Kingdom to study for a Postgraduate Artist Diploma in Performance Voice at Trinity Laban Conservatoire of Music and Dance, before returning to Aotearoa New Zealand in 2014.

She says Dunedin has a “long and rich history” of classical musical performance, in particular solo vocal singing.

Her interest in this area of research was piqued when she began travelling around the motu competing in singing competitions.

Music lovers frequently commented on the number of excellent classical singers who had been raised or trained in Dunedin and she wanted to be able to give an informed answer to the question ‘is there something in the water in Dunedin?’.

Her PhD will focus on the lives and careers of women singers and singing teachers who were based in Dunedin in the second half of the 20th century.

Her specific interest draws upon the fact that while some of Dunedin’s most successful performers have been male singers, women singers appear to have been instrumental in helping to create and maintain the structures in which young singers were able to develop the necessary skills for musical careers.

Barton says musicologists and historians have acknowledged the significance of Dunedin as a centre for the emerging tradition of western classical music in New Zealand in the period after British colonisation.

However, there is a dearth of specific knowledge published on the contribution of classically-trained women singers in the second half of the 20th century, she says.

Barton’s thesis will examine up to six case studies of female singers active as both performers and teachers in Dunedin between 1955 and 2000.

The research will consider how these women singing teachers may have challenged established interpretations in classical singing in Dunedin and how that has also impacted on a larger scale.

In focusing on the histories and experiences of these women, she will question whether there is a case for the challenging of prevailing narratives around the practise of classical singing in New Zealand history and musicology.

While the scope of the study is between the years 1955 and 2000, the survey is open to anyone aged over the age of 18 with links to the community.