Founding Fern cherishes the friendship and inclusiveness of women’s rugby 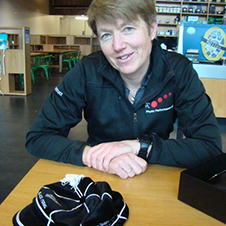 “It brings back what an honour and privilege it was. I’m very proud to have been part of that,” says Helen, who was a member of the first official New Zealand Women’s Rugby Team in 1989. She was a loose forward and captained the team between 1990-1994, including at the 1991 World Cup. Before her selection for the Black Ferns, Helen represented New Zealand at hockey.

“The women’s rugby team was so special. It was like my extended family and always will feel like that. The ability to be the captain and leader of that family was very special.”

Helen graduated from Otago with a PGDip and Master of Manipulative Therapy (1995 and 2000), and during her career has worked as a physiotherapist for the White Ferns (cricket) and Black Ferns, with high performance athletes, and Olympic, Paralympic and Commonwealth Games teams. She is also Director of Dunedin business Physio Performance and this year coached the Otago University Rugby Football Club’s (OURFC) Women’s team.

She says playing any sport at university, and certainly rugby, is a great opportunity to develop important life skills.

“You have a commitment to a team, you have to manage your time, and turn up to training. And you have such good fun with your mates,” she says. “Playing team sport while studying also allows you the chance to get away from study. University is such a good time to learn these skills.”

She says she particularly values the friendships she has formed through playing rugby and loves the game “for the fact that any woman – short, tall, fast, slow, wide or skinny can play the game. That is a big thing I still cherish. It’s a beautiful game, and you can kick, pass or run, but anyone can play it, any physique. And being with your mates, knowing they have your back. It’s such a complete team game.”

Helen says she’s enjoying watching the dedication and commitment of the current Black Ferns, and the way they believe in themselves, “which is so cool to see”.

“It’s definitely inspiring for young women, they can see a pathway in professional sport and see distinct steps, which can become a career, when in our day [rugby] was done alongside getting your career organised.”

Other OURFC and Otago alumnae who have played for the Black Ferns include Dr Farah Palmer ONZM, Hannah Porter, Annaleah Rush and Amy du Plessis.

Otago’s Professor of Sport and Exercise Psychology, Ken Hodge, was involved with the establishment of women’s rugby at OURFC, coaching the first women’s team in 1990, alongside colleague Andy Stewart. 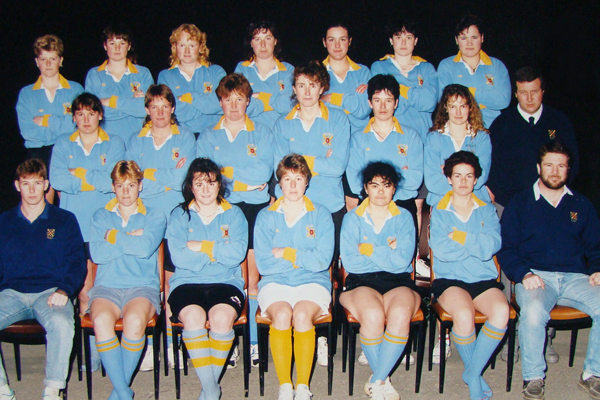 Professor Hodge had previously coached the Better Side women’s rugby team while studying at the University of Montana, which he says was his first experience of women’s rugby being taken seriously. He also played for Otago’s Varsity A and is a Life Member of OURFC.

Initially women’s games were played on Sundays, as many of the women also played netball or hockey on Saturdays, but eventually they joined the Saturday competition.

“In terms of women’s rugby developing it was the best thing to happen, to become a more obvious part of the club, because they were there on Saturdays at the after-match function and all of that off-field stuff that make club sports such a unique opportunity,” says Professor Hodge.

He says the addition of women brought a new and different vibe of fun and enjoyment to the club.

“Coaching the team was great fun because they were so enthusiastic, so coachable, unlike some men who think they know it all. Because even though at that stage touch football was already fairly common and a number of those women would have played touch and had ball handling skills and some of the spatial awareness of how rugby sets up, for many of them the contact part of the game was very new and they were just really thirsty and full of questions.

“Coaching them reminded me why I started playing when I was five years old. It was just great fun with your mates. When you get serious about a sport it’s easy to lose sight of that.”

He believes the Black Ferns are currently better ambassadors for the sport than the men. “They’re just excited and proud to be part of the experience . . . I think you see a lot more genuine joy and enthusiasm and fun.”