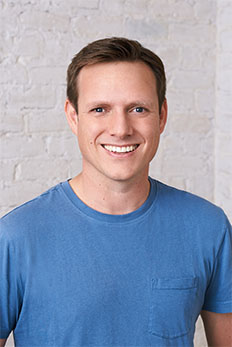 From editor of Critic to co-founder of subscription publishing start-up Substack, Otago English graduate Hamish McKenzie talks about his time at the University and the writing career that took him to San Francisco, leading to the creation of Substack in 2017. Today, the email newsletter platform hosts some of the world’s leading writers, bringing with them their loyal readers, and creating a whole new publishing ecosystem in the process.

You graduated from Otago in 2004 with an honours degree (first class) in English. Did you always plan to be a writer?

Yes, I think I have always wanted to be a writer – or at least, since the age of six or seven. I loved writing stories and poems in primary school. At high school in Alexandra, I decided my dream job was to be a journalist. I set up my studies and life at Otago to put me on a path to a journalism career.

Do you have any special highlights or memories of your time at Otago?

Too many to list! A huge highlight was working for the student magazine, Critic, for four years, first as a volunteer writer, then as the news editor, and then ultimately the editor. That was one of the best jobs imaginable and still ranks second only to my current job.
Some memorable lecturers and papers:

After university, what was your path to co-founding Substack?

It has been quite a wandering path, full of highs and lows. After graduating from Otago, I went and got a master’s degree in journalism at the University of Western Ontario, Canada, and then went to Hong Kong in pursuit of stories about China as it rose to superpowerdom, just ahead of the Beijing Olympics. I worked for magazines there, covering digital marketing, culture, and the local entertainment scene.

After four years there, I moved to the US with my girlfriend, Steph, who is now my wife. I went as a freelancer but after a couple years got a job as a reporter for a tech news publication called PandoDaily. While there, my work drew the attention of an editor at Faber & Faber in the UK who wondered if I could write a book about Elon Musk. I got in touch with Musk to see if he would cooperate on the project and he instead offered me a job as lead writer for Tesla.

I spent just over a year at Tesla before deciding to return to the book project. I subsequently wrote a book about how Tesla is leading an electric car revolution. At the same time, I took a part-time job doing communications for Kik, a messaging app company, where I met my Substack co-founders Chris Best and Jairaj Sethi.

What was behind the motivation to create Substack? Who does it cater for in terms of writers and readers?

It started off as just Chris (the CEO) and me. I was very concerned about helping writers, since career options for writers were looking dismal given the state of the media economy. Chris was focused on the system incentives that had given rise to all the bad-faith discourse that dominated social media.

We struck upon the Substack model, which lets writers start their own online publications and make money from subscriptions. Substack has been ideal for writers who don’t fit comfortably in the dominant media structure and for readers who are hungry for high-quality writing about the issues and subjects they care most about.

Why do you think it has been so successful?

Substack has been embraced by some of the best writers in the world, including George Saunders, Patti Smith, Salman Rushdie, Kareem Abdul-Jabbar, Roxane Gay, Matt Taibbi, Andrew Sullivan, Emily Oster, Margaret Atwood, and many more. They’ve brought their loyal readers with them, and many of those readers are writers themselves. It’s a virtuous cycle. Good writers want to be where good writers are. But aside from that, there has also been a major culture shift in recent years: people are ready for something like Substack. They’re tired of social media and willing to pay for great work from the writers they trust.

How did it feel to see it taking off like that?

On one level, it has been crazy, beyond our wildest dreams for what we thought would happen. It has been thrilling and stressful in equal parts. On the other hand, it has felt like a steady progression. We’ve just been putting one foot in front of the other. We’ve been building this for five years, so it doesn’t qualify as an overnight success.

Writer, publisher, entrepreneur – how do you describe yourself? What do you like best about what you do?

I still consider myself a writer, even though I guess technically I’m a tech executive. I recently changed my title from Chief Operating Officer to Chief Writing Officer, which means I represent the interests of writers for and on behalf of Substack. I spend a lot of time writing blog posts for the company and the outside world, showing what Substack cares about and why we are doing what we’re doing, and I host a podcast, The Active Voice, which features conversations with great writers.

The thing I like best about my job is spending time with writers, helping them, and seeing them succeed. Nothing pleases me more than watching writers’ revenue numbers go up and up.

What do you enjoy about living in San Francisco?

San Francisco is the ‘NBA of tech’ – home to the best of the best in the industry. It’s a rich and deep ecosystem full of talented and brilliant people who are unafraid of ambition or failure. It’s a really special environment. But there’s also great nature within an easy shot of the city: mountains, rivers, lakes, ocean, forests. My outside-work interests revolve mostly around quality time with my family (my wife and I have two young sons), getting out into nature, going to live music gigs, and going for long walks.

What do you miss about Aotearoa?

Where to from here?

We have so much work to do with Substack. We’re going to keep pushing to make it relevant and exciting to many millions more people, and to keep helping writers and creators do important work and lead fulfilling lives.