Belief in a sound mind and a sound body 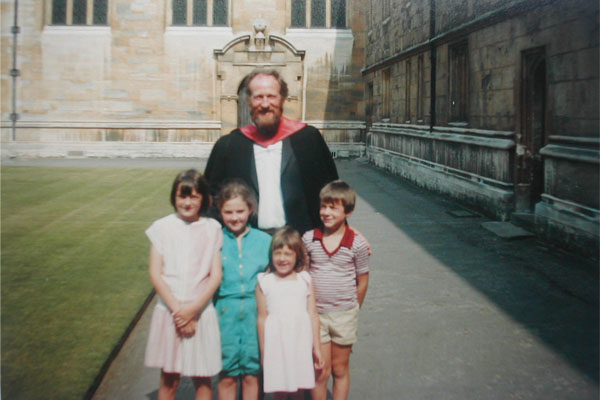 Richard Highman at Oxford University in 1984

Leadership in rugby, long service to the University of the Third Age (U3A) and support for the Dunedin Symphony Orchestra has been recognised in the 2023 New Year Honours list. University of Otago MBA Director of the New Ventures Programme, Richard Higham, was awarded a Queen’s Service Medal (QSM) in the awards, which were announced in Wellington this month.

All three of his and his late wife Jane’s daughters are Otago alumnae; Polly, Kate and Dinah all completed their BA with honours at the University.

He found out about his honour when he received an e-mail from Governor General Dame Cindy Kiro, stating that she was delighted to inform him that His Majesty the King was awarding him the QSM in recognition of his services to rugby and education.

“What a fantastic surprise,” Richard says.

“I rang back to ask what particular services they had in mind and was told that the rugby covered membership of the Otago University Rugby Football Club (OURFC) Foundation, which administers investment income for player scholarships and club improvements, plus the launch and expansion of Blooz Nooz (the OURFC newsletter), which I have sent out to over 900 people during each season for six years now, with accounts of matches played and previous historic achievements – edition 265 sent out a week ago started with page number 2920.” 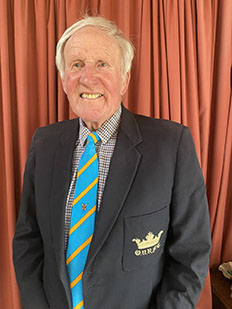 He says education covered the MBA programme at Otago, which he helped start and is still a director of today.

“What does receiving an honour mean to me? It is not my honour – it belongs to the rugby club committee officials who drive the playing club so successfully, the Light Blues (whose 100 club members donate to John Burke's $10/month fund to help with scholarships and club improvements), and the foundation which manages the saved-up capital of club and Light Blues.

When I receive the actual medal in May/June, I will bring it round to the committee meetings of the three organisations above and tell them about the honour they have received through my memberships. As you can imagine, it means a hell of a lot to me to have been able to serve on these committees since 1973 when Jane and I came to New Zealand with our three daughters,” Mr Higham says.