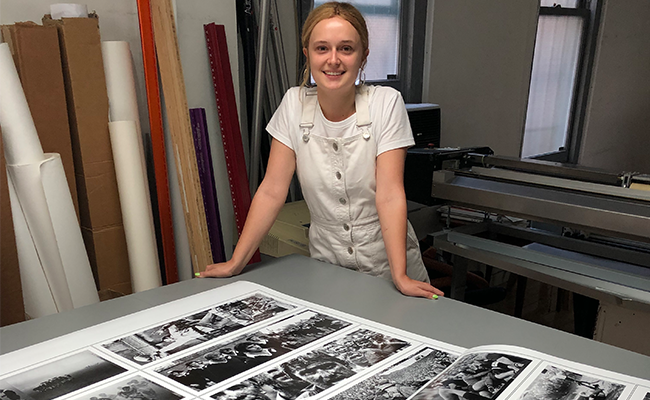 It’s almost the fourth of July holiday weekend in the United States, and Isabella Howard (Rangitāne o Wairau) can’t wait to escape the humid streets of a New York City summer and head up the Atlantic coast to Rhode Island and some cool sea breezes.

Not that she’s complaining – right now there’s nowhere she would rather be than putting her Otago arts and business degrees to good use working in the vibrant New York art scene.

“I love New York. It has an incredible energy, there’s so much going on all around you,” she says.

Isabella has lived in New York since graduating in 2014 and is currently working as an art curator in a photo gallery.

“It’s such a dynamic city and everyone’s working on everything under the sun, so it’s very inspiring and energetic. When I come back to New Zealand it’s almost like I decompress a bit, I can relax a little.”

She last made it home for a couple of weeks in December and January, having won a spot in the MIQ lottery. 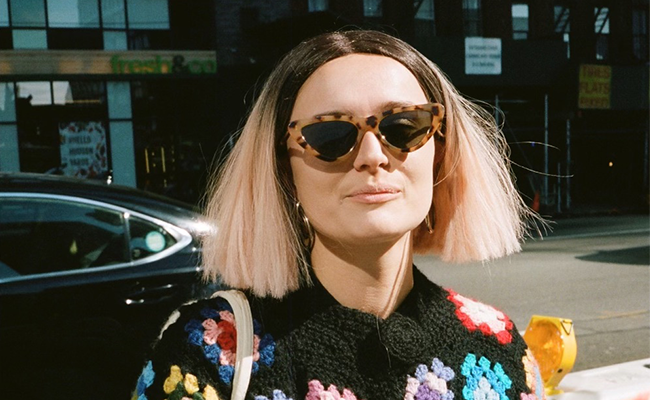 Isabella loves living in New York - 'There is so much going on'.

After finishing her Bachelor of Arts with first class Honours in Art History and Theory, and her Bachelor of Commerce in Marketing Management, Isabella moved to New York to do her MA in Art Business at Sotheby’s Institute of Art, which is attached to Sotheby’s auction house.

She says her Otago Art History lecturer Dr Mark Stocker suggested she apply for the course, after asking around his network for ideas about what someone who wants to work in galleries and in the art world should do in terms of postgraduate studies. She ended up spending two semesters at Sotheby’s New York campus and one semester at its London campus.

One of 120 students from around the world on the course, and the only Kiwi, to gain admission Isabella had to submit a comprehensive written application and then attend an online interview – part of which was an art history quiz in the form of a slide test.

While she says Otago and her professors provided her with the strong foundation in art history that has allowed her to pursue her career, she loved the interesting combination of papers and practical internships in the Sotheby’s degree.

“It sounds kind of vague, but it’s really a mix of law, commerce, marketing and art history papers and a lot of studio visits, gallery visits and hands-on experience in the art industry.”

After finishing her master’s, she was able to stay on in New York on a US artist visa. She says she “bounced around a bit” at several galleries, before getting a job at the Howard Greenberg Gallery which specialises in photography. From there, she moved to her current role as Exhibition and Special Projects Manager at Anastasia Photo, a documentary photography gallery.

“I basically take an exhibition from idea to execution and fruition. I’m working on all the different aspects of pulling it together – the initial outreach, curatorial work, research and development on the exhibition, how it is to be displayed and installation.”

In the last couple of years, due to the pandemic, a large part of her work and most of the exhibitions have been undertaken remotely.

“It’s strange, people you would usually have a lot of facetime with, they’re just a signature in an email.”

But she says the virtual exhibitions have been a great success and now every exhibition is available virtually, using technology such as 3D walk-through software.

“Our clients are very responsive to that. We also have the benefit of working in photography where a lot of people are more comfortable seeing something on a screen.”

The gallery focusses predominantly on documentary photography and photojournalism and works with different organisations to raise awareness of issues and help fundraise for projects.

“We like to produce an exhibition that will educate and showcase important issues, be that social, cultural or environmental, through incredible work by photojournalists and photographers.”

One example of this is an exhibition the gallery did on the Venezuelan refugee crisis, working with the Migration Policy Institute and Amnesty International.

Isabella says the things she loves most about her job are working with the artists, and the way the job makes it possible to come up with an idea or a project and work with the photographers to bring it to fruition. 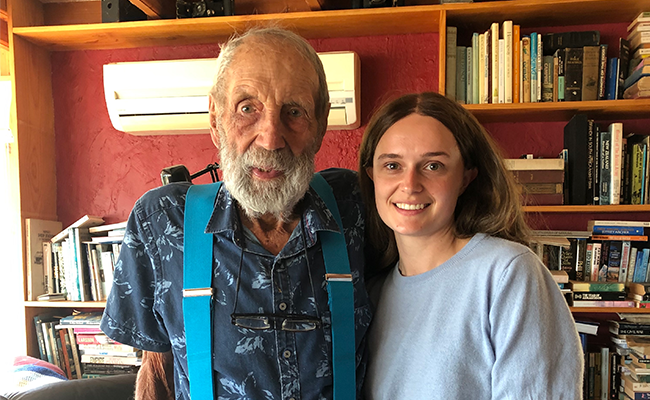 Isabella curated an exhibition of photographs by renowned photographer Peter Bush CNZM, who has photographed the All Blacks for the past 60 years

Her work at the gallery has also given her a chance to connect with Aotearoa New Zealand. In 2019, she curated an exhibition of photographs by renowned photographer Peter Bush CNZM, who has photographed the All Blacks for the past 60 years.

“Funnily enough that was through the owner of the gallery, an American, who had taken a recent interest in rugby. It was right when I started working for the gallery and she was ‘you’re from New Zealand you must like rugby, I’ve seen these photographs would you know how to get in touch with him?’ So I looked around and asked about and in a very New Zealand way he lived a 10-minute drive from my parents’ house [in Wellington]. When I went home, I went round and had a cup of tea.”

Isabella says the MANA: 60 Years of All Blacks Photography exhibition drew a diverse group of people to the gallery, including Irish, French and South Africans, reminding her how international New York is. “We also had people come in and say ‘oh what is rugby?’”

Also in 2019, she worked with David Alsop of {Suite} Gallery in Wellington to curate an exhibition of photographs by one of Aotearoa New Zealand’s foremost documentary photographers, Ans Westra CNZM.

Westra is well known for her portraits of Māori and comprehensive documentation of Māori culture, especially from the late 1950s-1980s. Her entire archive has been digitised by the Alexander Turnbull Library.

Urban Drift was Westra’s first solo exhibition in the US, and the gallery displayed about 20 of her works. “That was very special,” says Isabella.

“I very much enjoyed having the opportunity to work with New Zealand artists, and still have a piece of home with me in that sense.”

During her studies, she says she hadn’t focussed particularly on photography but through her work it is starting to become one of her specialties. Eventually, she would like to work in a museum in a curatorial role.

While living in the city (in Ridgewood, Queens) during the height of the pandemic was very scary – “it was crazy actually, on my walk every day to get out of the house there was a massive portable morgue parked on the street” – she intends to stay immersed in the New York art world for the foreseeable future.

Her favourite pastime is to go walking in the city, visiting museums and galleries, “and eating, the food is amazing!”

“One of my favourite things to do is to plan a day where I need to get somewhere and then I’ll just meander and happen upon what I happen upon. I’ll run an errand in the city but the main thing is the walking around.

“There is so much going on all at once, with a population of eight million on a slow day. The sheer volume of galleries and museums is astonishing and quite hard to comprehend, there are whole districts where all the streets are full of galleries. It’s a really amazing place to be.”