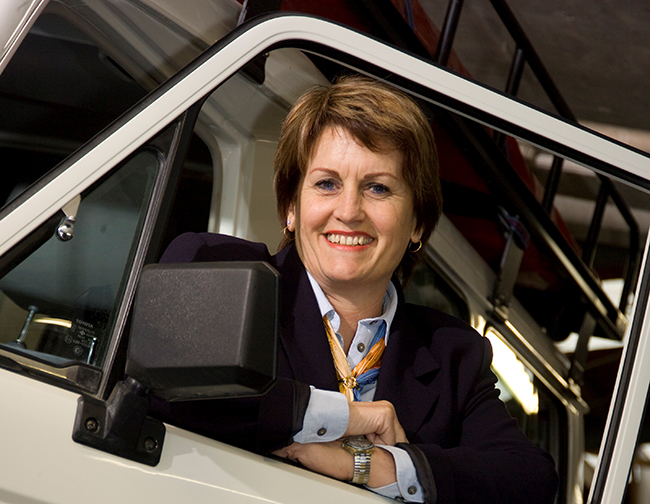 Dr McMahon when featured in Otago Magazine in 2007

The allure of other cultures, paired with a desire to make health interventions that help disadvantaged people worldwide, has underpinned Otago alumna Dr Jennifer McMahon’s long career in humanitarian aid.

It has also recently led to national recognition; Dr McMahon was elected a Companion of the Royal Society of New Zealand Te Aparangi in July.

The Royal Society said the prestigious award recognised the “major contribution” she had made to understandings of nutrition and the provision of global humanitarian aid.

Dr McMahon spent her childhood in Malaysia, Singapore, England and New Zealand, which stimulated an interest in people, culture and language.

She went on to obtain nursing qualifications before gaining a Master of Consumer and Applied Science in Human Nutrition, a Master of Business Administration and a PhD from Otago.

Her nutrition research has been published in top academic journals.

This background led to an appointment as Regional Nutritionist for Africa for the Red Cross, and she oversaw operations between 1991 and 2000.

Since returning to New Zealand she has served on company boards and on the University of Otago’s Centre for International Health’s Advisory Committee, and has supported health-related research here and internationally.

She has also served as an executive member on the Otago Medical Research Foundation’s investment subcommittee.

In addition to these research-related commitments, she serves as President of the New Zealand Red Cross and has supported aid relief activities in the Pacific Islands following recent natural disasters.

During her career Dr McMahon has also been awarded an Outstanding Service Award by the New Zealand Red Cross (1989) and the Florence Nightingale Medal by the International Committee of the Red Cross (1991). In 1993, Dr McMahon was made a Member of the Order of the British Empire. Her latest honour is one of six handed out this year for ‘outstanding leadership or sustained contributions to promoting and advancing science, technology, or the humanities in Aotearoa.’

What’s behind your involvement in organisations like Red Cross and the Otago Medical Research Foundation?
I remain interested in learning about other cultures, and through working with the Red Cross could do this while living within communities.

With the OMRF I saw the value in being able to allow potential new researchers to test their interest through Summer Scholarships, and it represented a good opportunity to seed new research.

How did Otago help to shape your life and career success?
A master’s in Human Nutrition meant I could attain the job I wanted - the Regional Nutritionist in Africa for the International Committee of the Red Cross.

Any highlights from your university days?
The highlight of my time at Otago has been the learning!

Any favourite or standout lecturers?
At the Department of Human Nutrition, Professors Jim Mann and Murray Skeaff; when doing the MBA, the mix of academic and industry experience made the learning particularly relevant.

What are your career or personal highlights?
Seeing real and positive outcomes for individuals, families and communities.